How to Make an Instant Pot Pumpkin Cheesecake 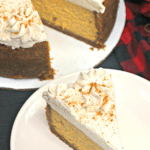 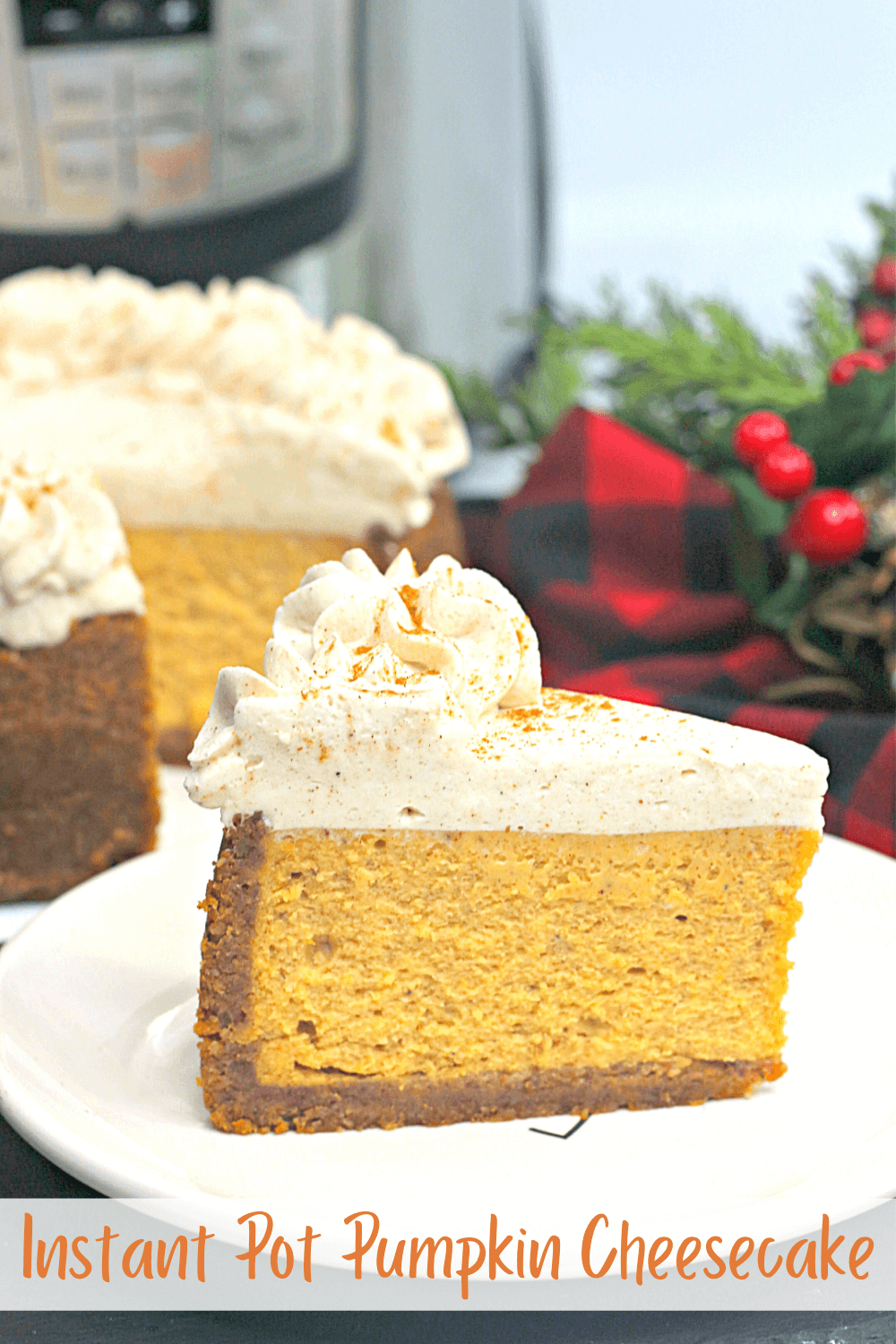 There is just so much you can do with an Instant Pot, like make Instant Pot Pumpkin Cheesecake! Isn’t that a delicious treat for the Fall season? This post contains affiliate links.

What do you need to make cheesecake in the Instant Pot?

How do you make an Instant Pot Pumpkin Cheesecake?

Begin by spraying the springform pan with non-stick spray. Then, after combing the ingredients for the crust, press it into the bottom and sides of the springform pan. I like to use my hands first and then something harder like the back of a measuring cup to really press it in.

Optional: Add Nuts to the Crust

Next, using an electric mixer, beat the cream cheese and sugar together until it’s light and fluffy. Add the rest of the ingredients in and mix until it’s creamy and smooth.

Transfer the cheesecake batter to the pan and pour over the crust. Cover the springform pan with foil.

How do you cook a Pumpkin Cheesecake in the Instant Pot?

Put the pot inside the Instant Pot and then add the trivet. Next, pour in 1 1/2 cups of water.

Carefully place the springform pan on top of the trivet.

Carefully open the lid and remove the cheesecake. Let the cheesecake sit for an hour before putting it in the fridge for at least 4 hours, preferably overnight.

At this point, you can be done with the cheesecake and serve it as is without any topping. Or, you can add Cinnamon Whipped Cream to the top of it. Fresh whipped cream can get runny if made ahead of time, so I recommend doing this just before serving.

Beat together the heavy whipping cream, powder sugar and cinnamon until stiff peaks. I like to do this with the electric mixer because it’s faster, but you can also do it by hand with a hand whisk.

How to Create a Fortune Teller Halloween Wreath