We love to make designer flavor cupcakes that are artfully crafted in small batches.  Flavors such as those reminiscent of childhood like Cotton Candy, Grape Soda & Bubblegum.  We are always working on new flavors to surprise your taste buds.

Beginning September 1st, we will be headed to farmer’s markets and fairs to share our goodies.  Join our Facebook page to learn about upcoming dates as they are posted. 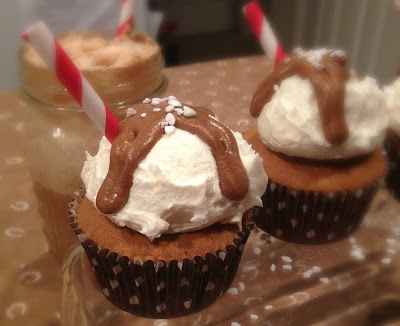 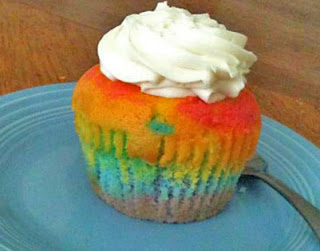 Embellishment examples can be things like gumballs, tiny sugar cookies, etc.  Let me know what you’re wanting and we can figure it out.  Here is an example of tiny sugar cookies on the bubblegum flavored cupcakes.

Your cupcakes will come boxed together.  We can also make cupcakes into single serving sizes as shown below.

Your cupcakes look WONDERFUL!
I love cupcakes (Orange Cream sicle has always been one of my all time favorite flavors).
I’m in college to become a pastry chief and it’s super good to see people with passion and creativity doing what they love 🙂
Anywho, I just wanted to say they all look great.
Yummy, Yummy

These are absolutely amazing cupcakes. I’d love to taste one of the lemon blueberry ones. Yum!