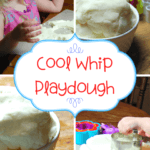 We have another play dough recipe coming your way.  It’s Cool Whip Play Dough!  I know a non-dairy whipped topping like Cool Whip might be a little unconventional, but I had this theory that the hydrogenated fats in Cool Whip would make a fun play dough.  I’d say it’s like cloud dough. 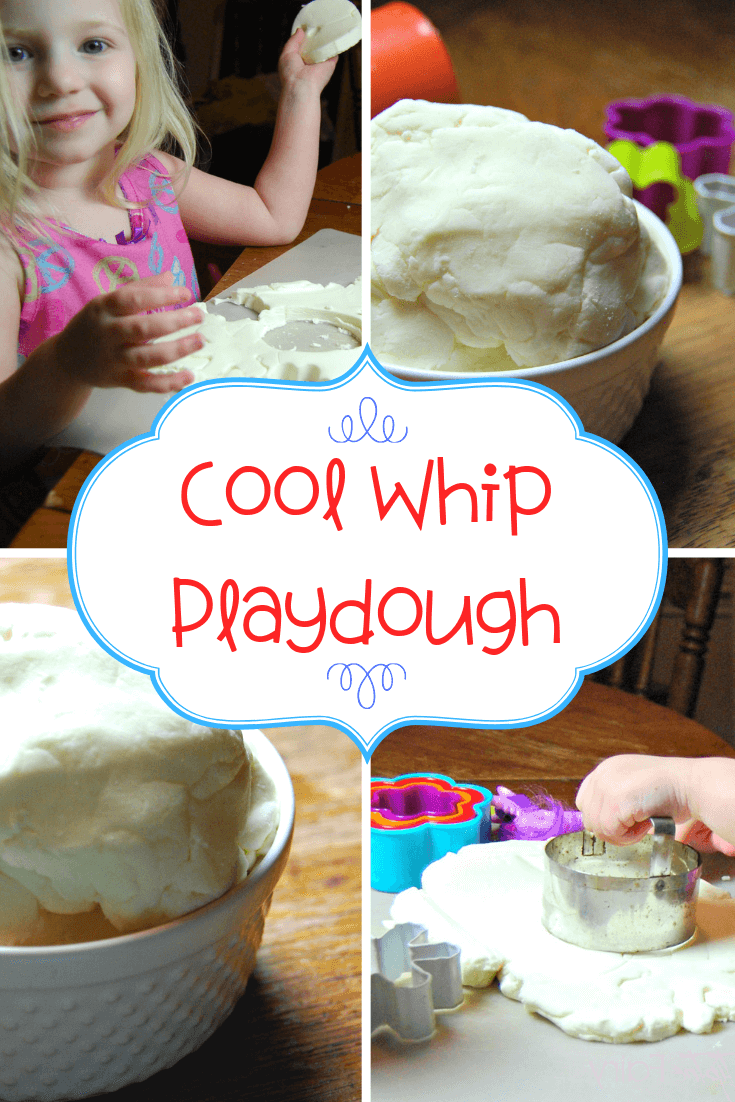 I decided to go with the extra creamy whipped topping because I thought it might give us some extra oomph in making the play dough.

This was a strange experiment.  In the beginning I started to doubt myself and thought this was not going to work.  But, in the end it actually came out great. 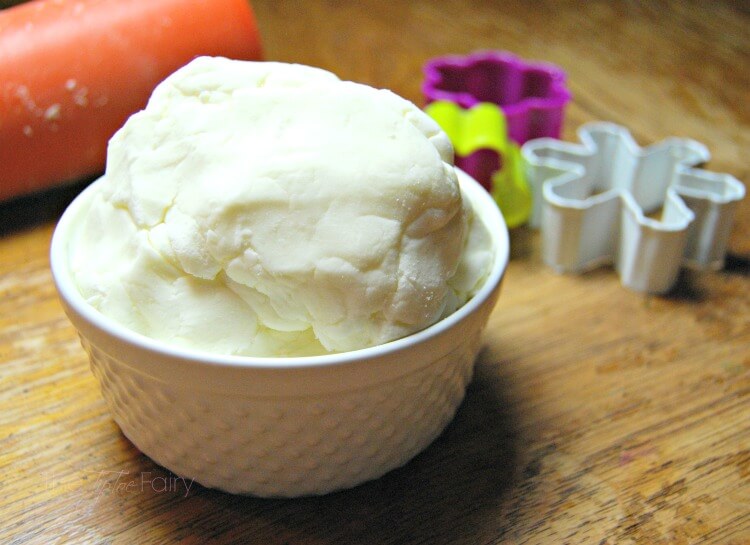 If you want to color your Cool Whip Play Dough, I recommend doing so while it’s in the goo form before you refreeze it.  We decided to keep ours white for a cloud-like look and feel.

I packed up the goo and put it back in the freezer.  About 12 hours later, I had more corn starch and proceeded to mix in about 2 to 2 1/2 more cups into the Cool Whip.  Then, I kneaded it for a few minutes before letting my daughter play. 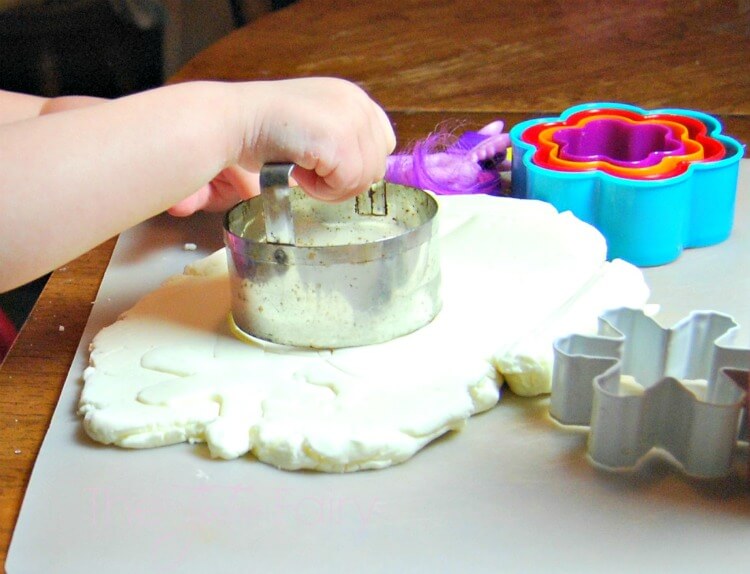 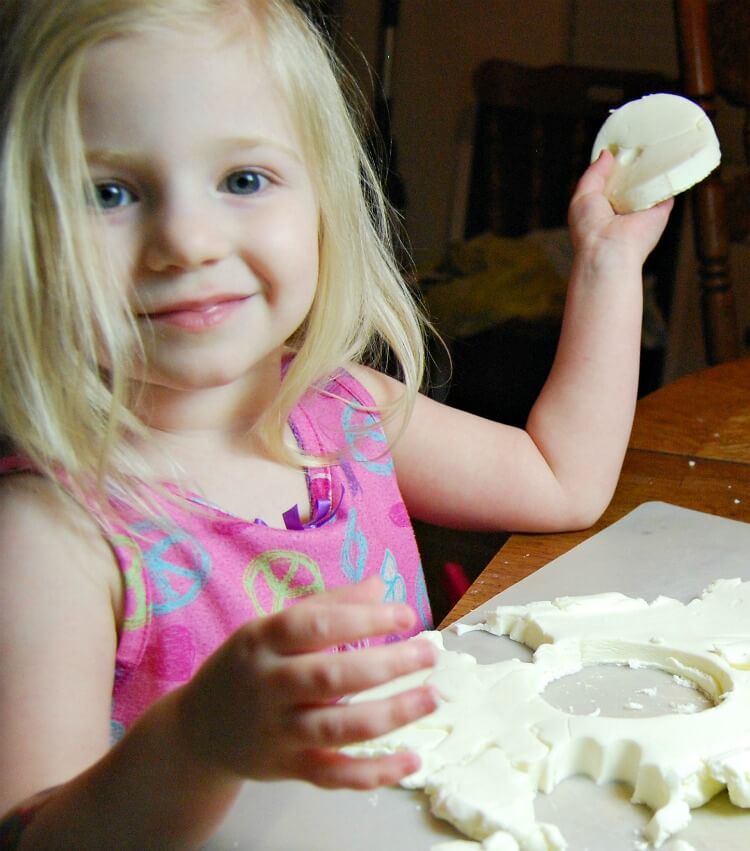 The fun part was that it was freezing cold.  This was a great sensory activity for the kids.  They loved playing with it when it was cold.  We made snowmen and cut out snowflakes with a snowflake cookie cutter. It eventually warmed to room temperature, but the pliability stayed the same as when it was cold.

Play dough made from cool whip? Yep, you read that right!

Under the Sea Party Pretzels

Love is in the Air at McAlister’s Deli

Wow! That sounds like a great idea. I am a relatively new mom and I freak out over my little man putting things in his mouth.

What a super idea! I am a former kindergarten and preschool teacher and stuff in the mouth is always a concern. Your model is pretty cute, too! 😉

This is so neat!! My girls would love doing this!

I am amazed at the things you have been making playdough out of! Who would have thunk it?? It sure does keep the kids busy though1