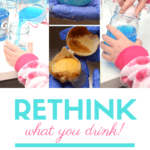 My middle daughter is in 4th grade, and this year they decided to host a science fair.  Everyone in 4th and 5th grade were required to participate.  We decided to do an experiment on tooth decay, but we used eggs.  Eggshells are very similar to tooth enamel in that they both are made from calcium. 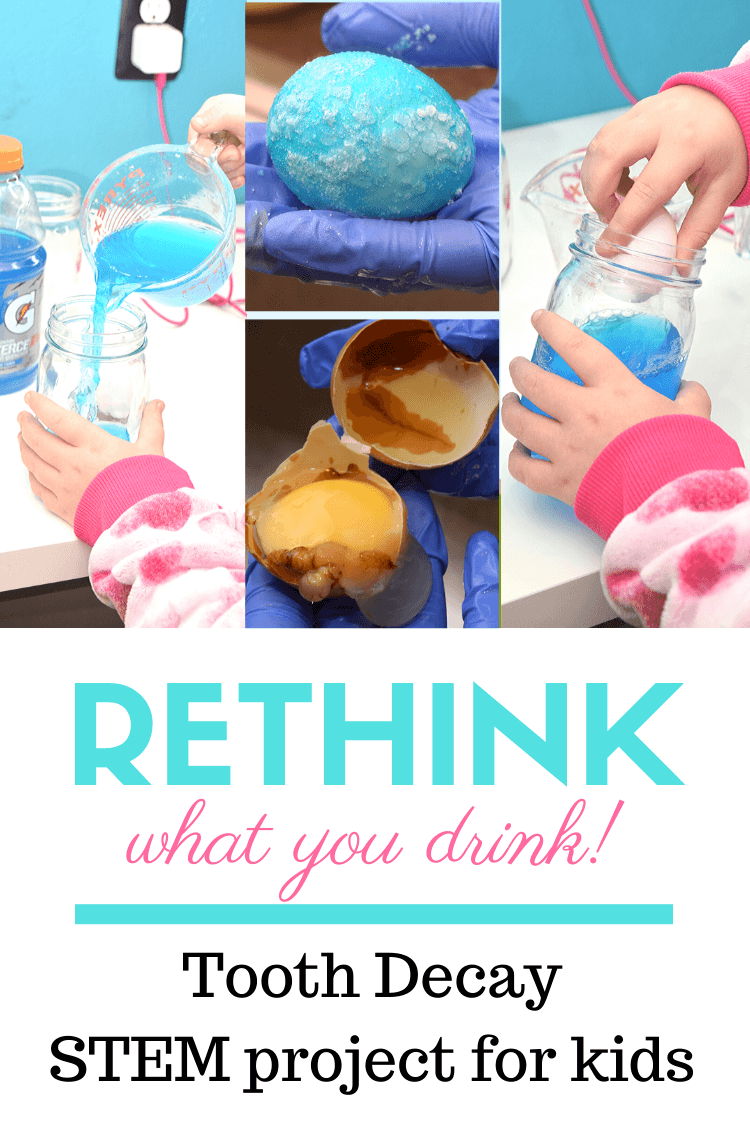 This is a fun STEM experiment that will really show your kids what can happen to their teeth when they don’t brush.

My daughter thought that the drinks with the most sugar would cause the most tooth decay.

I have seen this science experiment using vinegar, but we chose to concentrate on actual drinks people like to drink.  Nobody really drinks vinegar. 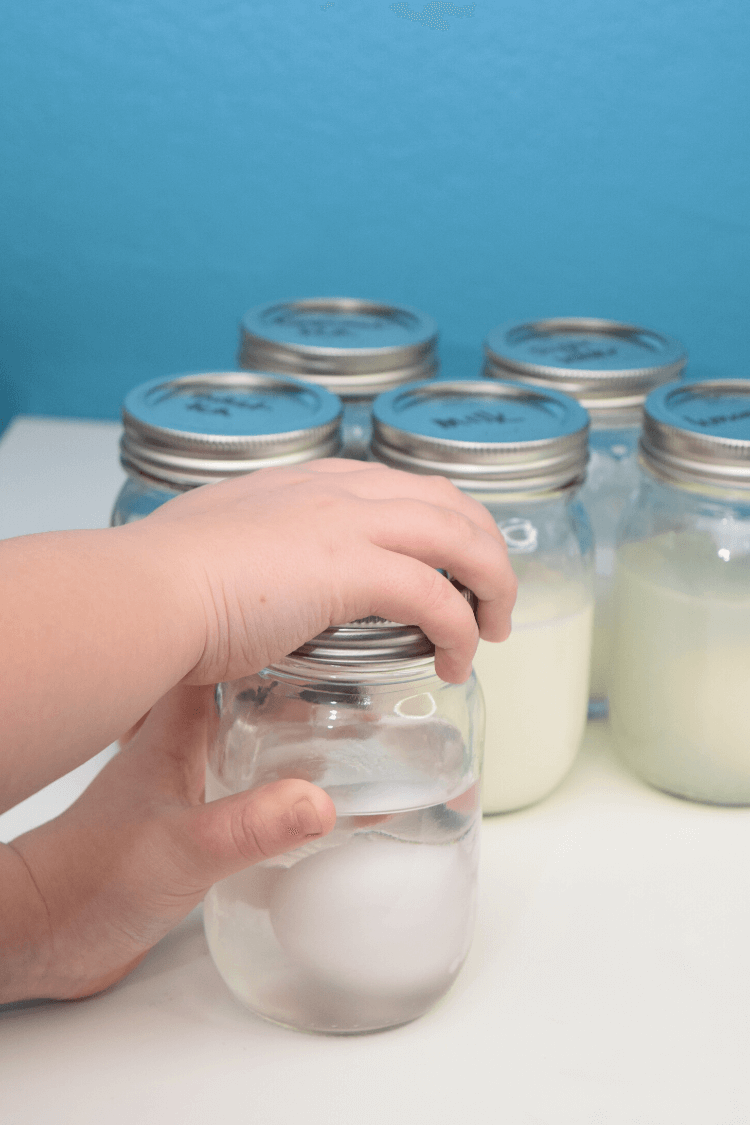 My daughter chose 10 different drinks, and then we added regular water and sugar water as controls.  Here are the drinks she chose: 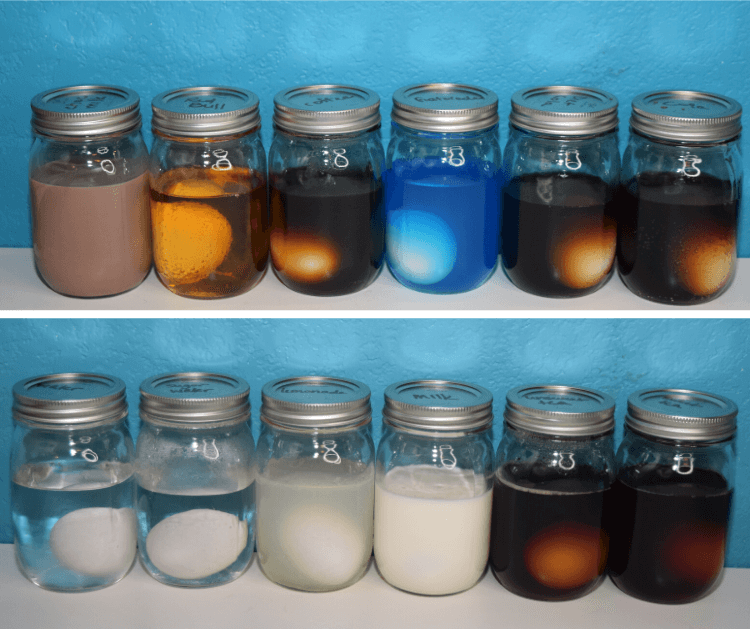 We used 12 mason jars and added 1 cup of each liquid for each jar.  Then, she carefully put white eggs into the drinks.  We let them sit for 7 days on the counter, and then on day 8, we opened them. 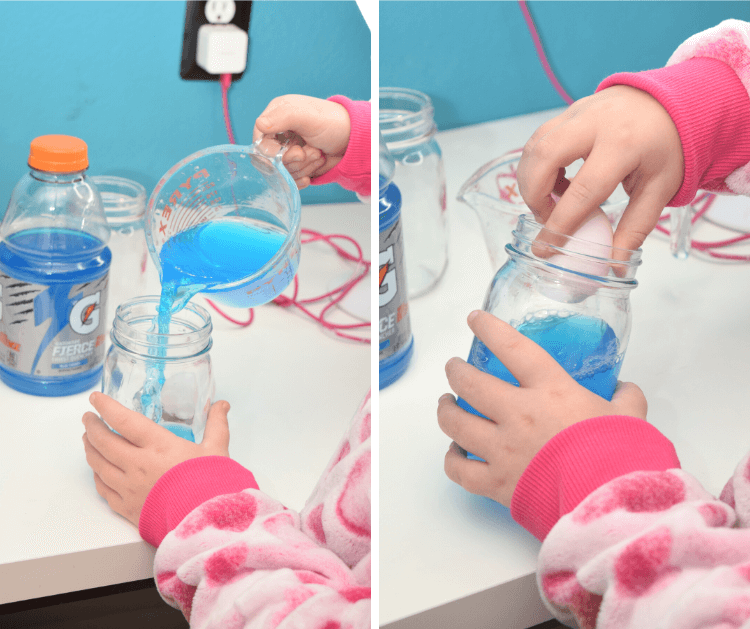 Over the course of the week, we inspected the jars and took notes on what was happening. 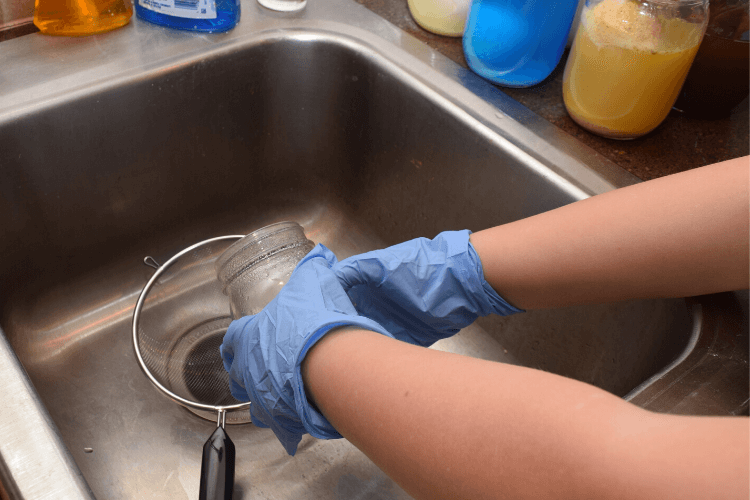 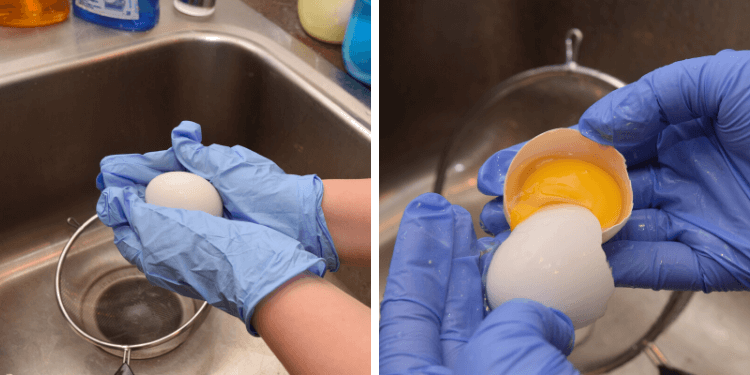 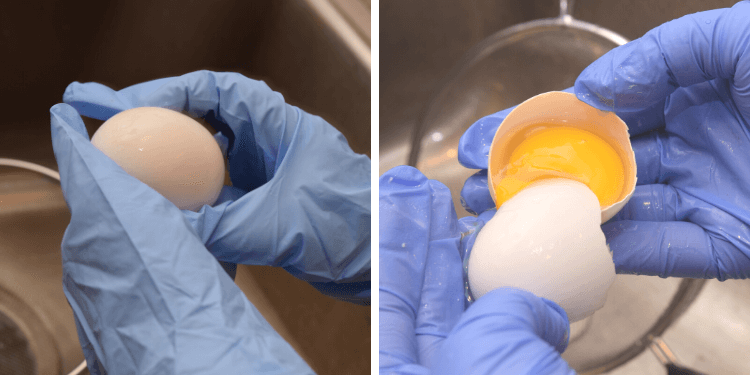 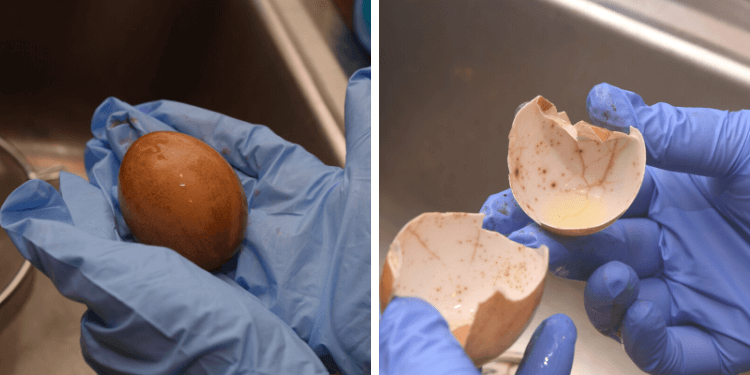 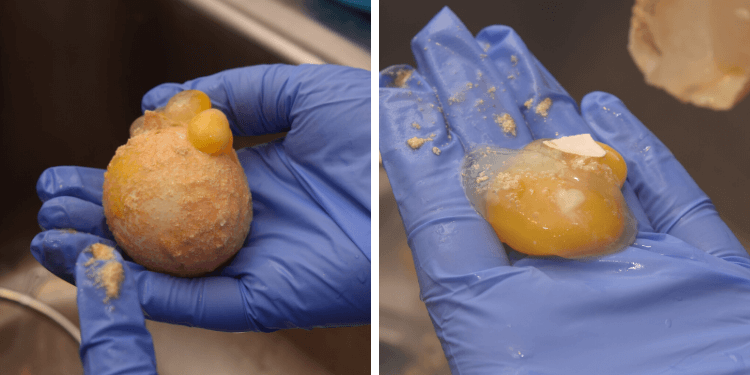 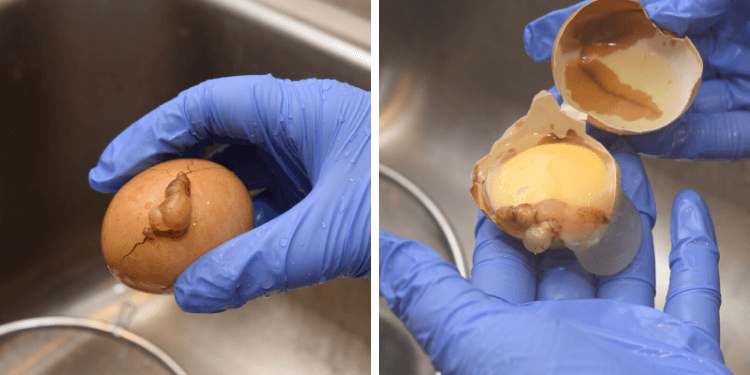 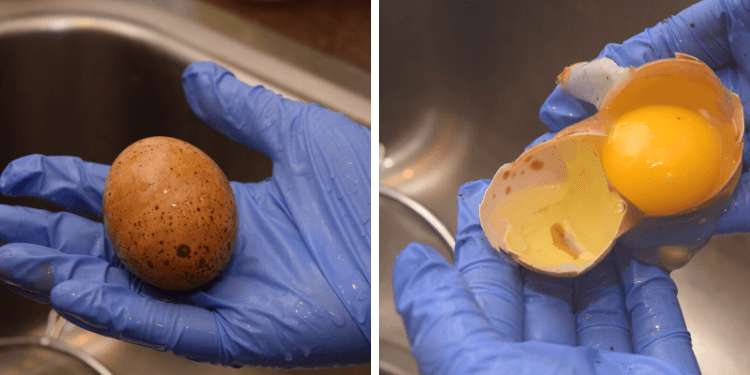 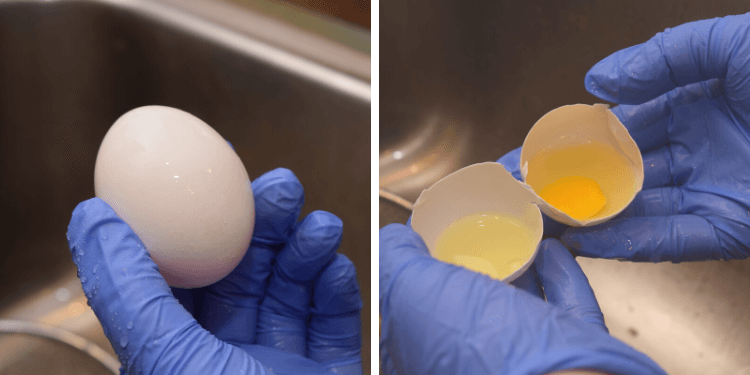 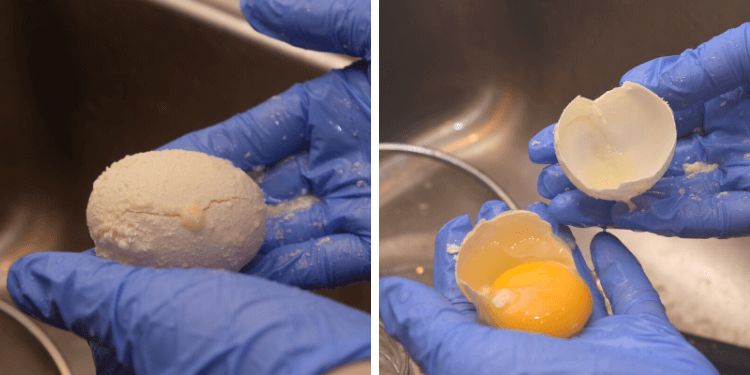 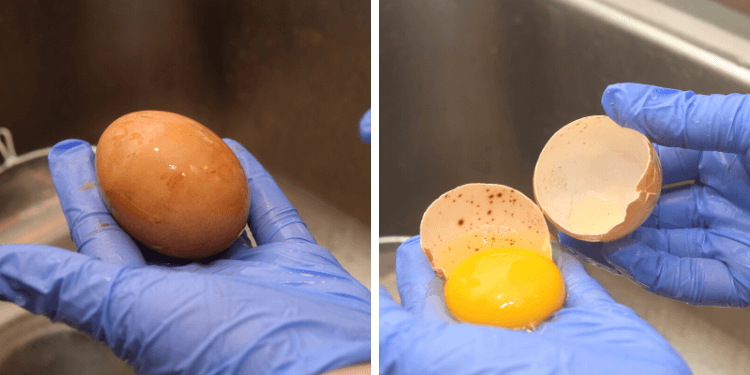 Sweet Tea – Outside Medium Dark Staining, Intact Shell with some rubbing off, but still hard, speckled dark brown spots inside 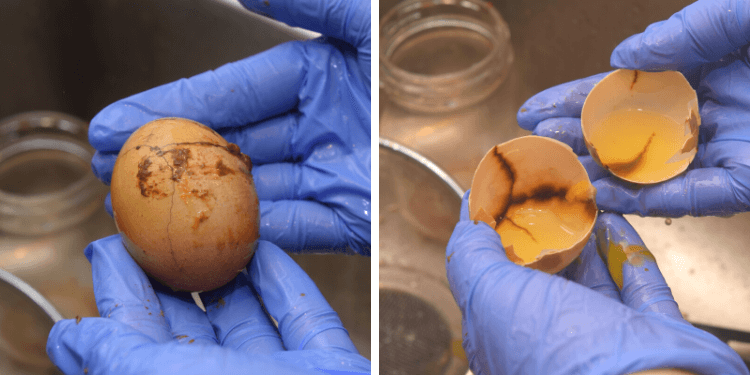 Unsweet Tea — Outside Medium Dark Staining, Cracked Shell with very dark staining inside at the cracks.

Our results showed that drinks with acid had eggshells that were dissolving or cracked more than any of the other drinks.  Unfortunately, companies do not have to share the amount of citric acid in a drink, so that could not be measured.

Red Bull, Lemonade, Coke Zero, and Gatorade all contained acid, and all had dissolving eggshells.  Lemonade with 40 grams of sugar had the highest sugar content and had damage and a dissolving shell, but Coke with 39 grams of sugar did not have a cracked or dissolved shell.

Interestingly, Red Bull and Gatorade begin to bubble and dissolve the eggshell as soon as the egg was put into each of them.

The sugar water, which had sugar in it, did not show any damage to the eggshell.  This result combined with the results from the more acidic drinks made us think that acid has a big part in tooth decay.

The darker drinks like coffee, tea, and Coke all really stained the eggshells, but this staining did not correlate with dissolving eggshell.

One thing I found interesting is that whole milk made the eggshell whiter, and it did seem a little stronger when I cracked it.

How did she do at the science fair? 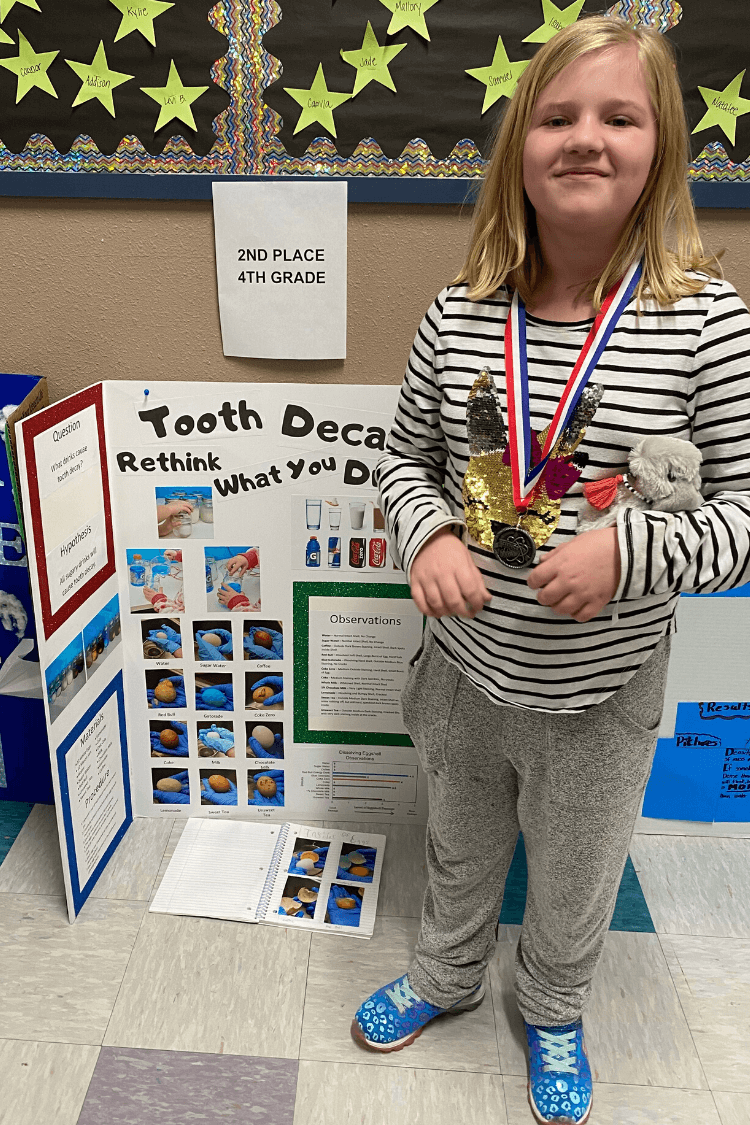 She got 2nd place for the entire 4th grade!

How to Cook Baby Back Ribs in the Instant Pot