This post was sponsored by The Allstate Foundation as part of an Influencer Activation for Influence Central and all opinions expressed in my post are my own. 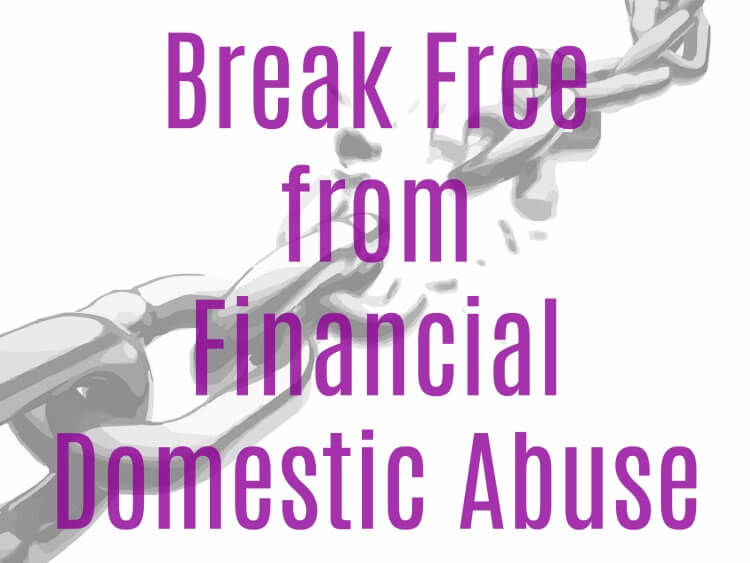 There is an aspect of domestic abuse you don’t often hear about — financial domestic abuse.  Financial abuse is a form of domestic abuse.  It occurs in 99% of all domestic violence cases and is the #1 reason victims stay in or return to an abusive relationship. It happened to me, so it’s something I feel passionately about to show other women there is a help.

Do you know the signs of financial abuse? Here are some examples:

When I was 19 years old, I married a man 13 years older than me.  I was in college, but I pretty much went straight from my parents’ home to his.  I thought I was in a storybook romance as he made a great salary and I could be a stay-at-home mom.  I soon learned he was not what he seemed.

The red flags began shortly after we were married like my new husband’s bad credit. He had a whole story about how it wasn’t his fault, and it was just a one-time thing.  I believed him, and we got credit cards in my name. 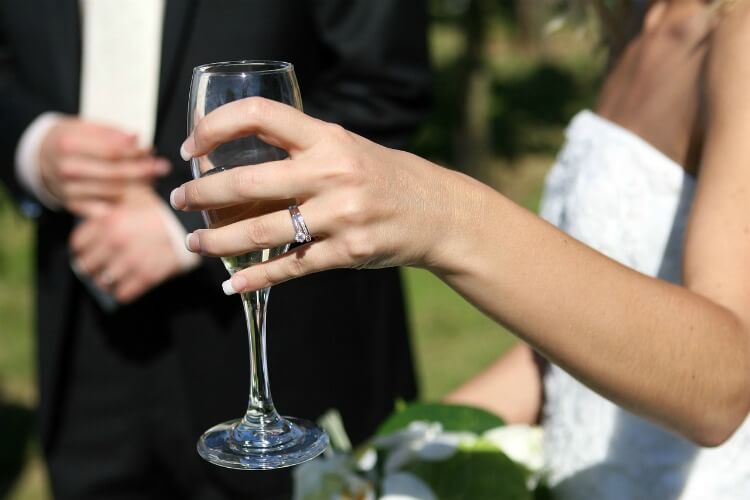 I was young and naive, and he was able to manipulate me into believing that it was his job to take care of the finances.  I didn’t need to worry about anything.  I overlooked so many things like how our bank was the on-site credit union at his work. We lived in an apartment, and he was the only one with the key to the mailbox.  He also took all the bills to work where I could never see them.

When we would get phone calls asking for payments, he would tell me they were wrong because he had already paid the bill. This was in the 90s before the easy access to bill paying online we have now.

Eventually we moved to a rental house, and I finally had access to the mail, and a lot of bills were now being paid online.  I could see he was lying to me, and he wasn’t paying bills or paying them very late with tons of late fees.  It wasn’t because we were out of money as he made over 100K a year.  It just made no sense why he did this.

I had it out with him after discovering how he rarely paid bills because my credit was now ruined.  He cried and pleaded and promised to do better.  I had just had our first baby so I wanted to believe him and wasn’t in a position to leave.  Things seemed to get a little better for a few short years.

Then, a few days after our second child was born, I got a thick envelope in the mail. I opened it to find car loan documents in my name.  I thought my identity had been stolen.  I went into a panic attack and called my mom sobbing.  Then, I called him.  He broke down and confessed that he had signed my name and gotten a loan using my car to pay off some bill.  This was the car my parents gave me when we married and was in my name only. 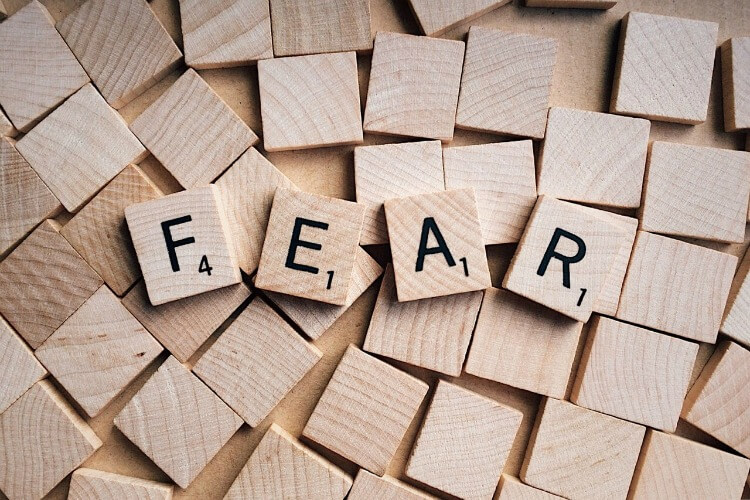 He lied to me so much I couldn’t tell what was true about anything he said.  It was more than this though. He was also an angry and controlling man. He never outright hit me, but he had scary road rage.  He threw things that would hit me, and he would purposely break mine and the kids’ things.  After 12 years, I couldn’t live this way and allow my children to think this was normal, but I felt trapped as I had no financial means to leave.

At this point all I could see was the hopelessness of the situation I was in.  I was 30 years old. I was a stay at home mom with little job experience. My credit was ruined, and I had little access to money.  I wasn’t sure where to turn to get out, and it felt humiliating to ask for help.  So, I stayed.  A few months later, I finally felt desperate enough to ask my mom if the kids and I could move in.  She wasn’t sure and wanted to talk to my dad about it. 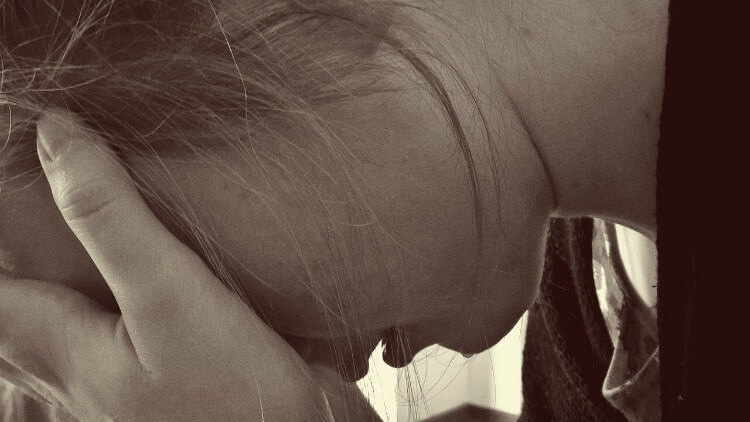 A couple months later my mom came to visit, and she saw the depression I was quickly falling into.  I think it scared her because the entire time she was there all I could do was cry.  I know it scared me as I had never experienced anything like depression in my life.

She helped me pack up that afternoon and took the kids with her while I waited for him to come home from work.  I told him I couldn’t do this anymore and was leaving. He acted like it was just fine and didn’t seem angry at all.

Little did I know that as soon as I left the house, he changed all the banking passwords and canceled my cards to “protect” himself.  He knew I had no source of income, yet he abandoned us financially.

This all happened smack dab in the middle of the 2008 recession. Thank goodness my parents are fairly well off.  They were able to financially care for all of us and pay for my son to go to preschool while I searched for jobs.  It took me three months to find a job, and I searched for truly anything.  But, the pay wasn’t enough for me to move out on my own with the kids and pay daycare, too.  My husband didn’t help pay anything.  It took almost a year before we officially divorced and child support began to arrive automatically taken from his pay.

I can’t tell you how hard it was those first few months.  I cried a lot and felt so alone, and I thought long and hard about going back.  Many women aren’t as lucky as I was to have family help them out.  I honestly don’t know where I’d be today without my parents helping me. 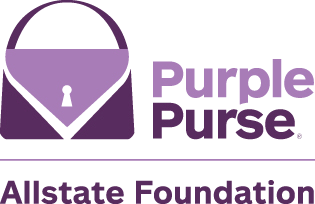 You can help support this organization, get resources, and learn more by visiting PurplePurse.com and donating today!

The Allstate Foundation drives fundraising for local, state and national nonprofits that provide crucial financial empowerment tools and resources to survivors of domestic violence. You can support these efforts by visiting PurplePurse.com and donating today.

The Breakdown with a mini Ice Cream Cake

I’m so happy that things like The Allstate Foundation Purple Purse exist. Financial domestic abuse (domestic abuse in general) is such a horrible situation to be in. These are great tips and guidelines for breaking free from financial abuse.

I really had no idea about financial domestic abuse. I love to spend my husband’s money, but he can spend it, too 😉

I’m glad that you had your mom to help you out of that situation. I know financial abuse is real and it is great that Allstate is helping people in this situation!

I’m so sorry you had to go through all of that and thrilled that you were strong and overcame it all. It’s so great that Allstate helps people in situations like this.

I’m so sorry you dealt with this! I grew up in an abusive home and financial abuse was one of many ways my parents were abusive to each other and to us. It’s a very horrible thing, but it’s nice to hear about organizations trying to help!

Oh wow, I have never been in a financial relationship with anyone before my husband. And we keep separate accounts and transfer money back and forth if we need to.

Wow, I am so sorry that you had to go through this. That is so awful and no one should have to deal with what you dealt with.

I love that allstate is doing this. Unfortunately I have heard about people who are financial abusers, and it’s a shame. :/ I can’t even imagine having to deal with it.

I’m glad to hear that you’re were able to get out of this abusive relationship. Thanks for sharing your story.

What any incredible story of survival, that is crazy. I never thought about financial abuse but this is exactly what it was. It’s good to know that help is out there.

I had never heard the term Financial Abuse, but it completely makes sense and it’s good to know that you’re putting it out there so that more people can protect themselves and know about Allstate’s foundation for this.

I salute you for being so brave in getting away with an abusive relationship. I also love the fact that help is available in this kind of situation.

Awe sweetheart, bless you. I am so happy you were able to get out of that and be where you are today.

I am so happy that Allstate was able to get you back on your feet. No one deserves what you went through.

I am sad to hear what happened to you. I wish more women didn’t just let their husbands take care of the bills and are not aware of the financial situation of the household. I happy that there is an organization that help women out in this situation.

I can only imagine how hard it was at that time. It’s amazing you had help from your parents, you are lucky. We both are from a country in which is customary that couples shared their finances. We have a joint bank account and I can’t imagine any other way, it’s been like that since we moved in together many years ago (before we got married). We both know how much the bills are and we both decide on everything, from small things like switching from Virgin to Sky to important purchases like the house and the car. It’s scary to think someone can’t chose for themselves.

This is a great post on financial abuse by a spouse. The The Allstate Foundation Purple Purse organization is an amazing source for those going through this abuse to seek help. Thanks for sharing this video and the awareness for financial abuse.