My oldest daughter attended the Forensic Science Camp at Sam Houston State University in Huntsville, TX.  It was a week-long camp, so while she was there, we had ourselves a road trip all around the area.  One of our last stops before we picked her up was the Texas Prison Museum, which is also in Huntsville.  Huntsville is where the state prison is, and it’s full of law enforcement.  SHSU has a huge program for criminal justice.  If you want to work in law enforcement in Texas, it is the place to go. 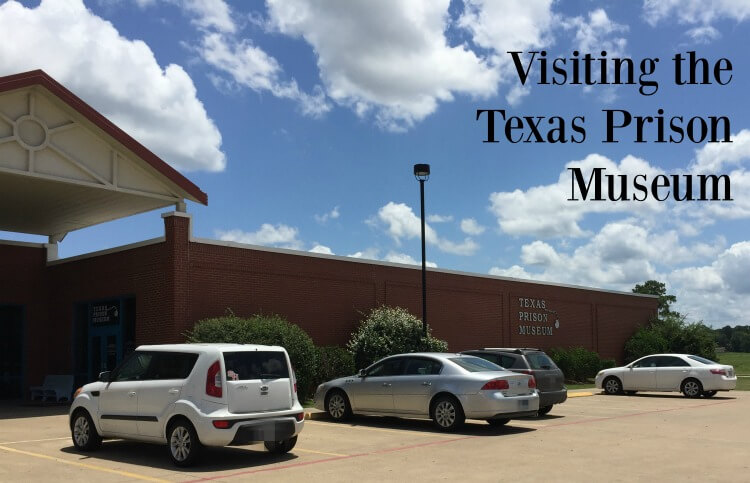 The first time we visited the college, we saw the prison museum and were intrigued, so we made sure we had time on the way back to stop and check it out. It’s $5 for adults, $3 for kids, and under 6 is free.  Plus, they have discounts for military, seniors, and SHSU students. 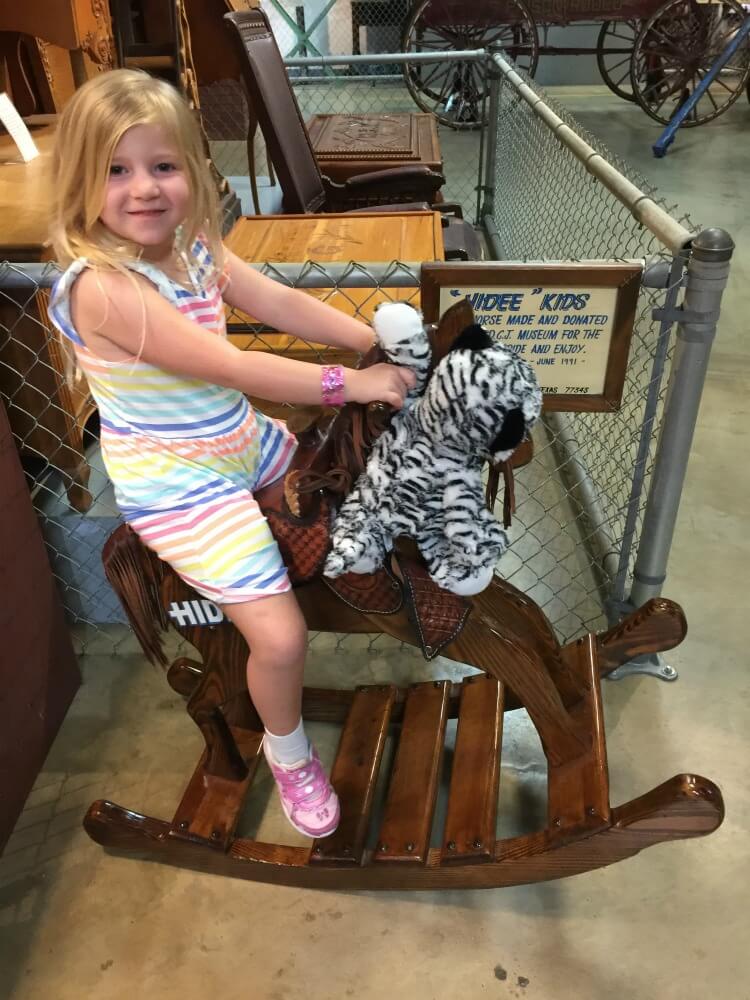 All around the museum there were pieces of woodworking for sale including rocking horses that had been made by the prisoners.  They were all very beautiful.  This rocking horse was the one that kids could actually play on, and it was also made by some prisoners. 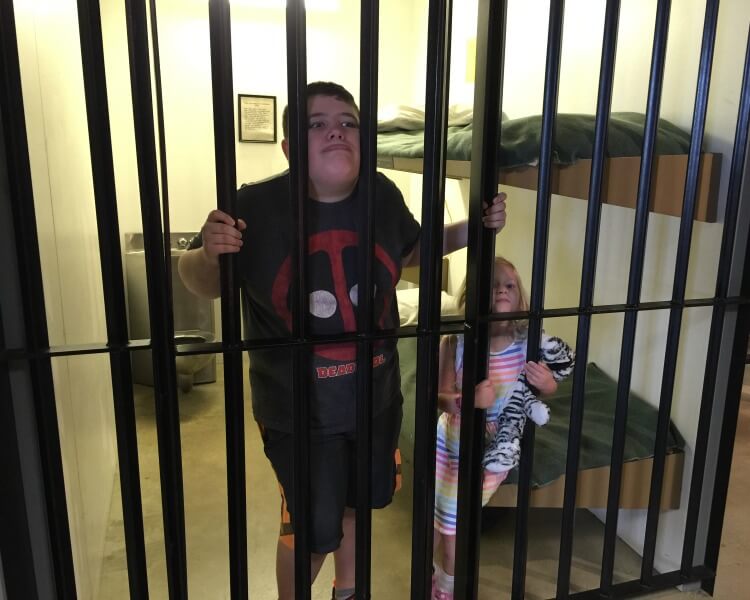 There was a mock jail cell to see what it’s like living in prison.  In Texas, they also have no air conditioning in the prisons, which I could not believe.  I can’t imagine being a prison guard. It gets up to over 100 degrees in the summer time. 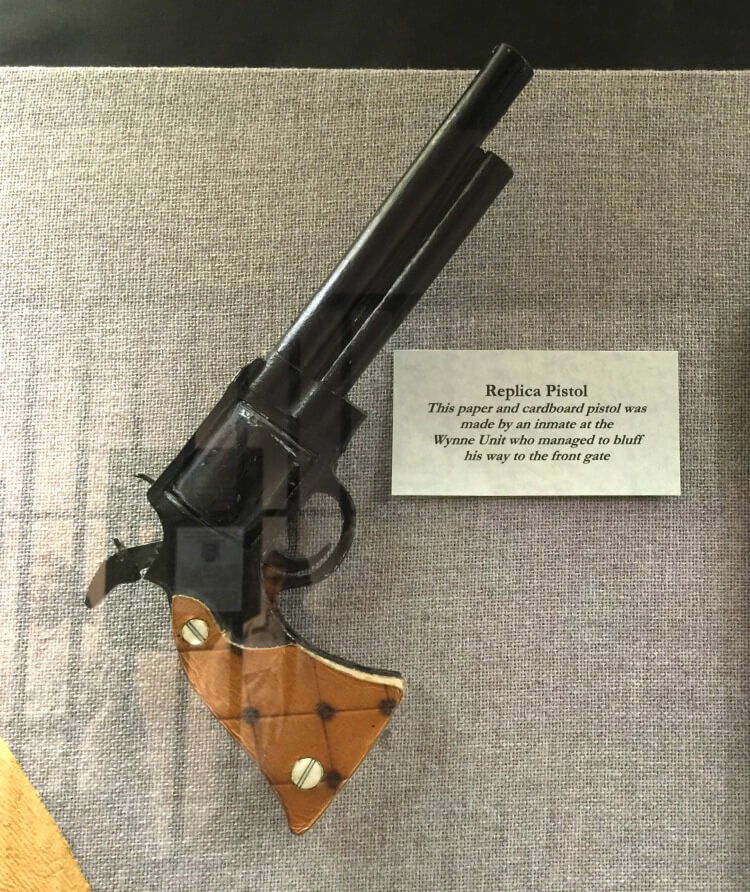 There were many stories of prisoners attempting to escape or did escape and how they were caught. 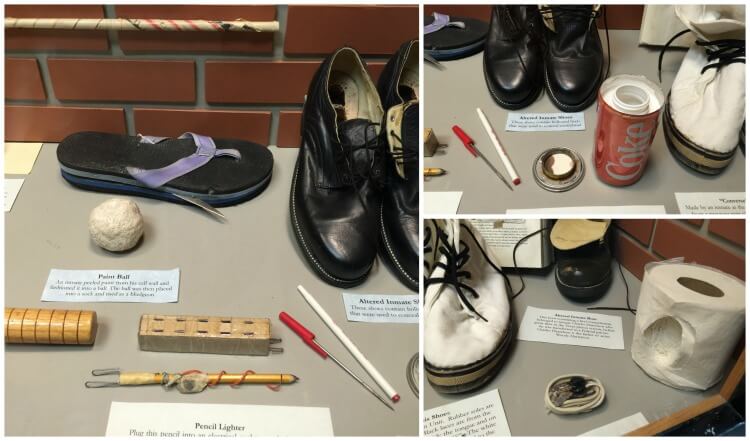 One of the exhibits I found interesting was the weapons created by prisons and how they hid them. 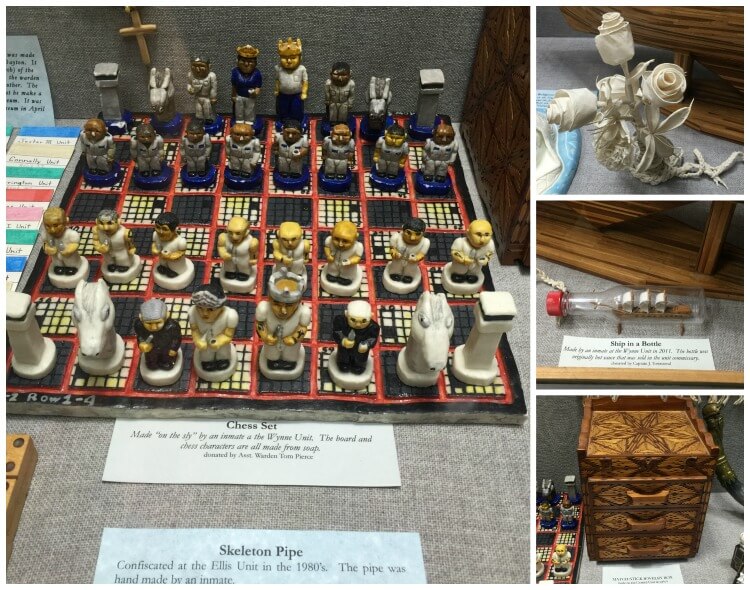 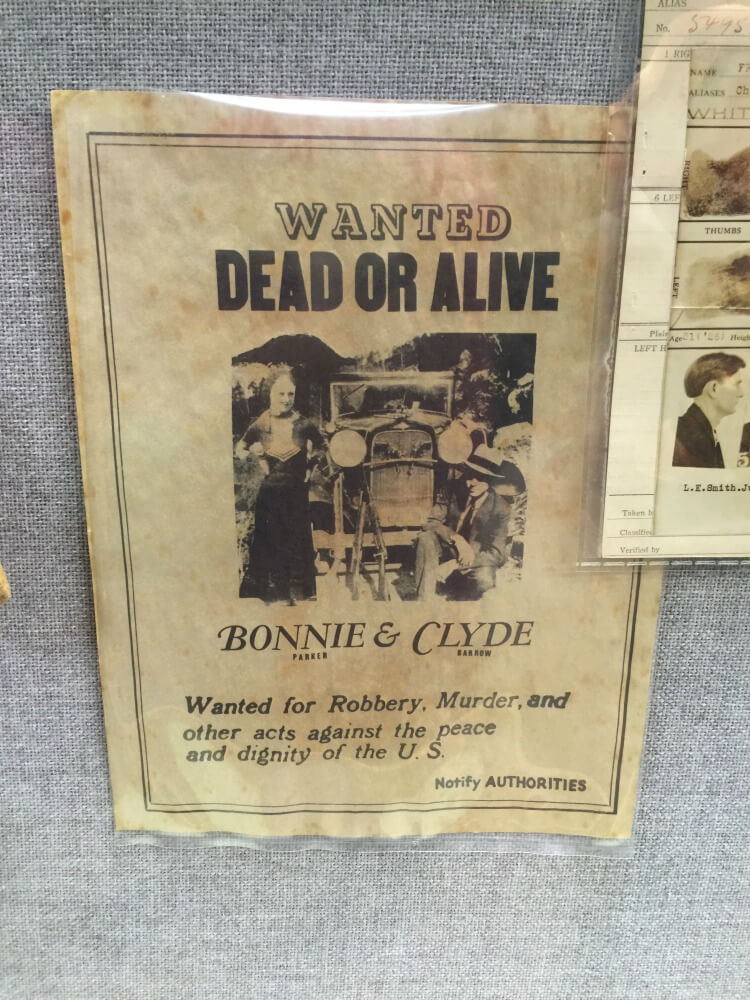 If you are interested in the story of Bonnie and Clyde, they have lots of exhibits you can read about.  They even have a bit of mystery on their hands where they found guns labeled Bonnie and Clyde in storage at the prison, but they don’t know a whole lot about them or how they were used. 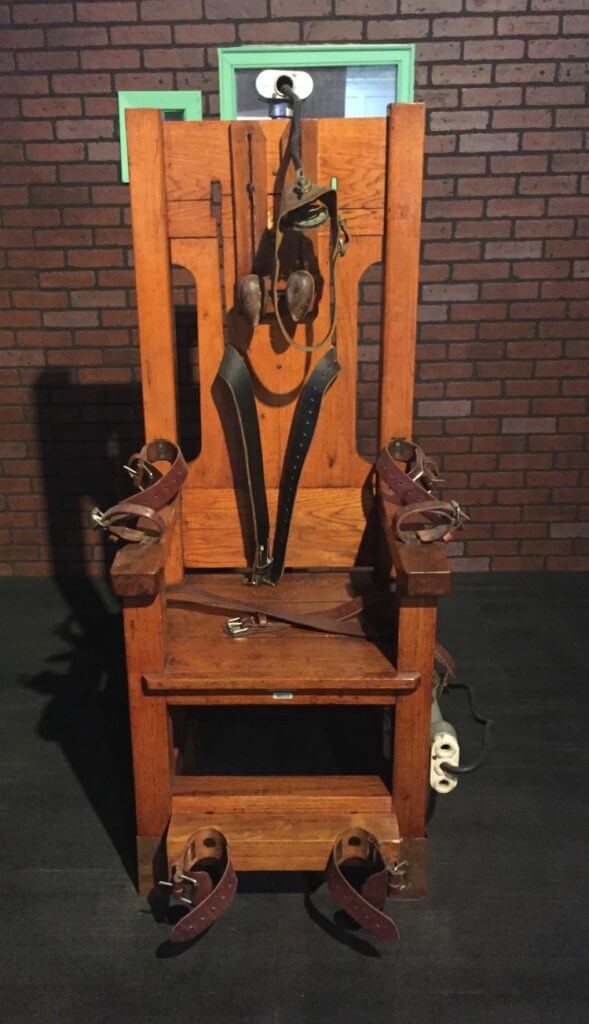 In 1924 the State of Texas took control of all executions and made electrocution as the method. One of the most chilling exhibits at the Texas Prison Museum is “Old Sparky,” the decommissioned electric chair in which 361 prisoners were executed for 40 years between 1924 and 1964. It was actually made by prison workers and was in storage at the Walls Unit Death House, where Death Row is located, before it was donated to the museum.

My husband seemed offended by the flippant attitude of “Old Sparky” with t-shirts and glasses all made with images of it in the gift shop.  It took him a little while once we left to shake it from his system.  I can see his point of view, but I thought it was a very interesting place to learn about the history of the Texas prison system.

Next time you’re on a road trip down I-45 in Texas, you might want to stop by the Texas Prison Museum.

What a neat experience to have. A museum that is from a Texas prison. Love the idea of seeing how prisons were back in the day!

Whoa that electric chair scared me. I love learning about old prisons and this was a fab post with images to show me.

What a fun museum to visit and learn about. The electric chair would be kinda creepy but neat to see at the same time.

My older niece would definitely love to visit. I like that she likes going to places where she can learn – she has such a broad mind!

I would love to see that! I love checking out museums anyway, but when there is stuff from the actual place from the time in history!

Forensic Science is something I am veryinterested. This looks like a place I want to explore.

Forensic science camp sounds wonderful! I want to see if we have that in my area. What a great time you had at the museum. Thanks for sharing!

The Texas Prison Museum sounds like a great place to visit indeed for the whole family. We have always been into history and love visiting museums. This one looks very interesting and if we ever get to Texas it is a place we will be seeing for sure. Thanks for sharing your experience.

That sounds like a great museum to visit. I love checking out museums. I know I’ll be checking out this one if I’m ever in the area. It looks very interesting.

What a fun place to go! I remember visiting Alcatraz in San Francisco as a kid, and I loved it! It was spooky… But it was fun nonetheless!

This is kinda cool. i love that bonnie and clyde wanted poster. i would have def grabbed a pic of that as well.

I absolutely love museums and the weirder they are the better! I’m definitely going to have to check this out if I ever find myself in Texas.

This looks like such a cool place to visit! If I had the financial means, we would totally take a trip down just for this.

This is a cool attraction. I know that prisons are necessary. I love hearing about inmates who were rehabilitated and go on to lead a successful like after prision. There is even a church ministry for the inmates at some of the prisons in Texas called Kiros. I’ve heard stories from my husband. The inmates love the kiros program bc they get real food like salad and cookies. They say you will seen grown men crying their eyes our bc the ministry helped them find Jesus.

What a super cool museum. I would love to go and check it out someday.

That is so cool! We love going to museums. We’ll check that out if we’re in Texas.

Wow, this is such a cool museum. So educational! My nephew would really enjoy it since he loves learning about history.

THis sounds like a very interesting experience! I find something about prison’s fascinating and would love to be able to do this texas prison tour.