This is a sponsored post on behalf of Review Wire Media for Sony Pictures. I received information to facilitate my review as well as a promotional item to thank me for my participation. 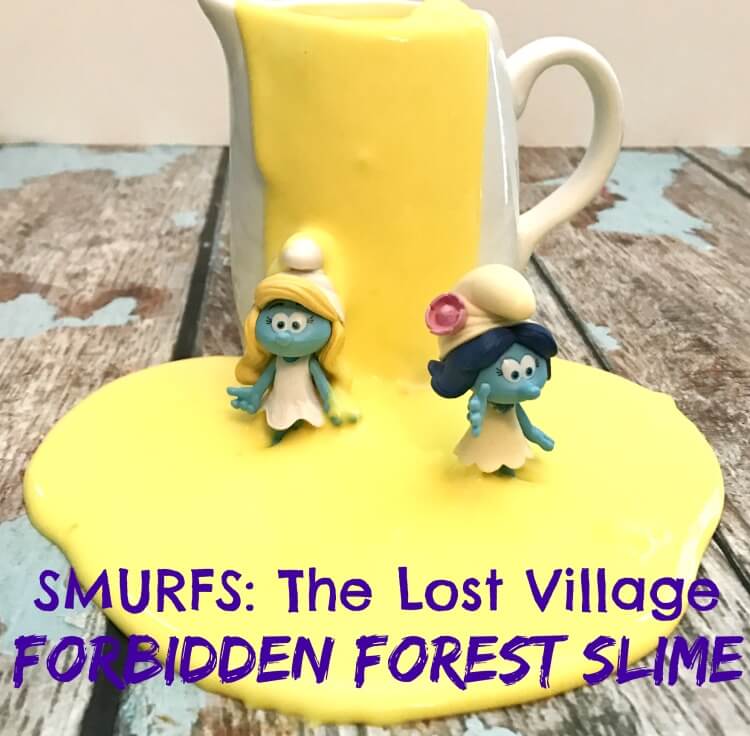 My kids have been so excited to see the new SMURFS: The Lost Village movie. We have watched the trailers a million times, which inspired me to make some Forbidden Forest Slime!

After watching this trailer, I decided it would be totally fun to make some Forbidden Forest slime that the yellow flowers spit out with the SMURFS! 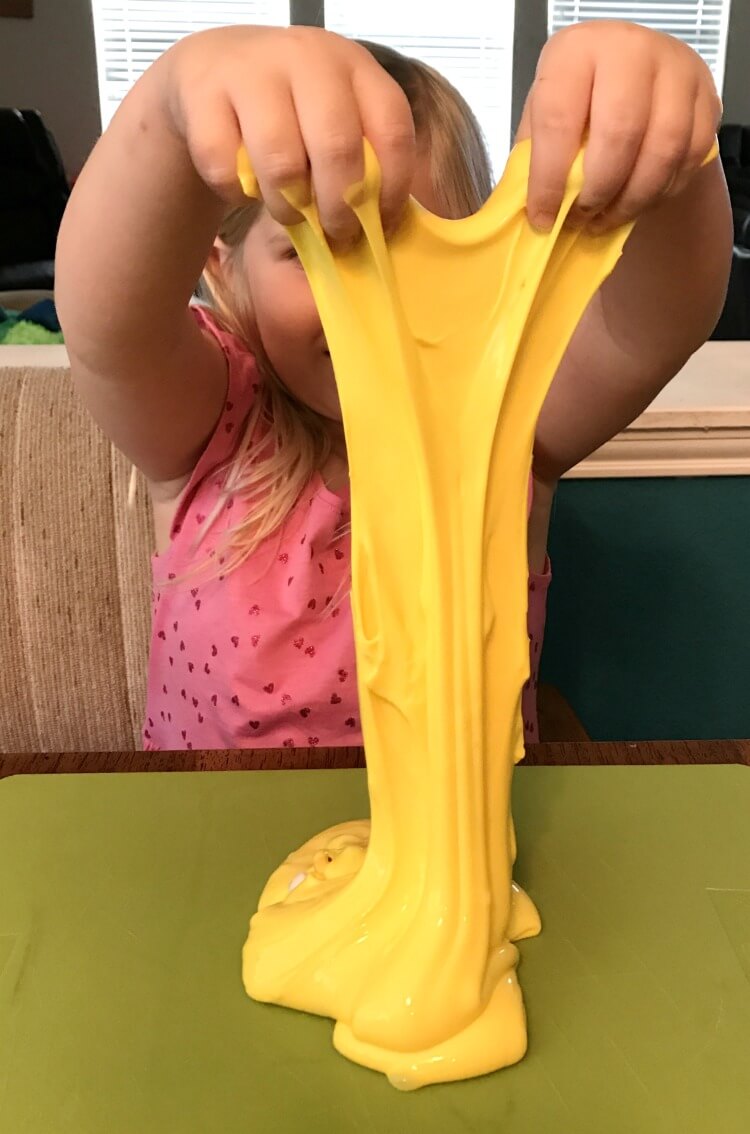 Here’s how to make it:

Usually when we make slime, we don’t add paint to color it, so this was an experiment that took us a few times to get right. But, once I figured out the right order of steps, it was super easy. 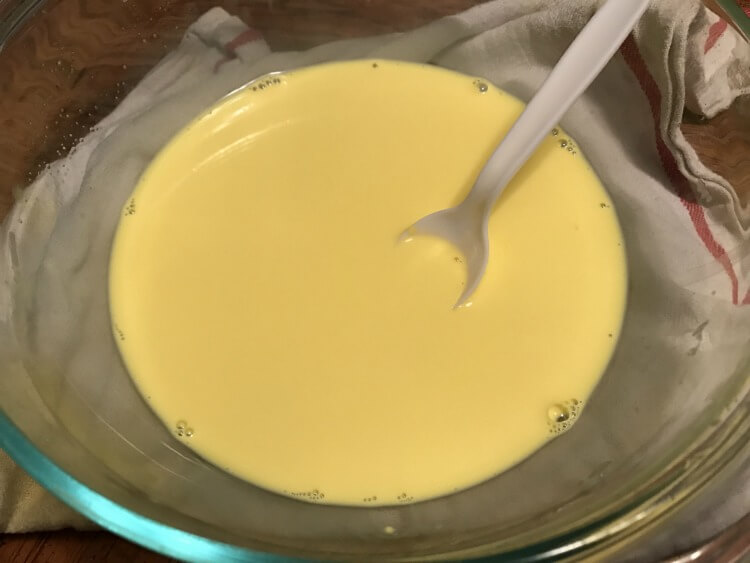 First, combine 1 cup of water with 3-4 tablespoons of the paint.  You can totally eyeball the paint and don’t need an exact measurement.  Mix it up until it’s completely yellow opaque water. 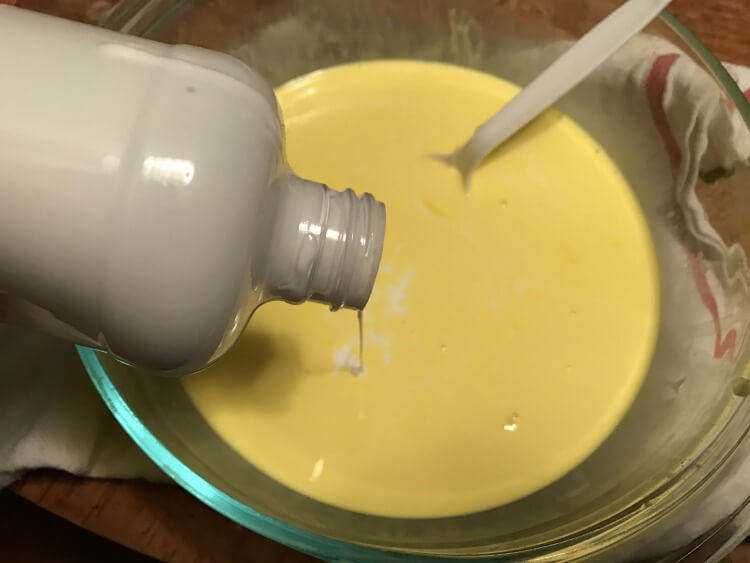 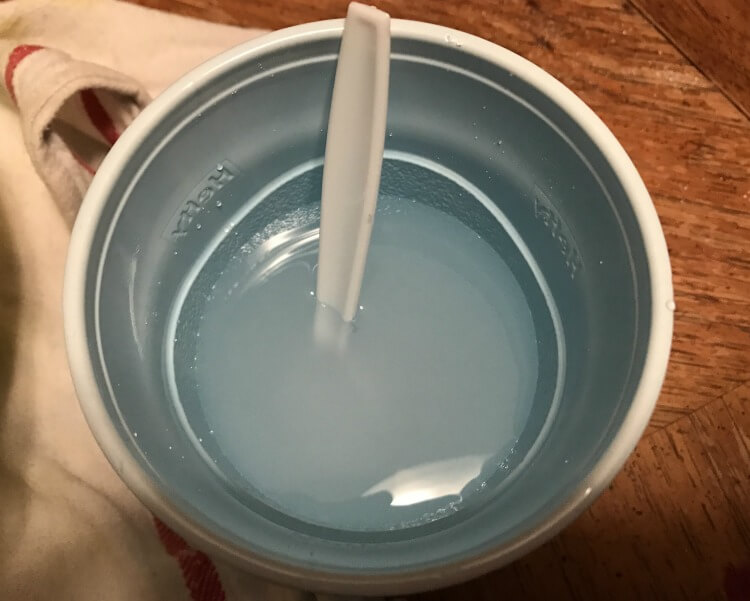 In another small bowl or disposable cup, combine the other cup of water and the Borax.  Mix until the Borax is completely dissolved. 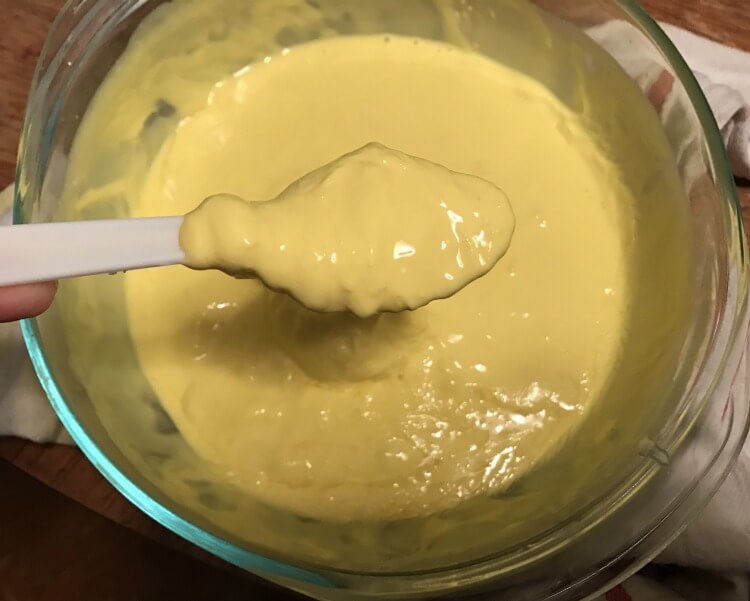 Slowly add the Borax water, about 1/4 cup at a time and mix.  I’ve found this is the way to make the consistency you want.  If you add all of it, your slime can ended up being more solid than slime. 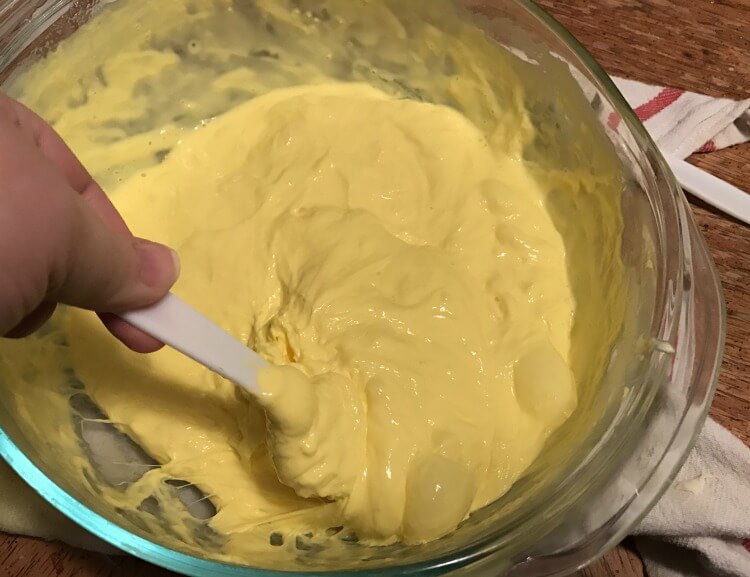 I also found that you usually only need about 1/2 the Borax water to get the consistency of slime. 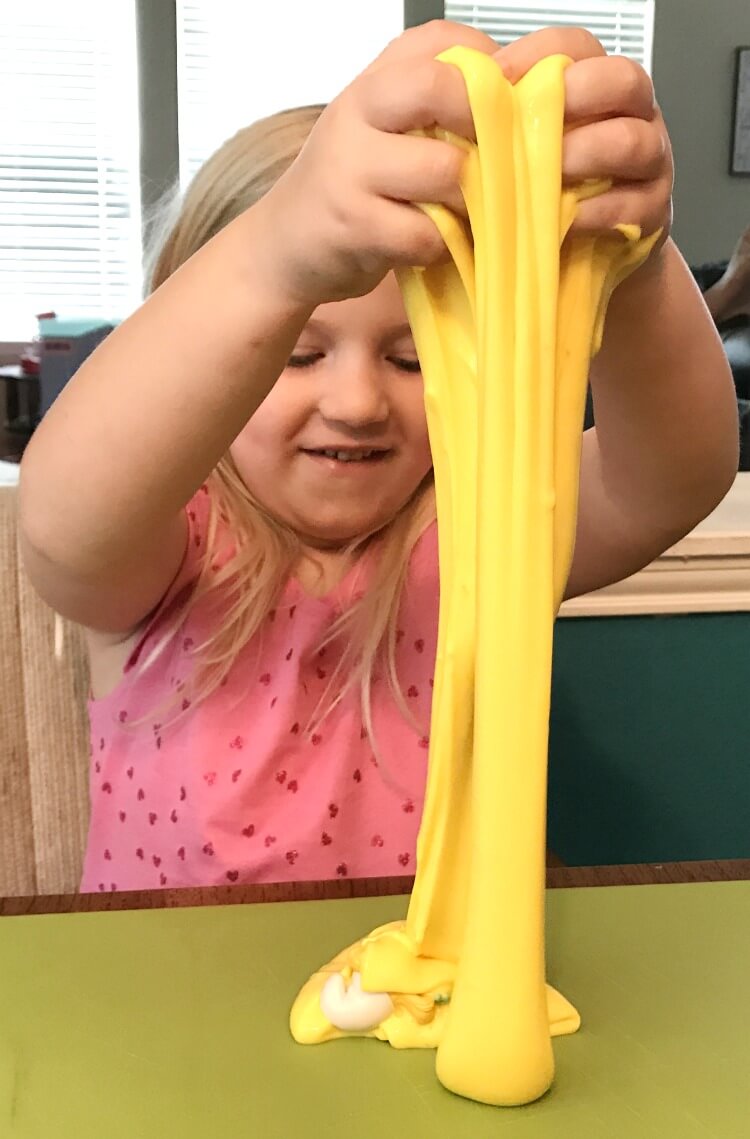 Now pull the slime out of the water and knead it a bit before letting the kids play with it.

We got some new SMURF characters to get stuck in the Forbidden Forest Slime just like the movie trailer.  My kids love playing with slime, especially when I let them add something like a toy or two to the slime. 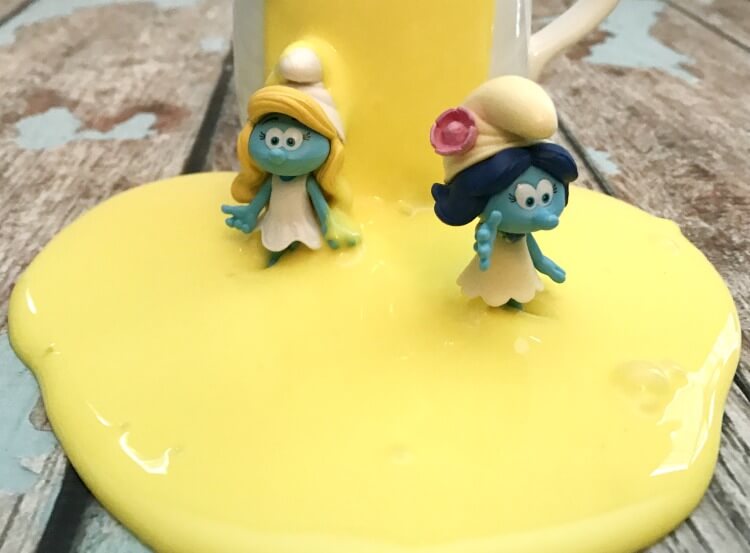 One important thing! This is washable.  I dropped a giant glob of the slime on my shirt and pulled most of it off, but there was still a bunch.  I threw it in the washer with a load of clothes, and it came out completely clean.  No slime, no paint left at all. 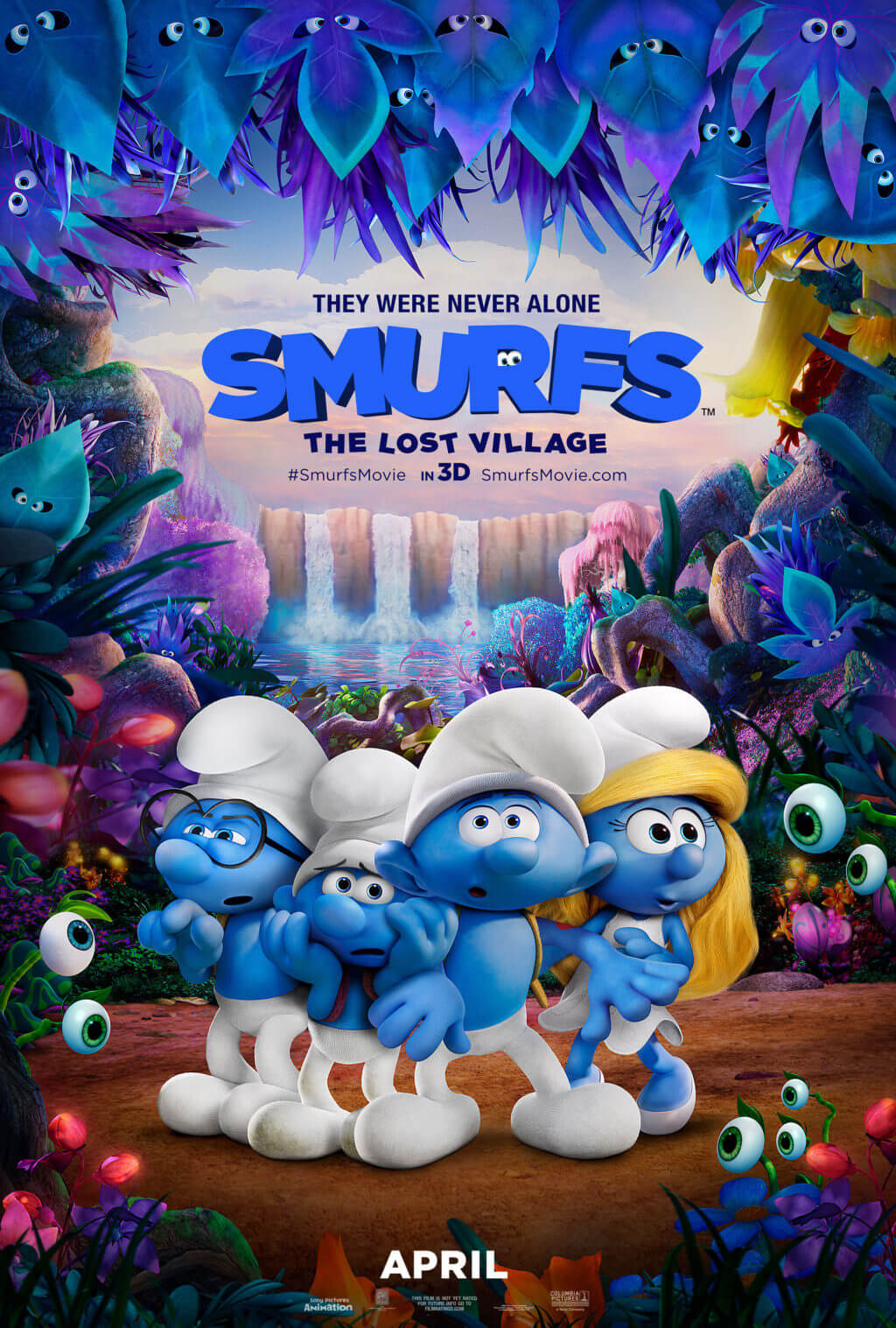 In this fully animated, all-new take on the Smurfs, a mysterious map sets Smurfette and her best friends Brainy, Clumsy and Hefty on an exciting and thrilling race through the Forbidden Forest filled with magical creatures to find a mysterious lost village before the evil wizard Gargamel does. Embarking on a roller coaster journey full of action and danger, the Smurfs are on a course that leads to the discovery of the biggest secret in Smurf history!

We just attended an early screening this weekend.  It starts on Friday, April 7th, and it’s rated PG.  Look for my review coming in a couple days!

Now you can win a swag prize pack from the new SMURFS: The Lost Village Movie! 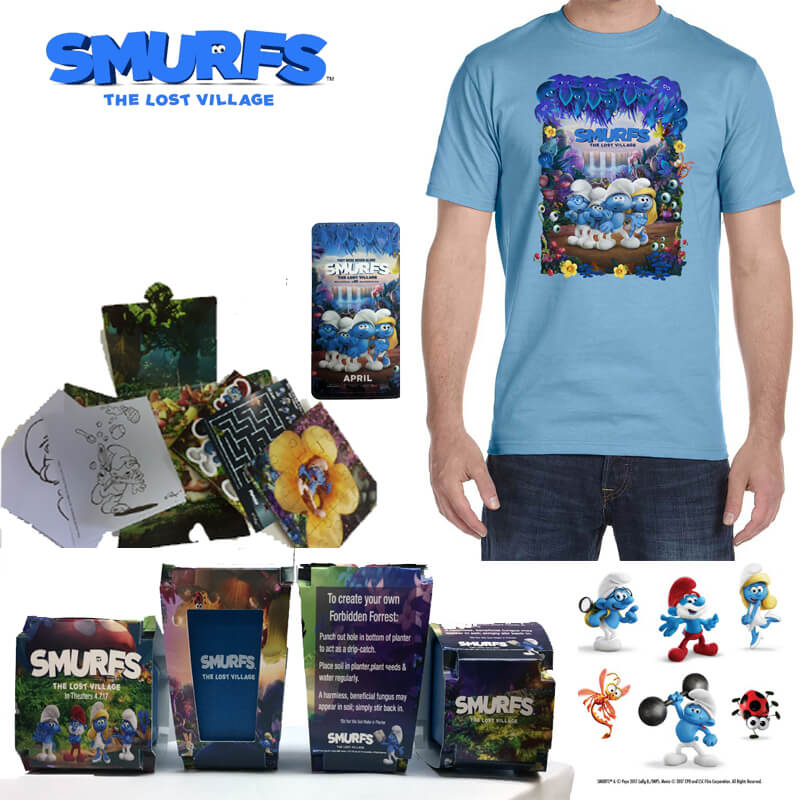 The prize is valued at $20 and includes:

Getting the Lawn Ready for Spring

There is something about anything gooey that kids love. I think my kids would love this. We’re definitely going to love the movie.

Love it! We used to make slime when my kids were younger. We still would love to play with it! I can’t wait to see this movie – going to watch with the kids next weekend!

Papa Smurf is our favorite smurf.

My nieces and nephews will surely love this idea! Glad to know how to make a slime! This is totally cute and fun.

I love…Grouchy Smurf 🙂 The Forbidden Forest Slime looks so much fun to do. My nieces and son would love to play with it,too!
Thank You for the chance!

Papa Smurf is my favourite x

Papa Smurf is my favorite!! He’s the man who leads them all!!

My favorite smurf is Papa Smurf. He just seems so wise and philosophical.

Papa Smurf is my favorite

Smurfette is my favorite!

My favorite Smurf is Smurfette

Omg how cute is this slime?!?! I bet my daughter would love to make some!

My favorite is Smurfette.

My daughter and I LOVE Smurfette! 😀

Papa Smurf is a favorite character of my so wise

My favorite smurf as a kid was Smurfette! I like Papa Smurf in the new movies though.