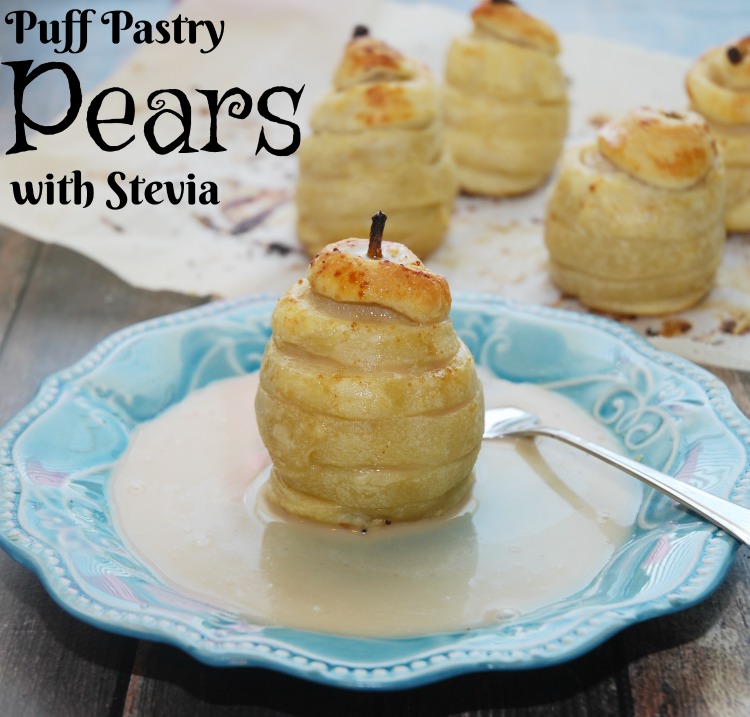 Today is about pears.  My children just love pears, and I’ve been buying these adorable little teeny tiny pears at the grocery store.  I never knew they could be so cute and small.  So I had a giant bag of pears and was wondering what I could make with them besides a roasted pear puff pastry tart.  Then, I saw these. Aren’t they adorable? I had to try making them myself with the sugar. 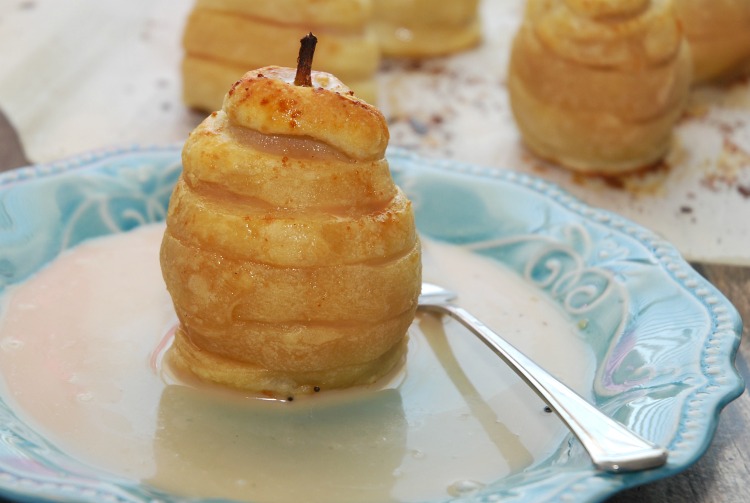 Instead of using sugar, I used a stevia blend for baking.  The package tells you exactly how much to use based on how much sugar is used in a recipe.  Stevia is much sweeter, so it’s significantly less. I used just 1/3 cup of it in the vanilla bean sauce instead of a cup of sugar.

I also just got this strawberry huller the other day, and just love it for all kinds of things.  And guess what? It’s perfect for coring the bottom of a pear! I

I core the inside of the pears up about 3/4th of the way, so there’s no core when it’s time to dive in and eat it.  After you’ve cored and peeled the pears, set them aside, and then it’s time to make the vanilla sauce. 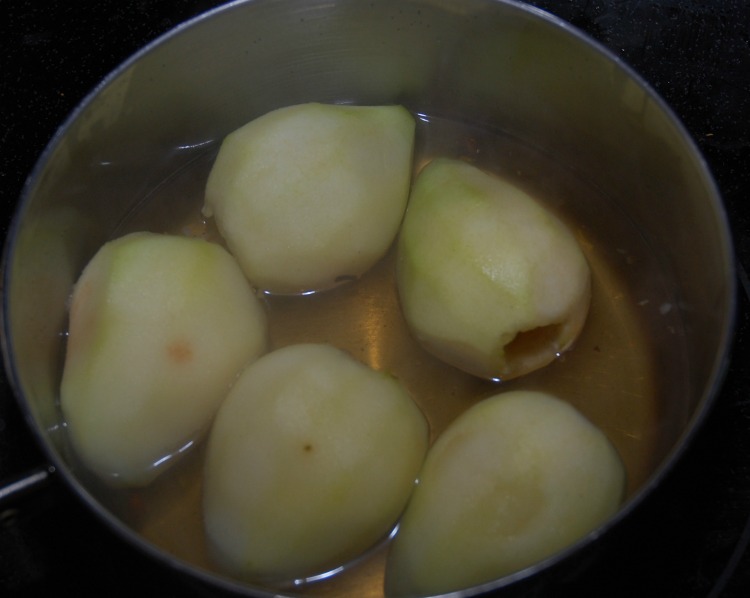 Combine water, stevia, and vanilla bean paste and let it reach a boil.  Then it’s time to add the pears.  Let them cook for about 20 minutes, turning them occasionally.  Then, remove the pears to the fridge for at least an hour.

While you’re waiting, finish the sauce by adding some heavy cream and cooking it down until there’s about a cup in the pan and set it aside to cool. 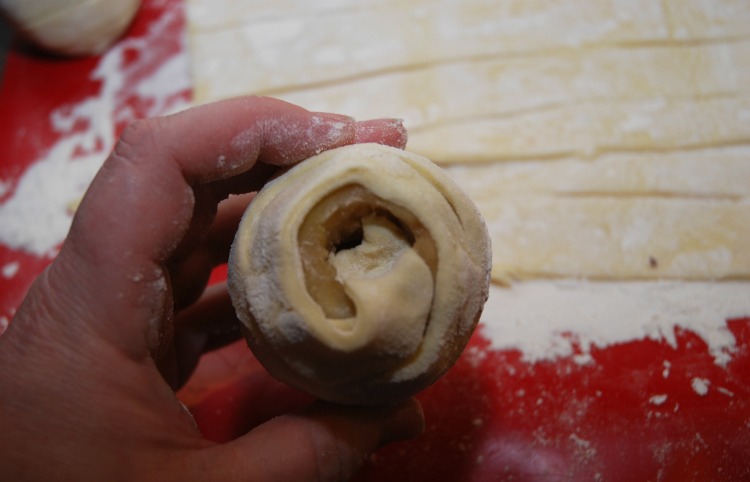 Once the pears are cool, remove from the fridge and preheat the oven.  Then, it’s time to cut the puff pastry into strips with a pizza cutter or knife.  I found 3/4 inch was a good size, but if you have larger pears, up to an 1 inch strips is good.  Start at the bottom and insert a little bit of the strip into the cored middle of the pear and then just start wrapping it around. 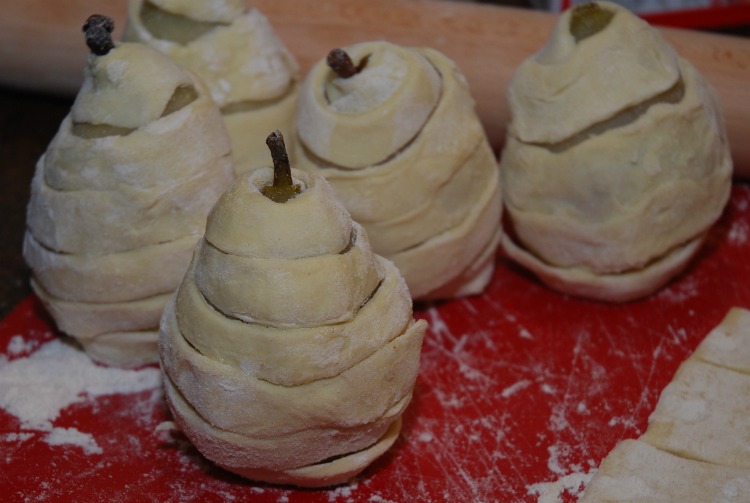 Finish off at the top. If you  have bigger pears, you might end up having to add a second strip, just layer the beginning edge under the first strip and continue wrapping.  It’s quite easy.  They don’t have to look perfect because the puff pastry puffs up a bit. 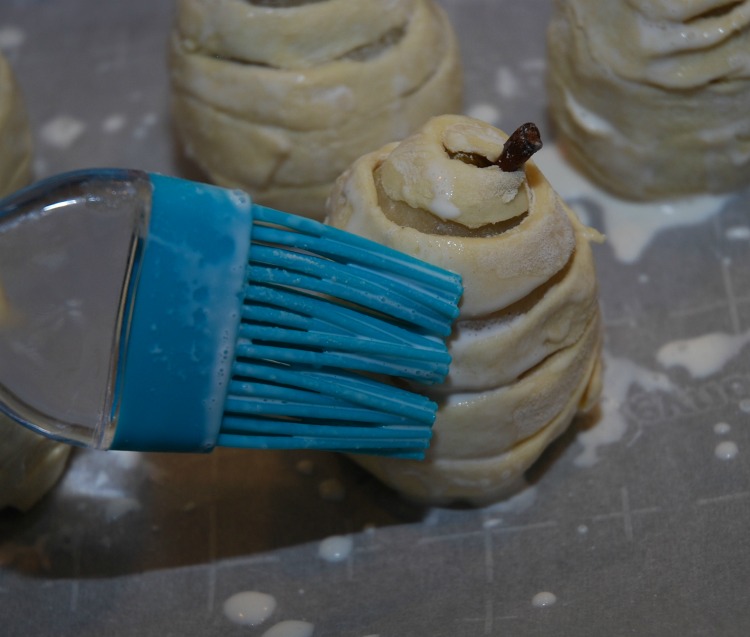 Once they are all wrapped, I brush some heavy cream on the puff pastry. 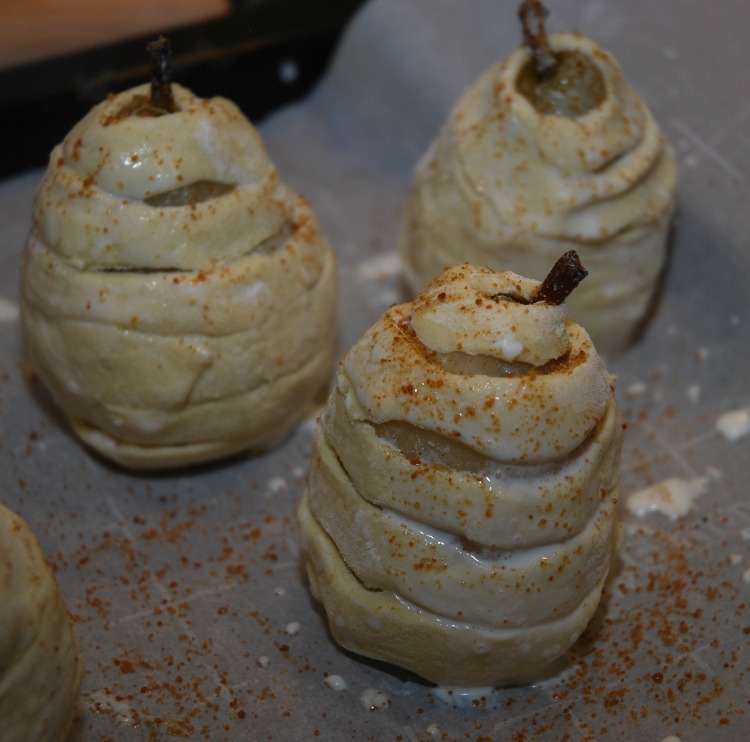 Sprinkle a pinch of stevia blend on each pear. 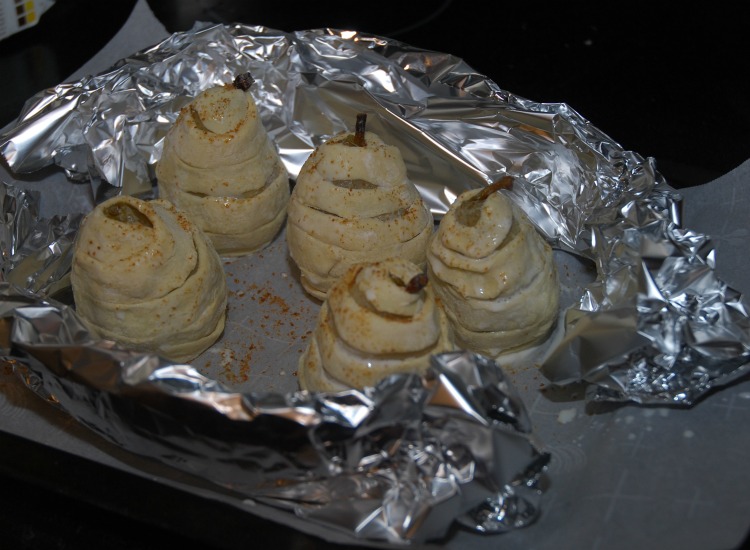 Now it’s baking time.  To prevent the puff pastry from getting too brown, create a tent around the pears like the picture.  Then, bake for 20-30 minutes.  I found longer makes them quite better and softer, but ovens vary, so just don’t let the puff pastry get too brown and look burned. 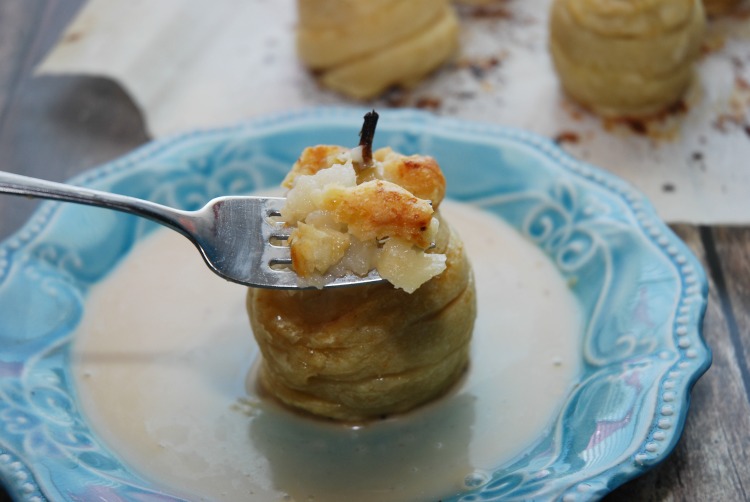 Serve immediately and once each pear is plated, add a spoonful of the cream sauce to the plate for dipping.  It’s so delicious!

Have you been to Medieval Times – Dallas?

Oh my goodness! These sound and look amazing. We love pears in this family. I never thought about cooking them like this. What a delicious idea!

If that isn’t just the most adorable thing ever! I love those swirls!

That looks delicious! My husband is diabetic and would love the no sugar option!

Oh, I have never done this before! They look delicious! I feel like this would become a dessert favorite with my family.

These look so delicious! I love Stevia because i am a low carb dieter!