I had a hankering for donuts, which are super easy to make with refrigerated biscuits or even crescent roll dough. But, I had none of that in the fridge. I did, however, have a can of refrigerator cinnamon rolls, the big “Grand” ones with Cinnabon cinnamon. 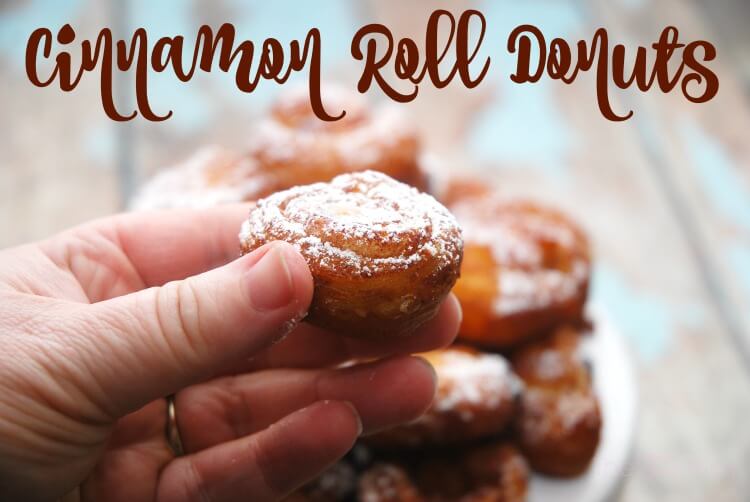 Since I love experimenting, I thought it would be fun to see what happens when I fry refrigerated cinnamon rolls. I was a little worried that the dough would unwind itself from the cinnamon roll spirals, or the cinnamon mixture would fall out.  But for the most part, everything stayed nice. 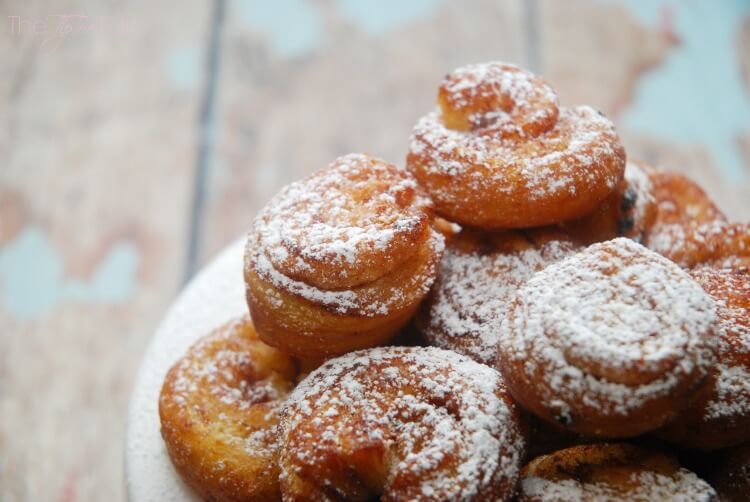 Cut each cinnamon roll in half. Then, fold them together, like so, and inch the seam closed. 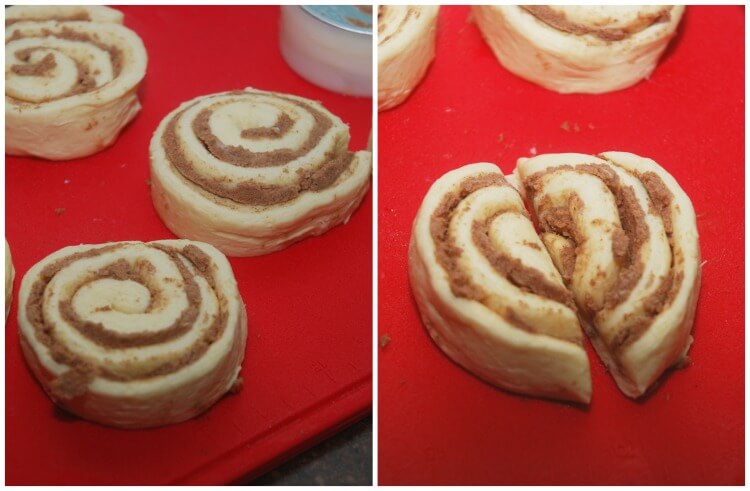 Then, cut them in half width-wise, so there was tiny thin cinnamon rolls. 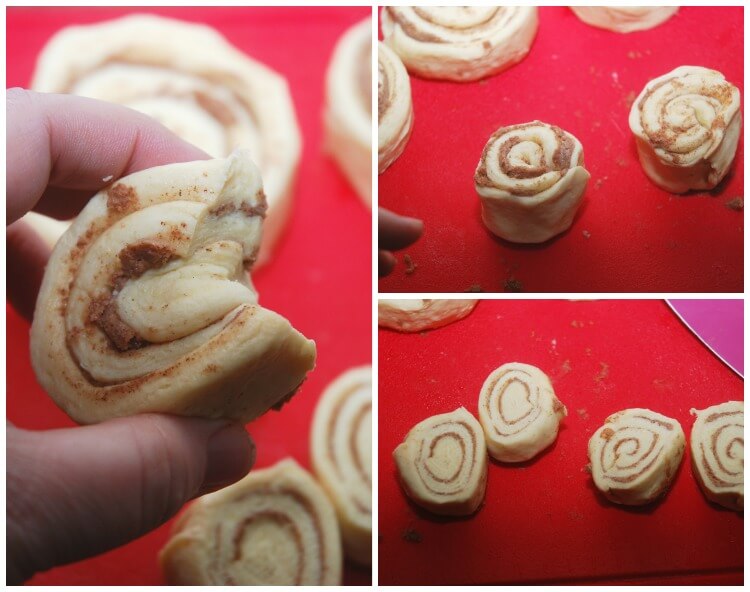 Then, It was time to to fry them up. I used a Fry Daddy.  I found you definitely needed to make sure the oil was hot enough, or the dough inside would be raw.  Make sure the oil is hot enough, about 350 degrees. Then, carefully drop about 4 at a time into the oil. Let them fry for about 30 seconds, and then flip them over and fry on the other side. 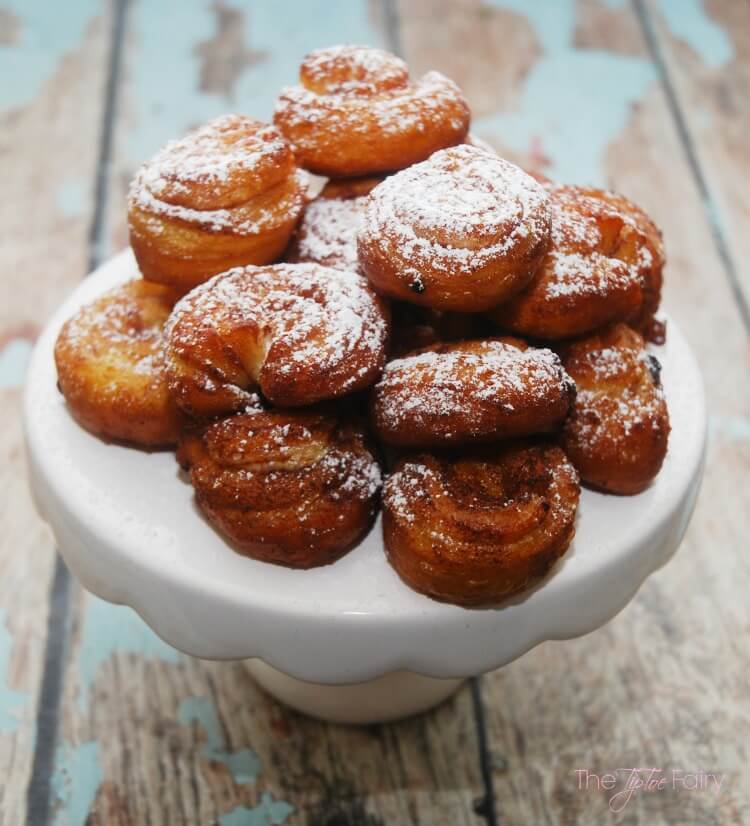 Once they are golden brown, remove from the oil to a paper towel to drain. I am not a big fan of cinnamon roll icing, so I dusted my fried little cinnamon roll donuts with powdered sugar. 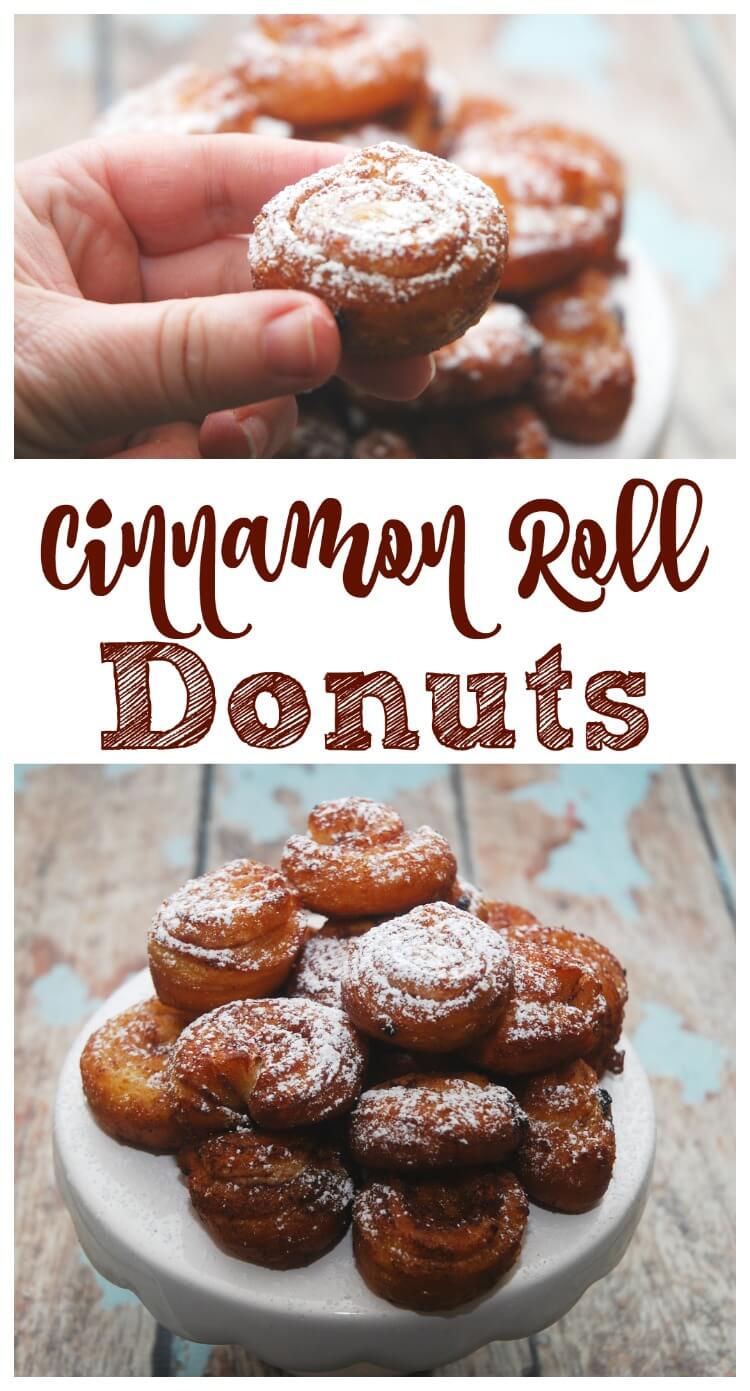 They were an quick and delicious treat that hit the right spot for a donut craving. If you want to use the icing, I recommend microwaving it for a few seconds and then drizzling it over the donuts or maybe even dunking the tops into it like donut glaze.

Gifts for Your Heartfelt Moments

How to make the BEST Million Dollar Spaghetti...

I don’t care how many calories this has I am totally making this! It looks SOOOO good!

Those look so amazing! Talk about an uber breakfast. Cinnamon roll donuts? Please!

Oh my cinnamon! Cinnamon roll is my ultimate favorite.I don’t care about diet whenever there’s cinnamon on the table. 😀 I would love to try this. It looks good and delicious.

These look amazing I love cinnamon and can’t wait to try and make these. The fact that it looks so easy is just an added bonus.

This sounds so good. I love cinnamon rolls and I love donuts, so this would be the perfect treat for me.

This looks really good. I will be making this over the weekend for breakfast for use and I’m pinning it for later.

Wow! Such an easy way to make a donut! It seems like almost anything can be fried! These look delish!

Oh my gosh! These look and sounds all kinds of good. Too good. The smaller the donut, the more I tend to eat.

These are so cute, and I bet super yummy! I will have to try to make them sometime!

Those cinnamon roll donuts look yummy!! I need to make these when I have overnight guests!!

Perfect timing as it is National Donut Day! Those look delicious!!!

These cinnamon roll donuts look so delicious. I love this idea and they are so easy to make too. We love cinnamon rolls so I will have to make these donuts. Thanks for sharing the idea.

My kids will think I am the coolest if I make these. They look super easy and delicious.

Yummy! mini-versions look so cute! I love cinnamon flavor and will try this out.

YUM! Those look so great! My girls love cinnamon roll so I’m sure they would love these too!