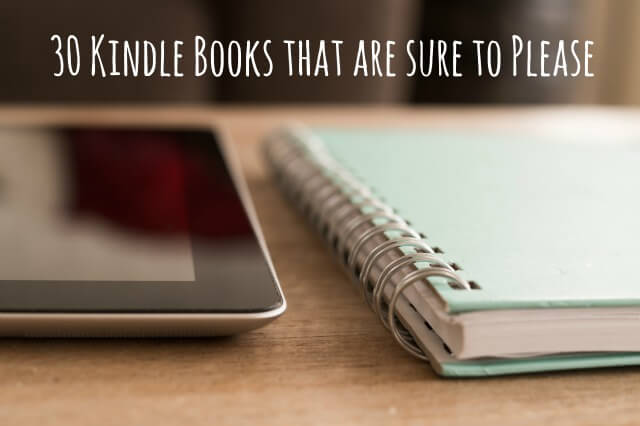 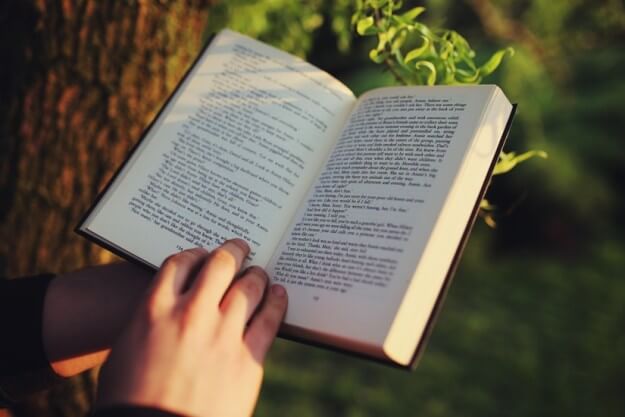 My parents gave me their old iPad last Christmas, and I’ve turned into an eBook lover.  Yes, I love the feeling of a good novel in my hands, but I also love being able to read wherever I am with the touch of an app on my phone or iPad.  It’s just so convenient! 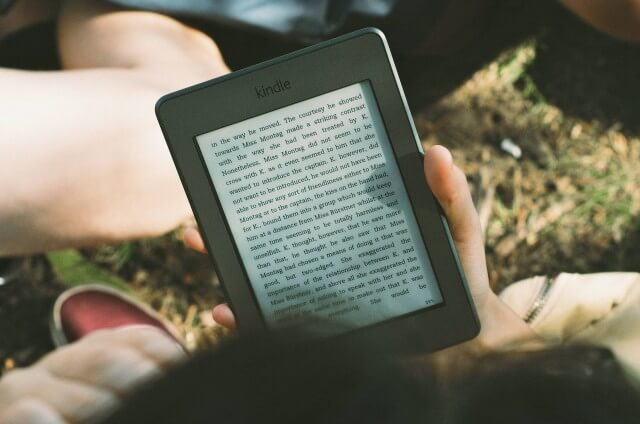 I usually keep a list of books on my Amazon wish list for my husband to easily give me a gift.  He stresses so much about what to buy me for birthdays and Christmas, so I make it easy.  Now that list is full of Kindle eBooks I can easily read no matter where I am.  I just love it. 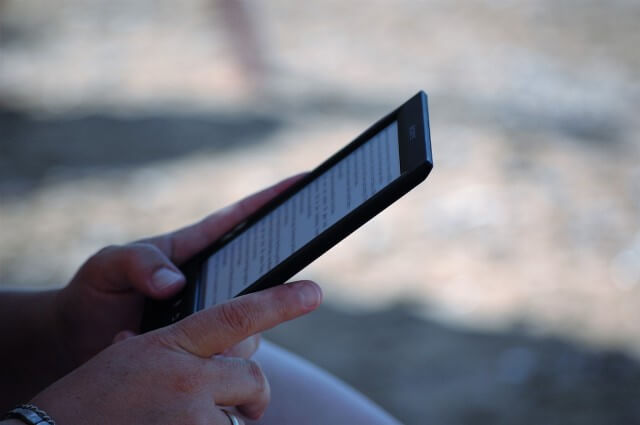 So if you have a book lover in your family, chances are they would LOVE a new book for their Kindle app. Plus, it immediately goes right to their Kindle or Kindle app! Instant gift!

Here’s a few of my absolute favorite books on Kindle. Some are even less than $2 or FREE! 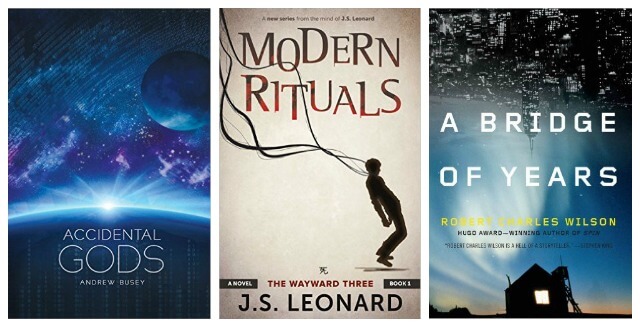 Modern Rituals – Ever seen the Cabin in the Woods? This is so much better and the beginning of an amazing series!

A Bridge of Years  – This is the book that gave Stephen King the inspiration for 11/22/63.  Another one of my time travel favorites. 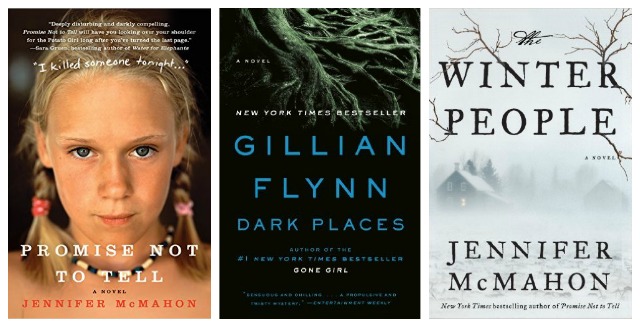 Promise Not To Tell – Jennier McMahon can scare the heck out of you with her murder mystery stories that involve a little magic or ghost.  This is one about a woman who moves home to take of her mother, as a child her best friend was murdered, and when she comes back another little girl is killed eerily similar.

Dark Places – One of my favorite Gillian Flynn novels.  This is about a girl who is the only survivor when her entire family is murdered.  Now she’s all grown up and miserable, and an amateur group of sleuth’s obsessed with murder cases help her figure out the truth.

Winter People – Another terrifying story by Jennifer McMahon.  A teenager wakes up to find her mother missing, and she soon finds the diary of a woman from 100 years ago under her mother’s floor boards.  Monsters lurk!

Monday’s Lie – With a marriage falling apart, she remembers her mother’s spy games to uncover the truth about her husband.

The Language of Flowers – An amazing story about a girl who finds redemption.  And, this makes you want to learn all about the meanings of flowers when you give them to people.

Don’t Breathe a Word – I love fairy lore (as you can probably guess).  This is a scary store about missing children and the king of the fairies. 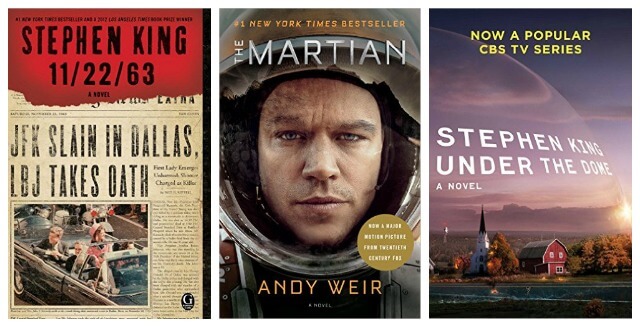 11/22/63 – A man goes back in time to stop the Kennedy assassination.  This is probably my favorite Stephen King novel.  The miniseries comes out in February on Hulu! Read it before!

The Martian – I loved this story of a man who gets left behind on Mars and has to survive.  If you’re a science geek, this is your book because he explains so much of the calculations.  It’s so much more detailed and awesome compared to the movie.

Under the Dome – This book is so much better than the television show.  They are only similar in the very beginning, but the book goes in a completely different direction.  It’s amazing to see how a town goes nuts when isolated. 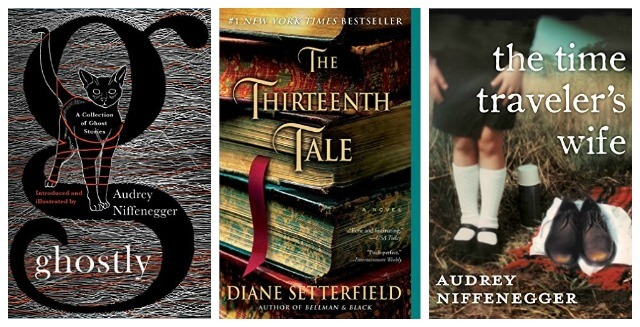 Ghostly – Audrey Neggenegger’s anthology of short stories that involve ghosts, and one of them is a new story by her!

The Thirteenth Tale – A gothic novel about twins.  The ending makes you want to read it again!

The Time Traveler’s Wife – One of my favorite novels about time travel. 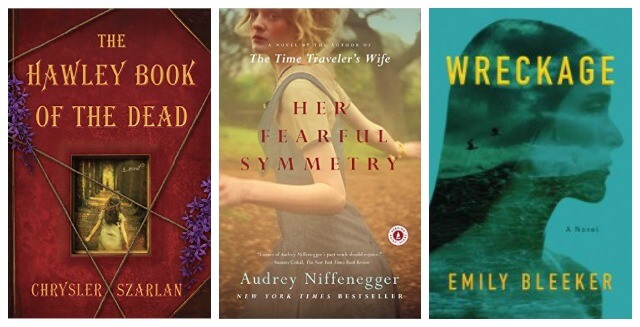 The Hawley Book of the Dead – An absolute fave that is going to be a series.  A husband and wife magician team, and the husband ends up murdered during a trick.  This ends up being about real magic.

Her Fearful Symmetry – Audrey Niffenegger’s sophomore novel about a pair of twins who inherit the home of their aunt. Creepy and a bit gothic.

Wreckage – The story of a woman who ends up a desert island, and after she’s saved, she’s not telling the truth. 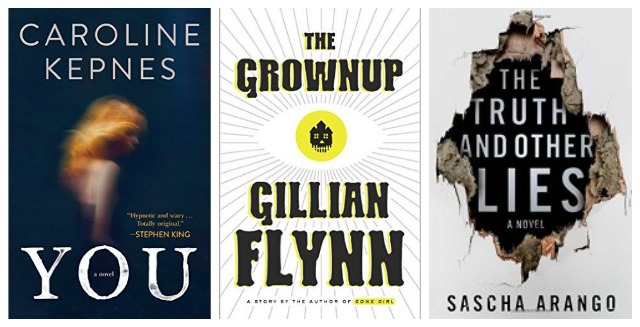 You: A Novel – The story of a stalker who you end up rooting for!

OMG! The sequel is coming out in February!! I preordered! You can, too, right HERE!

The Grownup – A short story by Gillian Flynn! A captivating short story about a scam artist.

The Truth and Other Lies – A crazy story about a sociopath who’s wife disappears. 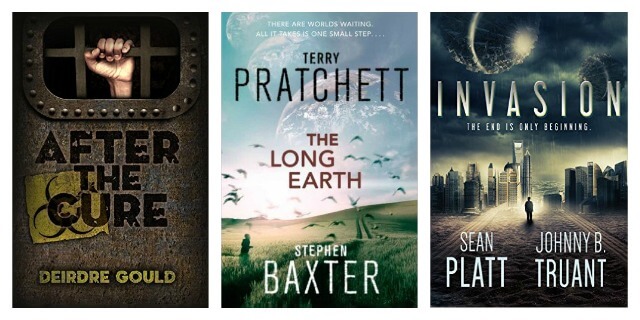 After the Cure – This is an interesting twist on the zombie apocalypse.  What happens when they find a cure?

The Long Earth – A scientist finds a way to move between infinite parallel earths with ease. It gives people a whole new way to be explorers.  But, something is coming.

Invasion – They have detected that some kind of huge ship is coming.  This is the story about one family’s mission to save themselves. 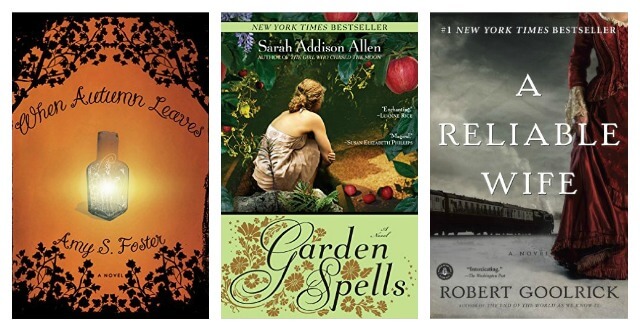 When Autumn Leaves – I love stories about witches, and this is a beautiful one.  Autumn has been helping everyone in her small town of Avening, but after being in a sister coven for years, it’s time for her to leave.  If you love Sarah Addison Allen novels, you’ll love this, too!

Garden Spells – I love Sarah Addison Allen and her magical realism.  This is about magical sisters who have fought their magical abilities and are finally coming together in a spellbinding novel

A Reliable Wife – Another fantastic gothic novel.  A successful business man places an ad searching for a reliable wife, and they both end up getting more than they bargained for.  A great gothic thriller!

Those are interesting titles. I will check out some of them.

Thank you for all the good suggestions.

My husband is the bookworm in my house. He would be happy with any one of these.

Interesting titles my niece likes to read a lot great gift ideas to share with friends.

I use to read everything Stephen King came out with. And then I had to stop. Maybe I will read the one about Kennedy.

I’m actually printing this out because there are so many I want to read on your list. Thank you soooooo much!

I didn’t like the concept of ebooks too, I wanted the real thing. But it’s really convenient to be able to read on the go. These are awesome novels, they would make any book lover happy.

Reading an eBook used to be my one of my distaste because when I’m in a book, I hate disturbance like phone calls or text messages that I sometimes turn it off but now I’m trying eReading too!
Thank you for this article, it is much helpful with those suggestions on your list!
Merry Christmas and Happy New Year!!!

These are great last minute ideas! I’m still not quite finished shopping, I feel like its never ending!
xo Adriana – Daily Dose of Design