Whenever we visit my parents, it’s like a mini road trip.  We live on the very northern outskirts of the DFW metroplex, and they live at one of the very southern points.  We usually get there at lunch and stay until 10 o’clock at night. This time my oldest just had a birthday, so we went to celebrate.  (I can’t believe she’s 14! Where is my little girl?) We usually play board games, watch cable tv (since we only have Roku) on my dad’s ginormous television, and eat and eat and eat. My mom makes wonderful mexican food. Plus, they have a basset hound that my youngest adores.

While we were there,  my 9 year old found a brand new “Would You Rather” board game in the “toy” room. I like the card game, it usually puts most of us into a fit of giggles.  The questions are hilarious and you can not pick “neither.”  “Would you rather have eyebrows that circle your entire face or 3 ft long eyelashes you can’t cut?” However, the board game takes FOREVER for someone to win.  You ask the questions to the group, but then there’s these annoying challenges.  The challenges are the only way to win the game.  One of my challenges was I had to keep a spoon in my mouth through 2 players turns — and these aren’t short turns.

In honor of my darling daughter’s birthday, I wanted to whip up a new cupcake flavor to take to grandma’s. I’ll be honest, I had ulterior motives for this — it gives me extra taste testers all in one place.  Yeah, I’m sneaky like that. Since, they were such a big hit, I’m sharing them with you. 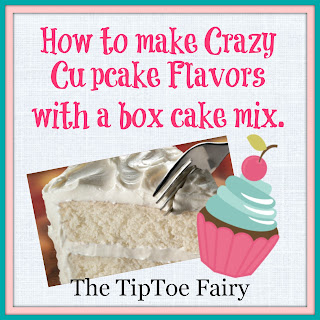 It’s time for another episode of Crazy Cupcake flavors from a Box!  A few weeks ago I saw this amazing cupcake on Pinterest recipe from Not Your Ordinary Recipes – Fluffernutter Cupcakes! 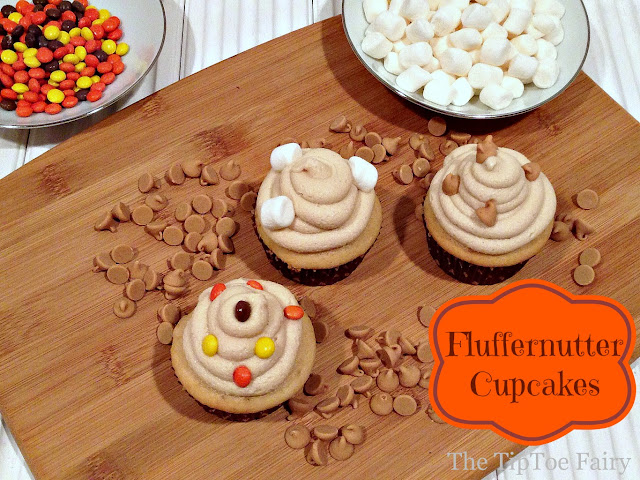 How can you go wrong with marshmallow creme and peanut butter?  I decided this was a great idea to adapt for the box cake mix series.  And boy was it!  These cupcakes were gobbled up so fast, I barely had time for pictures. 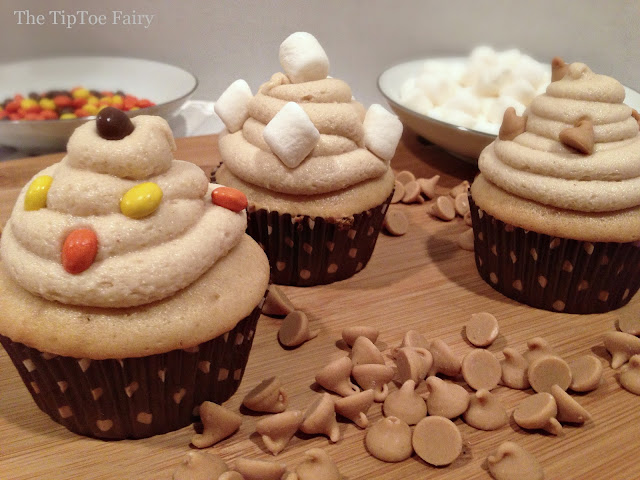 Oooo yummy and cute!! Thanks for linking up to Thrifty Thursday!

These sound amazing! I’m so bummed I have to give up peanut butter for the remainder of this pregnancy. Otherwise, these would definitely be showing up in my kitchen.

These cupcakes are perfect! You’re right – you can’t go wrong with peanut butter and marshmallow! Pinning and sharing on FB, Twitter and G+. Thanks for sharing at Marvelous Mondays!

What a yummy cupcake. I found your lovely blog on Ginger snap link party. Love for you to stop by http://www.diy180.com. I am a new follower too. Have a great week.

Such a great cupcake combination!! Marshmallow cream and peanut butter are brilliant together. Great recipe!

Incredible idea! Fun and so edible! I know our kids will love making these, and of course chowing them down. I can see why you had to photograph them quickly! Great job with this one!