This post was sponsored by Hasbro as part of an Influencer Activation for Influence Central and all opinions expressed in my post are my own. 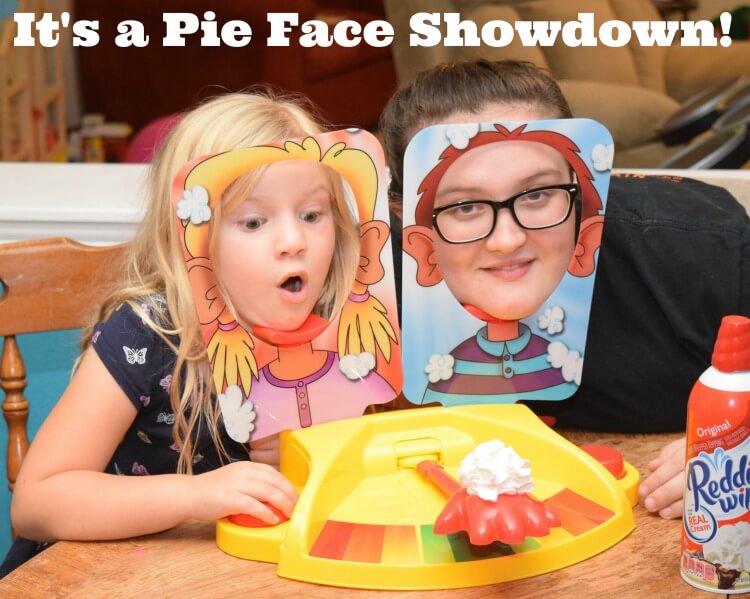 With three kids and one on the way, we occasionally have some sibling rivalry in this house.  Often times it’s hard to stop it.  But, I’ve found a way with laughter and silliness.  One silly way to get past it is with some healthy competition like the new Pie Face Showdown game.  It’s so much fun and puts all of us into a fit of giggles. You never know who’s going to get the Reddi-wip in their face!  Can I admit, I sometimes secretly root for one kid over another? 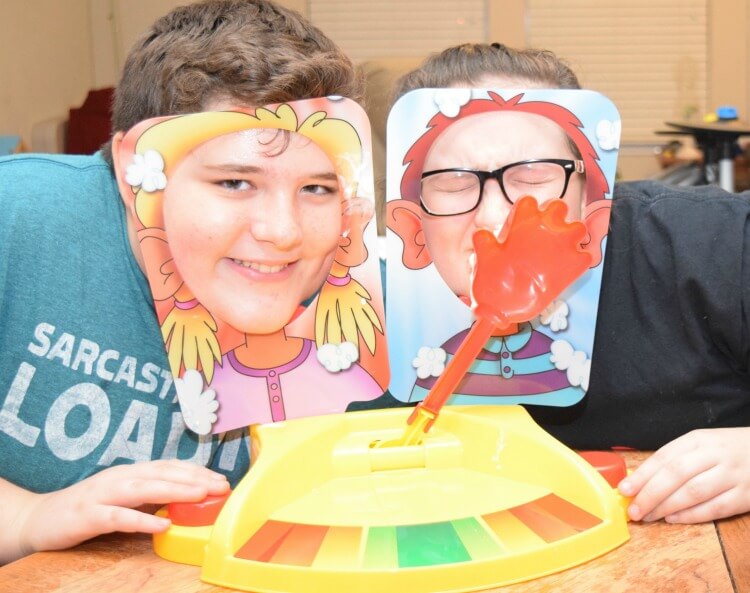 Do you remember Hasbro’s Pie Face being a big hit last year? We love that game!  But, this year Hasbro took it up a notch with a new layer of fun. Now two of you face off and at the count of 1-2-3, each quickly hits the button to move the hand full of whip cream to your opponent. Whoever is fastest at the button and successful sends the hand over to their opponent to get a Pie Face! 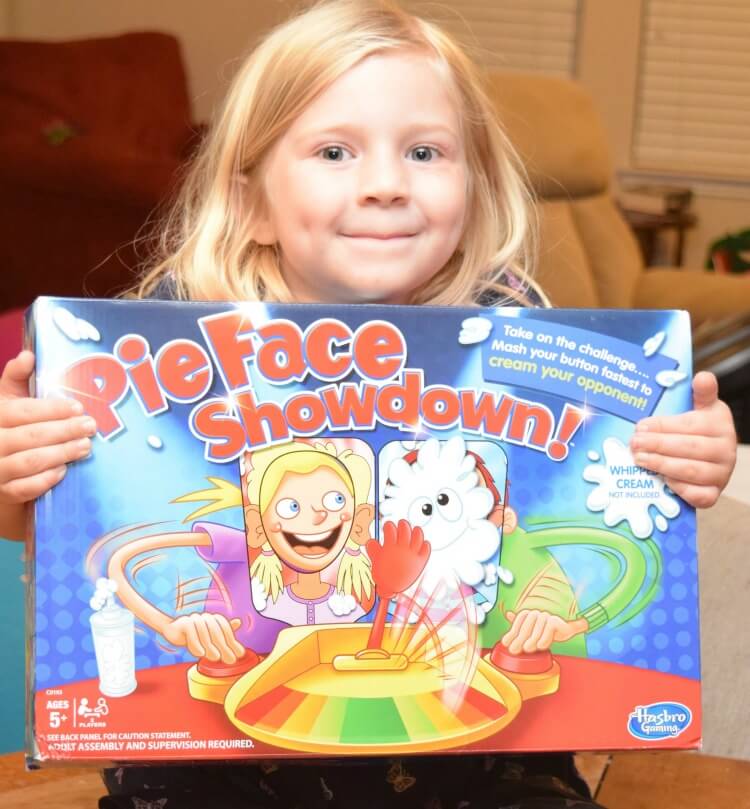 It’s very easy to put together and took us just a couple of minutes from out of the box to ready to play.  The kids were able to put it together all by themselves! 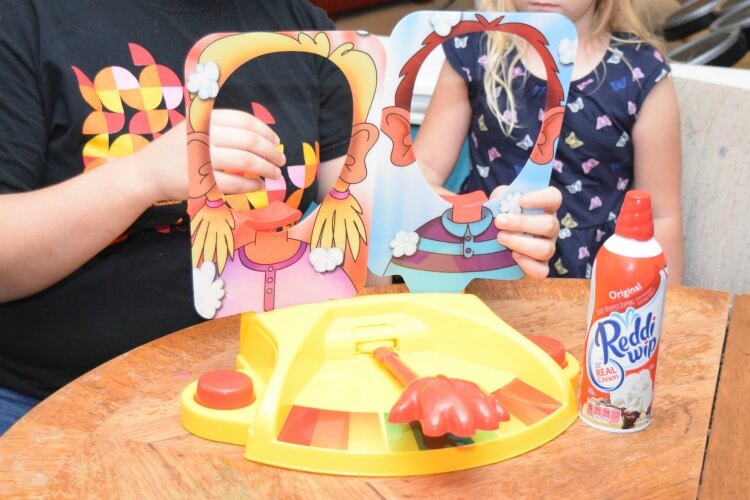 They love this game! My youngest is already asking when we can pick up some more Reddi-wip.

Not only is it fun to play, it’s also really fun to watch!  I could not stop laughing at the kids. Here’s a little video of our experience:

At less than $25, this makes a great holiday gift for ages 5 and up that the whole family can have fun playing together. I’m totally buying this for the next kid birthday we attend.

Be on the look out in stores!  On October 1st you can find Hasbro Pie Face Showdown in stores and online at HasbroToyShop.com!

Our Favorite FREE Educational Apps for the Kids

A Queen at Medieval Times Dallas!

We love to play this. Whenever someone gets a face full of pie my husband yells, “In the face! IN THE FACE!”

This looks like such a fun game!! My kids would have a blast and I’m sure there were be tons of laughs!!

Wow! My son is insisting that we should buy this. I am skeptical about it, haha just kidding!

This sounds like a fun game. I should pick this up for my kids for Christmas.

My kids are going to love this game. It is going to be a nice weekend so we will be able to play it outside.

I still think this looks like so much fun. Although, I am still not too sure how I would feel about having pie slapped in my face. LOL

Oh how cute and adorable this activity is. I bet my kids would love this too. Your kids faces show how fun this is.

Who knew that they would find a way to make a fun game even more fun? We only recently got the single player version, but now I want this one too!

This is perfect gift to put under the Christmas tree this year. My son is gonna love this.

Looks like such a fun silly game the kids will enjoy. I think I’ll add this to my Christmas list. 😀

I remember seeing this at Blogger Bash and Toy Fair last year! 🙂

Fun game for kids! haha, It looks perfect for christmas gifts. Thanks for sharing!