Are you sick of Halloween costumes?  I know, I know.  This is about 2 weeks overdue, but I wanted to share our Halloween costumes.  I’m one of those parents who hates store bought costumes.  They’re cheap looking, yet expensive, and are usually destroyed by the end of the night.  Plus, what better way to show off my craftiness than my children’s costumes? 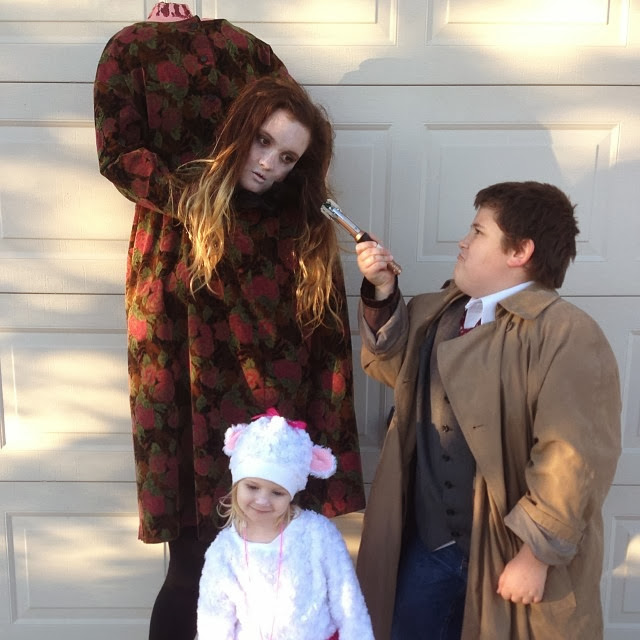 This year we had a little Lambie from Doc McStuffins, the 10th Doctor from Doctor Who, and a Headless Lady. In this post, you can read how we made the 10th Doctor and Lambie costumes below.  The headless lady gets her own post, which you can find here. 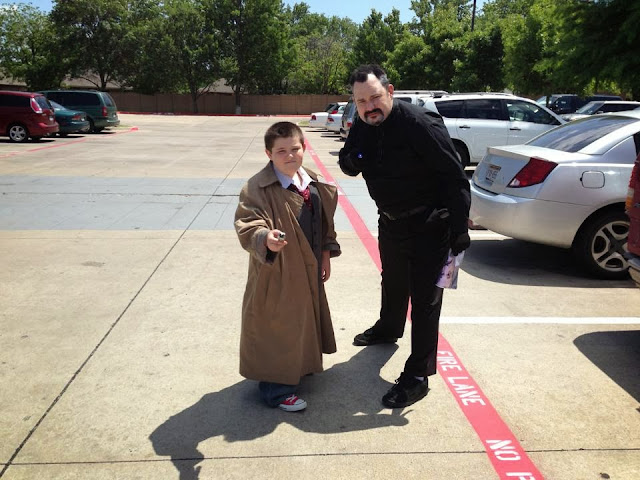 My 9 yr old’s costume was super easy.  He was the 10th Doctor from Doctor Who.  His costume was completely purchased on 50% off day at the thrift store.  He actually wore this costume earlier this summer when he and my husband attended the 50th anniversary Doctor Who party at the local library.  I had two sick girls that day, so we had to stay home.  Otherwise, the three of us would have been some awesome looking Weeping Angels. 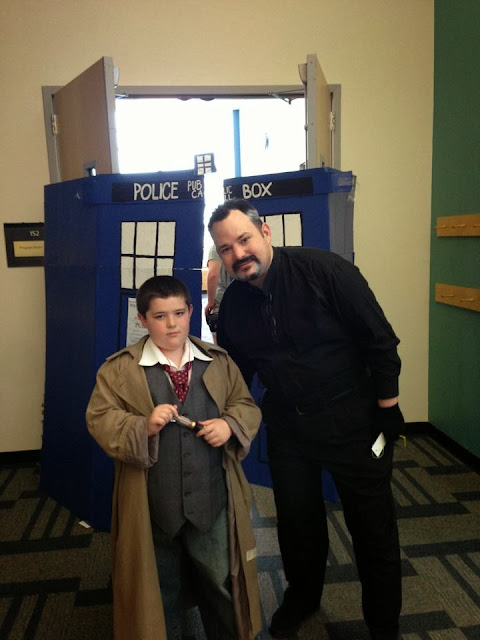 Nate, who in a former life was big into cosplay, designed most of it.  He’s The Master, a Doctor Who villian in this picture.  For The Doctor, he found an amazing London Fog trench coat – that still had the zip in liner – for around $3.00. Suit vest and tie were each a $1.00.  He wore his own jeans, hiw own white button down shirt, and his own red Converse high tops (which he owns because he loves The Doctor anyway). He already had a collection of sonic screwdriver toys.  Cost: $5.00 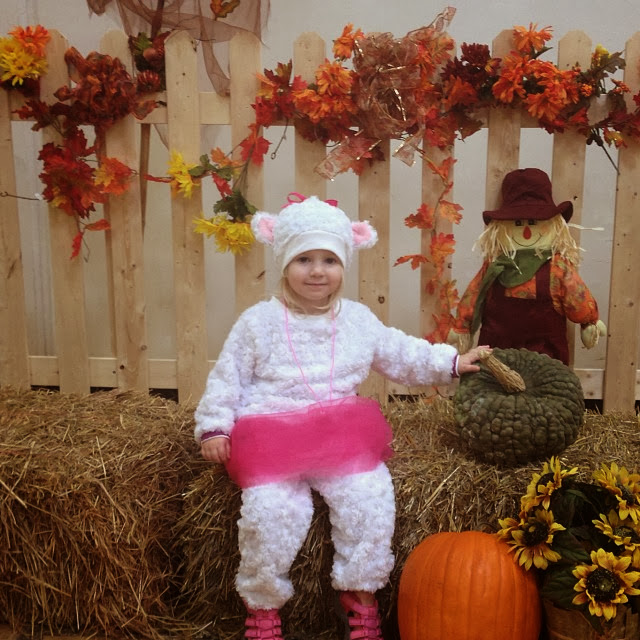 This was the only costume I completely designed and had to sew from head to toe. And, the best part was my 3 yr old absolutely loves it!!  I found this fuzzy swirly fleece at Joann’s, and I thought it was perfect. Note to self: Never sew with this stuff again!!  This stuff will kill you.  I had to wash my face, hands, and nasal passages about 10 times while sewing this because the fleece flew everywhere and sticks.  It is still all over my sewing room.

For the top and pants, I used my favorite sewing patterns ever – Kwik Sew for Toddlers book.  Seriously, the basic patterns in there will let you make pretty much anything your heart desires.  I used the basic patterns for a knit shirt and knit pants.  I added ribbing to the sleeves and legs and also topped the ribbing off with pink ruffled elastic to look like Lambie in the show.

For the tutu, I took 3 yards of pink tulle, folded it into fourths lengthwise and used a ruffle foot to gather it into a skirt.  I then attached foldover elastic, stretching the elastic to create a waistband.  To finish it, I simply overlapped the raw edges in the back of the skirt and sewed the ends of the foldover elastic together.  This was probably the only part I wasn’t happy with.  I usually make great tutus, but I just ran out of time to really make this one look amazing.

For the hat, I hand drew a little knit hat design and created lamb ears which I attached at the side seams. (I’ll be posting the hat in a new tutorial coming in the next week!) Lambie has a pink bow on the top of her head, so I hot glued a pink bow to the very top of the hat. To finish it, instead of hemming because I felt it was a tad too short, I added rib knit to lengthen it — which worked perfectly at 5 AM without sleep on Halloween Day.

The last costume was my teenager’s headless woman costume. This will be part II of the DIY Halloween Costumes. Stay tuned!

That headless lady costume is so creepy! I love that you were able to do so much homemade. Good work! 🙂

Oh, wow! What great ideas and neat costumes! Your little one is sooooo adorable in her little lamb costume. I could just squeeze her! 😉

The headless lady is awesome!!!