Last night I had grand plans to make chili for dinner. Then, I realized I didn’t have half the ingredients like tomatoes, and I did not want to run up to the store. Don’t you hate it when you think you have all the ingredients, but then realize you were missing this, this, and this?

I quickly looked through the pantry and decided Fettuccine sounded good.  I could whip it up super quick because these people were starving!  When I make fettuccine, I usually make a white gravy sauce that requires flour and milk. Guess what? There was no flour, not even a tablespoon to be found in this house. I had used up all the flour with pancakes that very morning. Ugh! 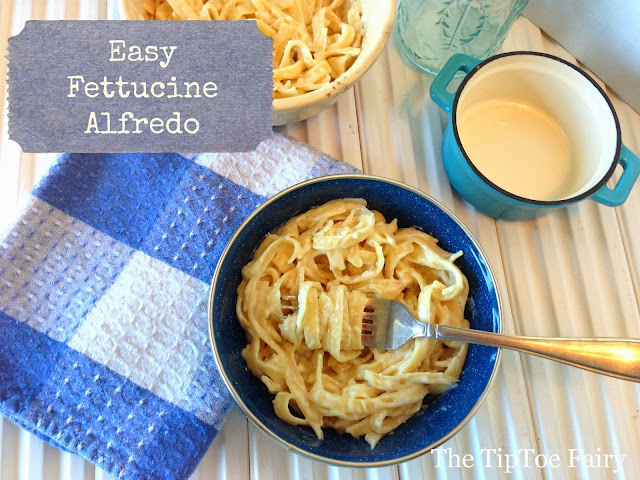 So what do you do? You head to Pinterest and rub the magic 8 ball, that’s what you do. Then, suddenly up pops a recipe or two for fettuccine that don’t have flour.  How did we live without Pinterest? 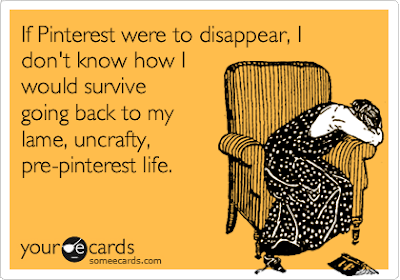 I searched through several Fettuccine Alfredo pins with no flour in the recipe until I found a few I liked and that I had all the ingredients. This one looked delicious, and it was my starting off point as I adapted it. I honestly have no idea if it tastes like Olive Garden’s as it claims because I’ve never eaten Fettuccine Alfredo at Olive Garden. I’m more of a marinara and meat sauce kinda girl. Speaking of Olive Garden….I love their salad dressing. Thank god you can get it at Sam’s nowadays! 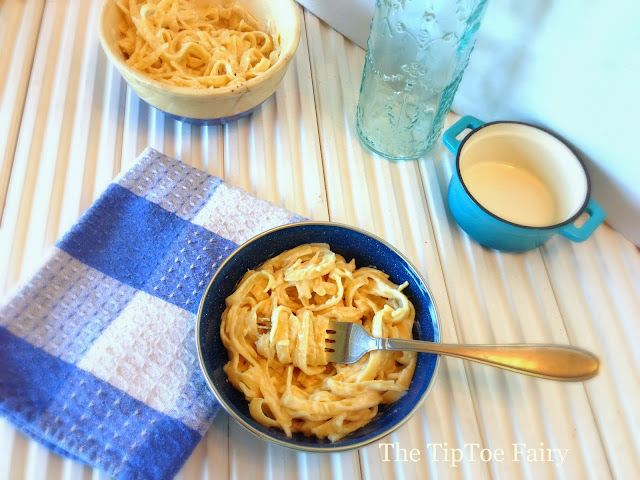 Nate and Mr E loved it! Miss Em was at a marching band competition with the color guard, so she completely missed out. I swear Nate said it was THE best Fettuccine Alfredo he’s ever had, which surprised the heck out of me.  He is very picky when it comes to pasta.  When my littlest one finally woke up from her nap, she devoured her bowl of fettuccine as well. This recipe will definitely be going into the repertoire for something quick and easy!

This dish is very flavorful, not bland like I’ve tasted in other fettuccine dishes. I think the secret is the fresh asiago cheese, it just makes the tastes pop in your mouth! 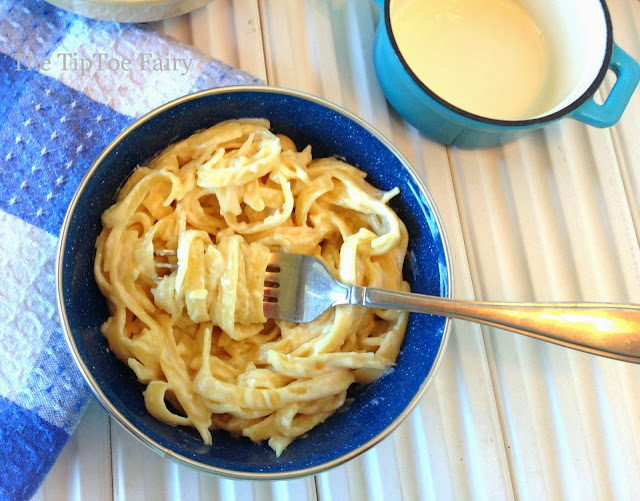 1 stick of butter
8 oz cream cheese
1/2 cup Parmesan cheese
3/4 cup milk
1/4 cup freshly grated asiago cheese
1 tbs minced garlic
16 oz fettuccine pasta
1. Boil water and cook fettuccine according to package.
2. While the pasta is cooking, in a medium sauce pan on medium heat, melt butter and cream cheese with the milk. Whisk occasionally.
3. Once those are melted, add the Parmesan, asiago, and garlic.
4. Turn to medium low and whisk until smooth and creamy.
5. Drain the pasta and then combine with the sauce until well coated.
6. Serve and enjoy! 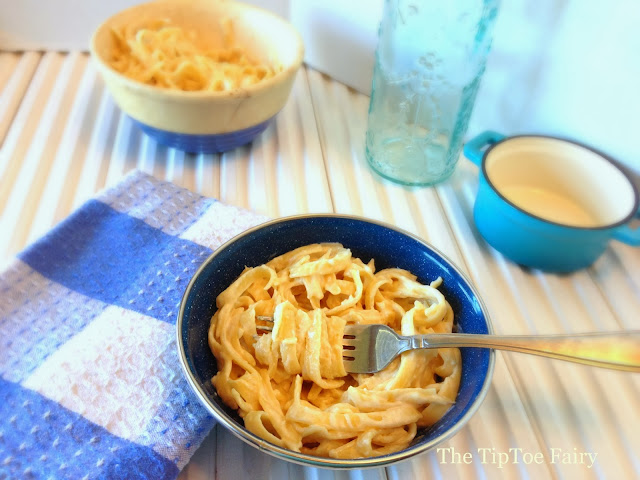 How to Make Fairy Wings for your Doll

This looks amazing! I love fettucine alfredo so this is definitely a recipe I want to try!

Sounds like a night at my house… I think we’re having one thing for dinner to just to realize that I don’t have everything I need. So frustrating! Love this recipe though, looks easy and delicious. Pinned 🙂

Despite the shortage of ingredients, you have came up with this super delicious dish. Love it…