This is a sponsored post written by me on behalf of Spin Master Games for IZEA. All opinions are 100% mine.

Do you have a family game night?  My family just loves playing card games and board games together.  We can get busy with three kids, but we do it at least a few times a month. 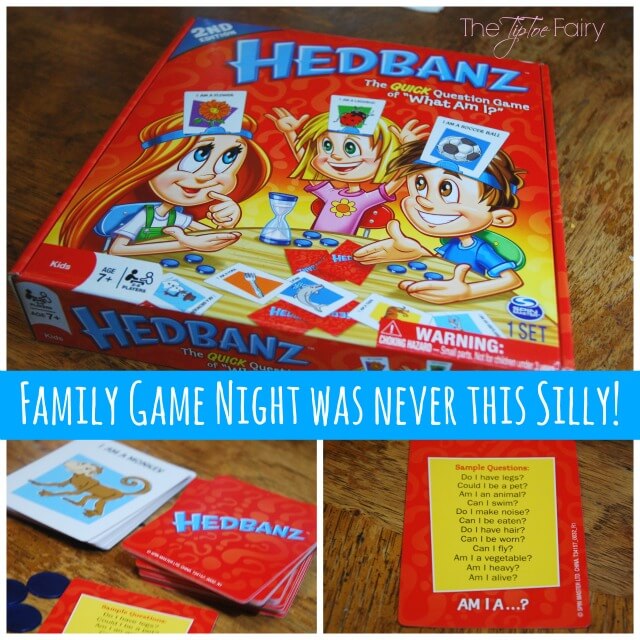 I’ve been seeing the commercials for Hedbanz, so I grabbed it while I was grocery shopping a couple nights ago.  I wasn’t sure if my kids knew about it, but surprisingly, all three of them wanted to play it as soon as I walked in the door. 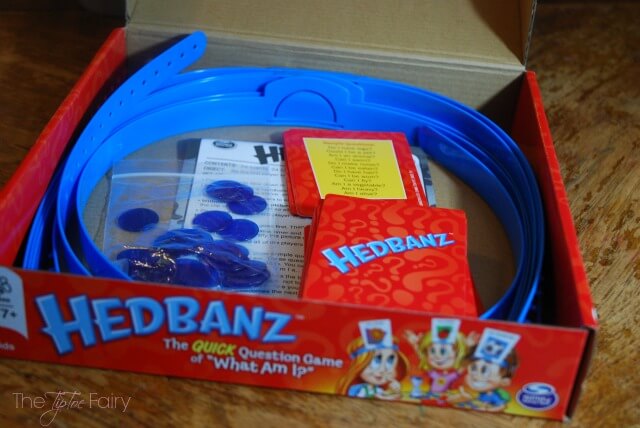 When I first saw Hedbanz at the store, I have to admit I was a little skeptical if this would be fun for adults, too.  However, after our first game, I was hooked and so were the kids.  It’s a really funny game, and we laugh so much when we play. 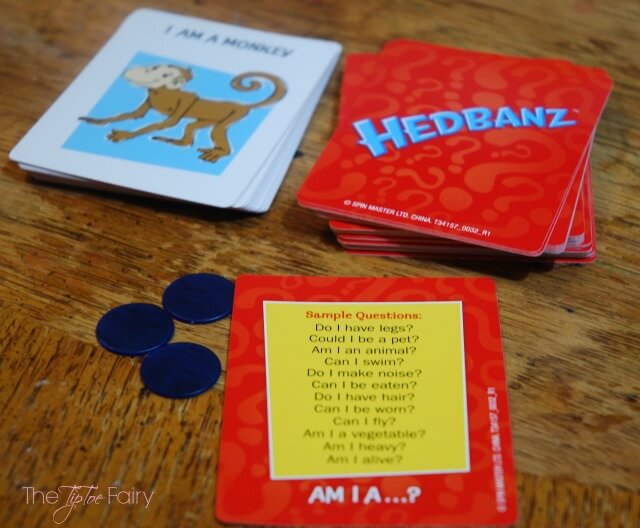 It’s a very easy game.  It comes with enough “Hedbanz” for six people. Everyone gets a card full of sample questions.  You don’t have to stick with just these.  You can ask just about any Yes/No question.  Then everyone gets 3 tokens  When you guess what your card is, you get to put a token up.  When all your tokens are gone, you win the whole game!

Every time one of us would pick a new card to put up on our headband, everyone else would laugh because we figured there was no way they’d guess something as crazy as a snowman or a door.  My son had an octopus on his card during one round, and when he asked if it was found in a tree, we all stared giggling. 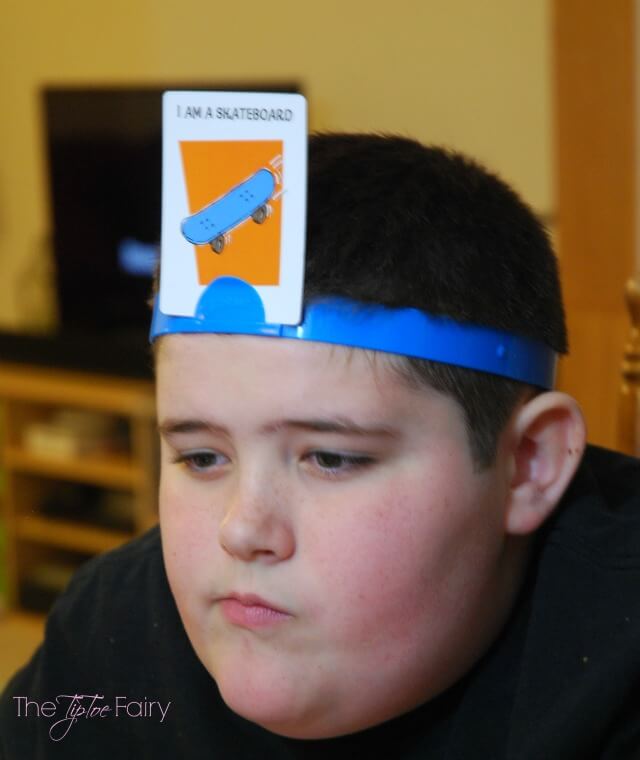 At this point, he had just gotten this skateboard card, and he was desperately trying to figure it out.  He was not asking the right questions, so he did not like our constant “No” answers. 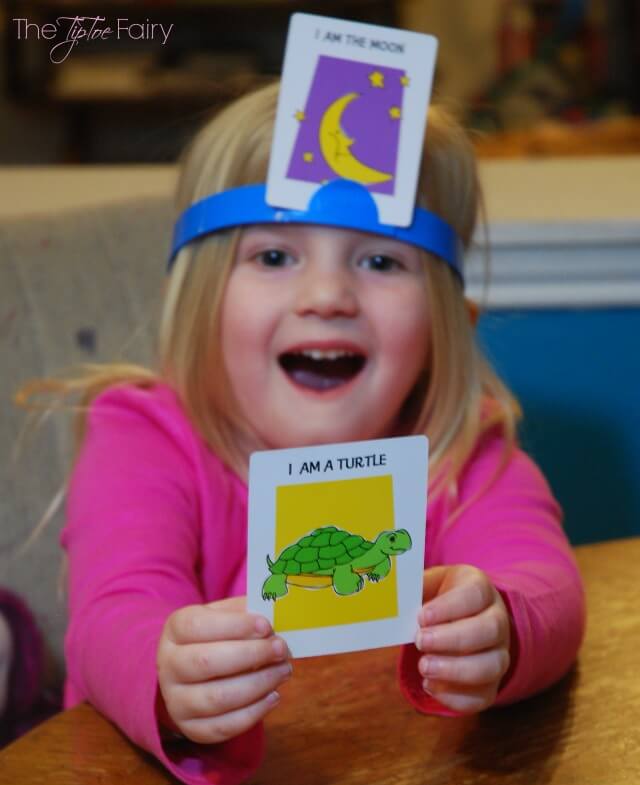 My 5 year old won the last two games we’ve played.  She was so proud she guessed a turtle.  She is a very good guesser.  Her secret is that she spends most of her time guessing “Is it a monkey?” “Is it a dog?”  Rather than ask us the yes or no questions.

Hedbanz is the quick question game of “what am I?” You never know what you are until you start asking! Figure out if the cartoon on your head is an animal, food or man-made object. Be the first player to guess what you are and win! Hedbanz – the game where everybody knows but you!

Check out these other fun games from Spin Master:

You can purchase Spin Master games at Amazon, Wal-Mart, Kmart, Target, and ToysRUs!

Does your family have a game night?

Cuddle with your Favorite Characters

We love this game! It usually turns into a huge giggle fest LOL

Our family game is monopoly, we have tried almost all of the dif versions…we love love it, and at one point played it daily and sometimes several times a day…that got old fast 🙂

This looks like so much fun. My twins are too young, but it would be perfect to play with my 6-year-old. He loves games!

looking into getting this game for our family. My daughter-in laws family has it and shares how they love it

It’s been a while since I played hedbanz but I always had fun.
Coffee is on

this game looks so cute! i would love to play this with my little cousins

I miss family game nights – they become super competitive though

Looks like a lot of fun. I want this for my two they will be enjoying this

Scrabble is my family game and sometimes monopoly…

Looks like you all had a great time guys! Lovely pics! Happy holidays!

we always have a family game night once a month. This looks like a fun game to add to our collection

Never heard of or played this game. Seems like loads of fun though.

That looks like a really easy fun game to play on some down time in the office.

What a fun game to play with the kids! This would definitely be perfect for game night!

These would be a great bonding of the family, For sure my kids and hubby love to play this.

I would totally love this kind of game. I imagine it would get ultra silly too. 🙂

We have this game and my kids have a ball playing! It’s a first pick for family game night often!

This game looks like so much fun! I like games that encourages communication and stimulation. Great way to spend a family evening.

Omg what a fun game!!!! It would be perfect for our family game night!