This shop has been compensated by Collective Bias, Inc. and its advertiser. All opinions are mine alone. #StrengthHasNoGender #CollectiveBias 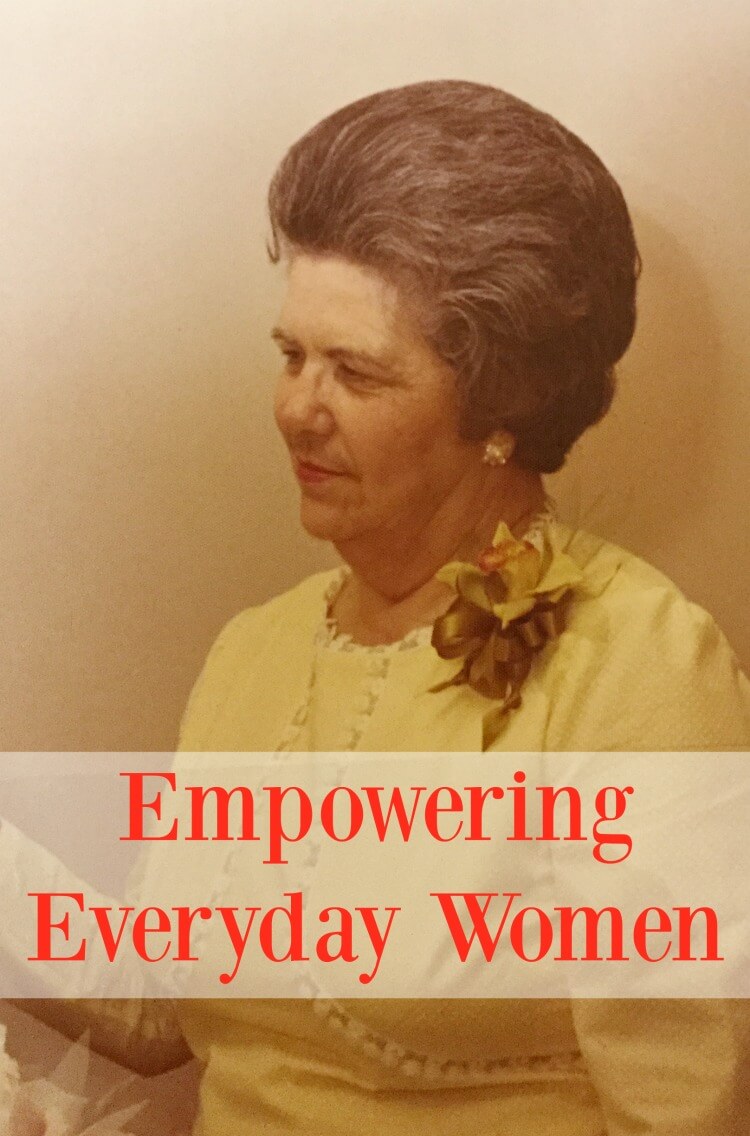 Have you seen the new packaging for Brawny® Pick-a-Size 8 Giant Plus pack? They’re featuring women in the Strength Has No Gender™ campaign.  This immediately made me think of my grandma.  She was a strong woman. 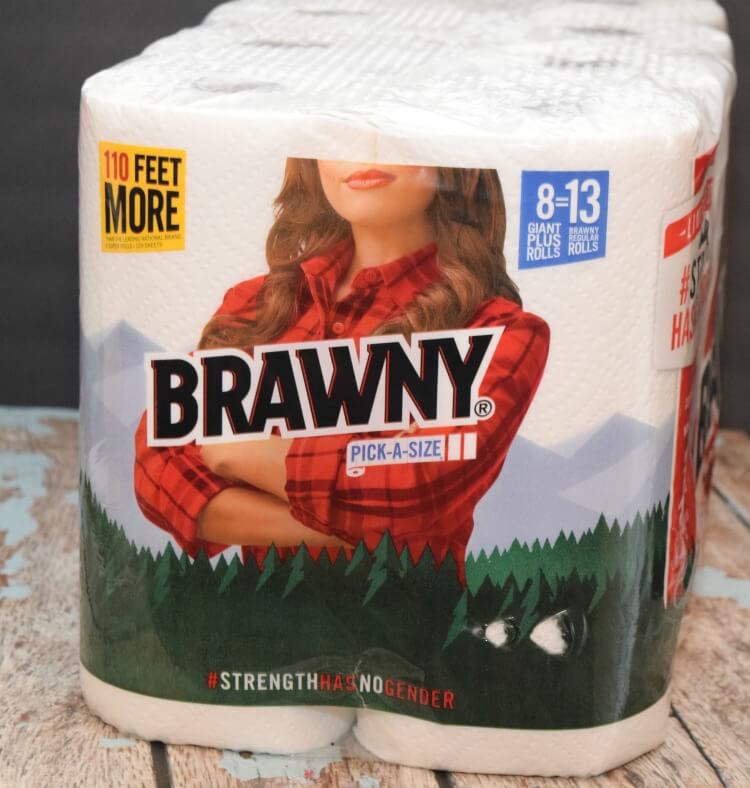 She had a hard life and made it on her own without any  help.  She was the youngest of six kids and born a few years before the Great Depression.  Her parents were poor cotton farmers who couldn’t care for all of their children.  The older children stayed home to work the farm, and the youngest three children, including my grandma, were sent to live in an orphanage where they stayed until they graduated high school. 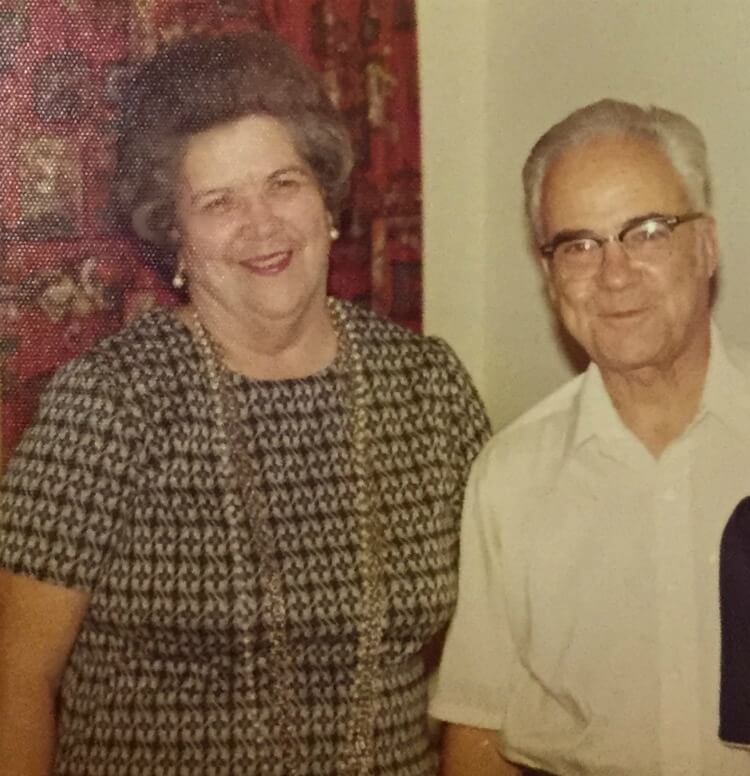 Being raised in an orphanage, my grandma had to make her way on her own.  She had to teach herself to do so many things from basics like cooking to managing her own finances. She eventually did marry in her late 20s to a much older man and didn’t have her first baby until she was 30 years old.  Then, in the 1950s, after having two children, she got a divorce and left her abusive marriage. Divorce was not something you did back then, nor was having a career outside of the home if you were a woman. But, my grandma pressed on. 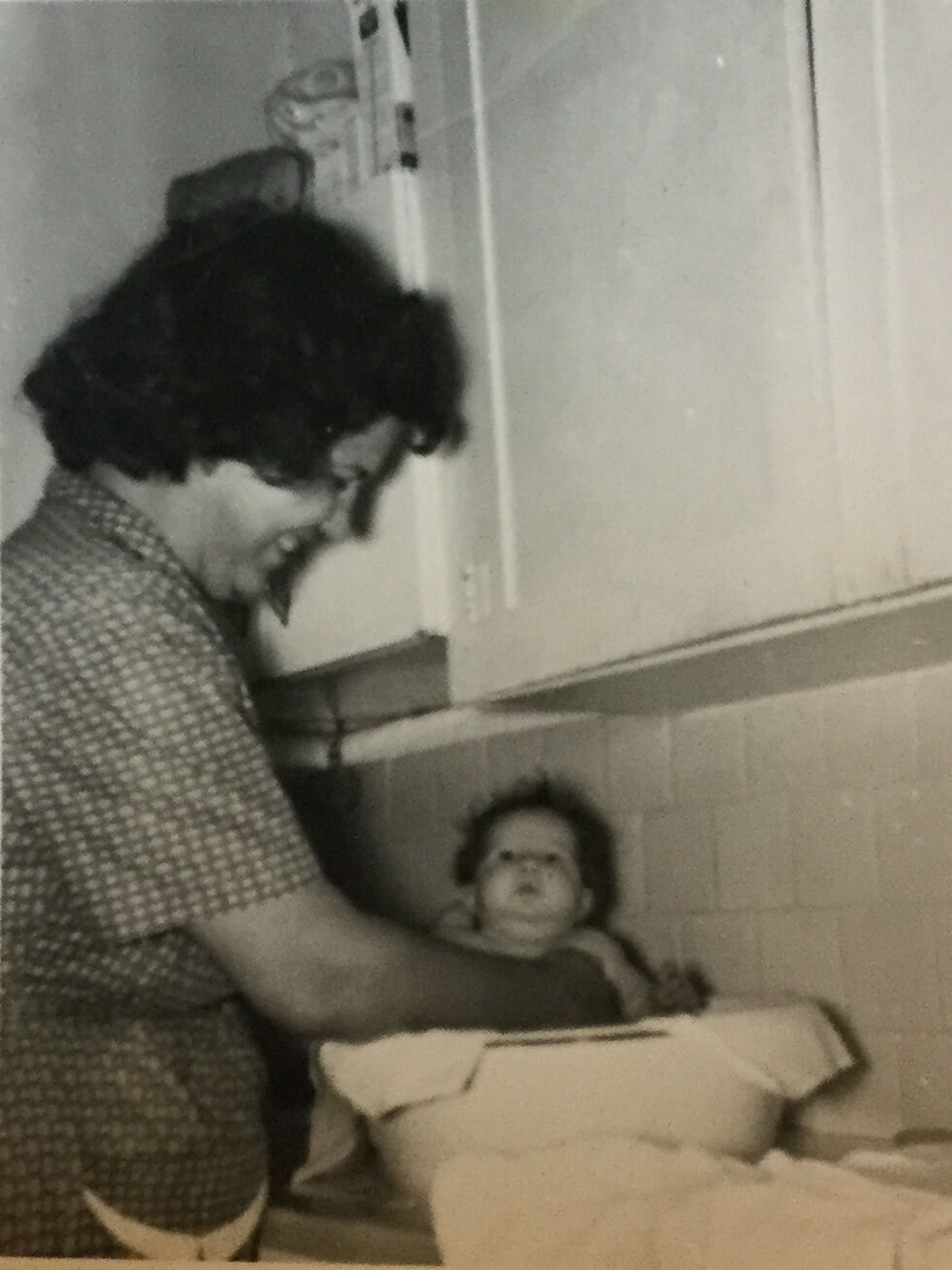 She held her head high, and raised two little girls all by herself.  One of her older sisters never married, so my grandma let her move in with her and the kids.  My grandma was strong and successful and moved her way up in the male-dominated world of the IRS.  She raised successful children, too.  My mom worked for more than 40 years in the medical field, and her sister went on to law school. 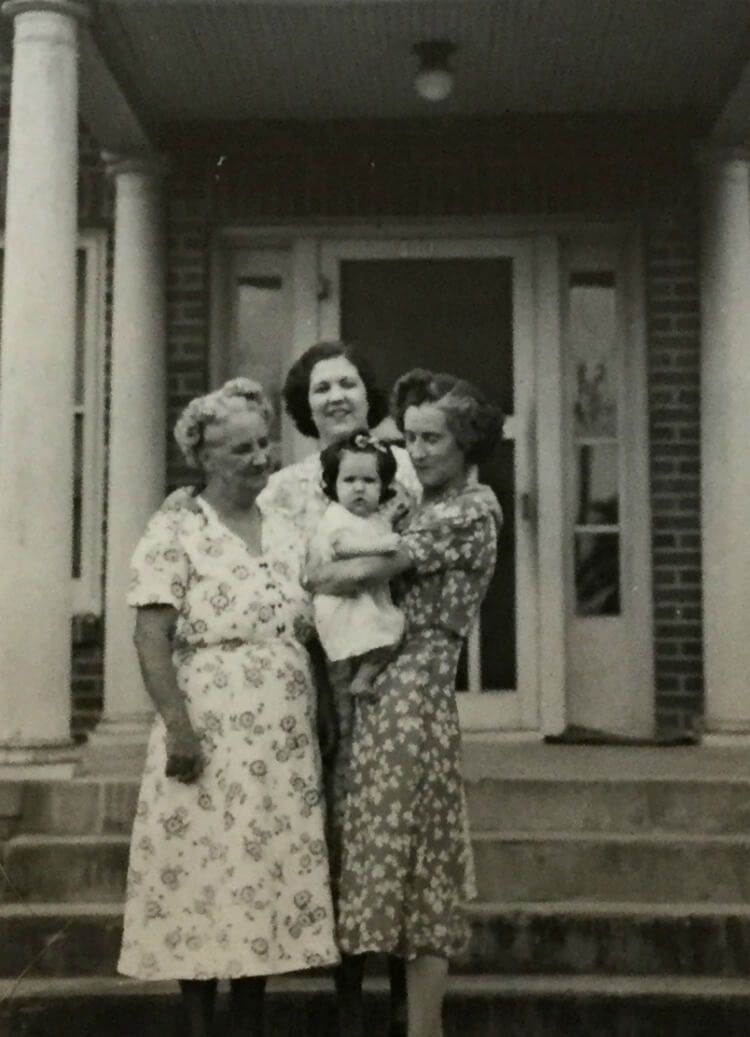 My grandma worked her tail off and made a career at the IRS.  In her twilight years, she was able to retire comfortably and enjoy life. 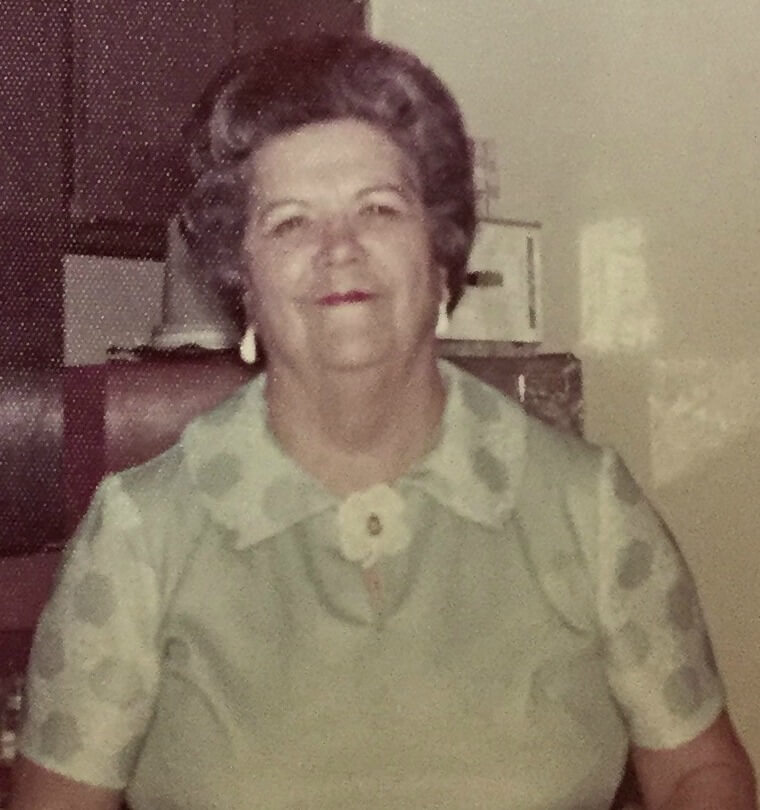 As a child, I spent a lot of time with my grandma.  We lost her my second year of college.  When I think of empowered women, I often think of her. She taught me how to play cards, bake a pie made with soft drinks, and told me fascinating stories from her life — like the time a piano tuner showed up at her house and went crazy! 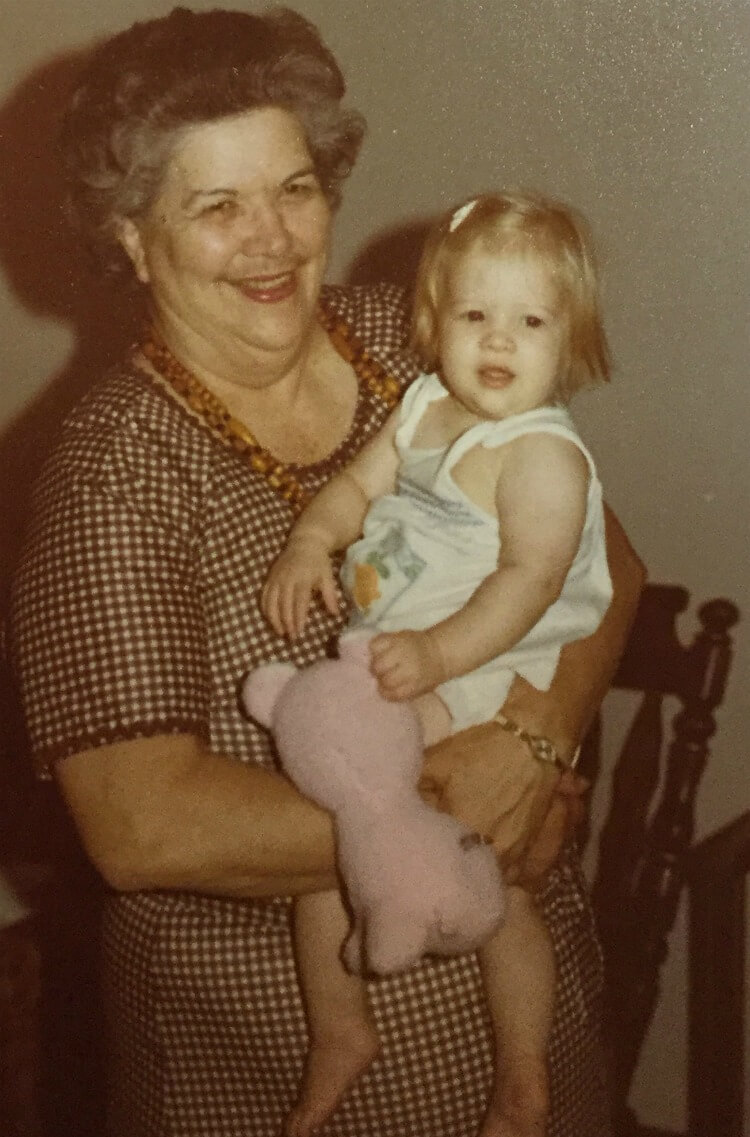 When I had to make the choice to leave a bad marriage with two young kids, she was who I often thought about.  If my grandma could do it successfully, then so could I. 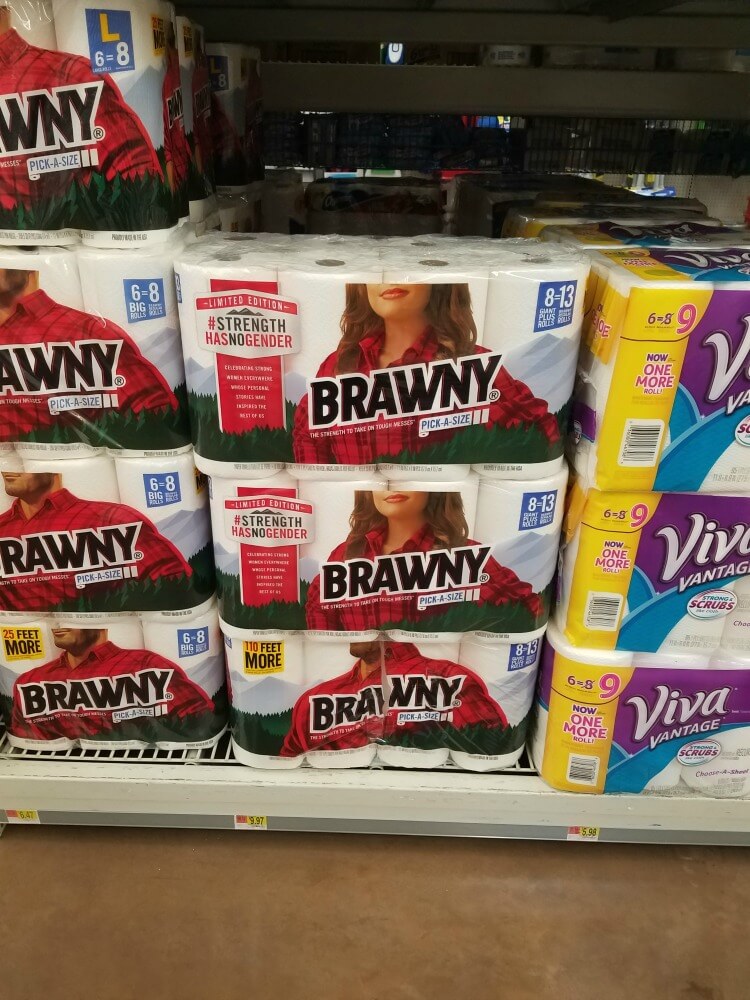 Like my grandma, everyday women across America are breaking down barriers and empowering others.  To celebrate these amazing women and their strength, Brawny® is offering an exclusive to Walmart, limited-edition Strength Has No Gender™ pack.

Whether you’re cleaning up after a toddler lunch or cleaning your hands after changing the oil, Brawny® Paper towels offer more sheets on every roll and can help you clean up whatever life throws down.

I love reading stories about strong women. My grandma also left a bad marriage back when divorce was not a thing. I admire all the women who have worked hard and set an example for us and I’m so glad that Brawny is celebrating women too.

Girl power! I look up to so many powerful women and love that they have paved the way for the rest of us.

What a wonderful story and memories you have of a strong woman in your family. Giving you example to live by everyday. As far as the packaging I rip it open and throw it away, don’t really care if is is a man or a woman.

I LOVE stories like this! I think that we all have the power to do empower ourselves and others! You grandma is awesome!! I love how you wrote this! It is SO obvious how much she meant to you.

I am a huge advocate for strong women. As a mother of 3 girls, I constantly remind them that they can do anything they put their minds to and that they are strong and beautiful. I love this campaign.

Love reading stories about string women who went thru a lot of challenges but still managed to get thru unscathed. So happy for you that you’ve found a great inspiration from your grandma.

It’s amazing how many ceilings our grandmothers had to break. I wish I could go back and really talk to mine about the discrimination they faced. #client

I love this blog post. As a mother of two daughters, and now two granddaughters, I am a huge advocate for strong women.

I love that Brawny is doing this. I also love all the stories about strong women that I have gotten the chance to read because of it.

Your grandmother sounds like an amazing woman. Whenever things get hard I think of some of the strong women in my family and all they have achieved through percistance.

Your grandmother sounds like an incredible woman and I enjoyed reading about her life . I think it’s so important for women to have role models like your grandmother so they can develop the strength that we will all need at some point in our life.

Great story and love reading about your memories. But those toilet rolls…..very empowering. (I live in the UK so we dont have that brand over here)

My grandma was a tough old bird as well. She’s still kickin’ even though she swore she would never make it to 100. Love this look from Brawny!

This brought some tears to my eyes. I miss my grandmother and all the strength she brought to our family.

Aww, wow! What amazing memories you have. This was so fun to read – and to learn about someone so important to you!