[disclaim]I attended an early screening in exchange for a review. All opinions are 100% mine. [/disclaim]

The Finest Hours is based on a true story of the greatest rescue by a small boat in the history of the Coast Guard.  In 1952 there was a terrible storm in New England, and two oil tankers, the SS Pendelton and the SS Fort Mercer, each split in half.  This is the amazing rescue of 32 men from the SS Pendelton by Bernard Webber and his crew. 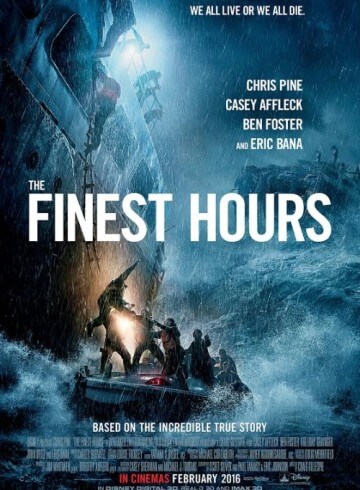 It started out with Bernie and Miriam’s love story.  I have to admit I would have loved a bit more of that because it begins with their first meeting, but it alludes to them talking prior to that. I think Holliday Grainer is just adorable.

I’m used to seeing Chris Pine play brash men like Captain Kirk in Star Trek, but in this movie he was very shy and sheepish.  No one seemed to really respect him.  He follows the rules because he doesn’t want anyone to think poorly of him.  When it comes down to it, he perseveres. They lose the compass and his windshield gets shattered in the boat, but he finds the stern of the tanker in the storm.  When they take that small boat out there, he’s the one who decides they aren’t leaving anyone behind on the tanker.

The other one who comes out of his shell is Casey Affleck’s character Ray Sybert. He had just been stuck down in the bottom of the ship and didn’t really have a leadership position until that moment.  The ship is cut in half, and the rest of the crew is trying to lower lifeboats.  He realizes it’s a dangerous situation and steps up and keeps coming up with plan after plan to save them. 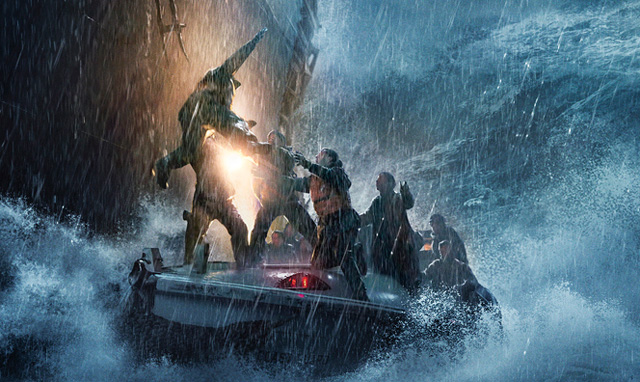 The setting was beautiful and looked very authentic to the 1950s.  It felt like it took you back to that place.  It seemed almost like a black and white movie because it was so dark and the storm.

We got to see the movie in 3D, which I think really helped suck you into the movie. I’d definitely recommend it. The special effects are amazing in this one.  It’s very cold and dreary.  When the storm comes in, it just gets intense.  I was gripping my seat and holding my breath for most of the movie.  You can feel the sense of foreboding, and even if you know the true story, you don’t know if they are going to make it.

When you go to the movie make sure you stay for the credits.  They show the actors alongside the real men along with all kinds of photos and newspaper clippings from when it happened. It was really fascinating to watch.

If you’re looking for a great action movie, this is definitely one.  It’s a great movie and a little bit of a love story, too.  I’d definitely recommend this for a family movie with tween and older kids.

What’s in My Diaper Bag?

Powered by Shark: A Vacuum that Cleans Enough...