This shop has been compensated by Collective Bias, Inc. and its advertiser. All opinions are mine alone. #NutritionWorthWaggingFor #CollectiveBias 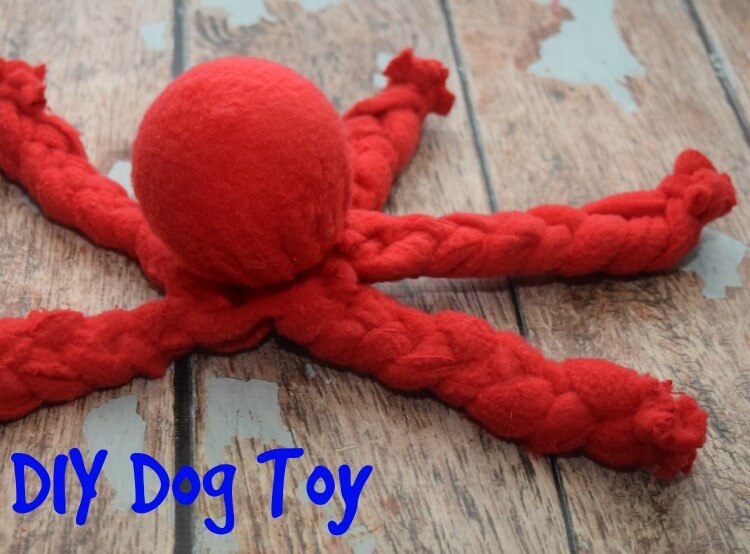 When we adopted our boxer dog,  Hank, he was skin and bones and only weighed 60 lbs.  We knew we wanted to give him the best and make his life a happy one.  He gives us so much joy.  Now he’s about 80 lbs and is happy as a clam. 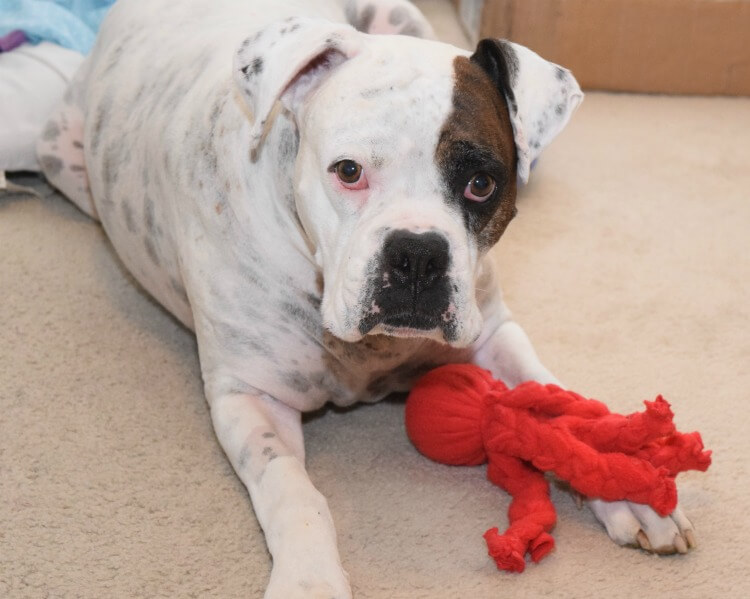 When he first arrived and we had the vet check him out, we discovered one of his big canine teeth was almost sideways and turning gray, and this meant it was dying.  If we didn’t get it removed, it could abscess and really make him sick.  A couple weeks ago, he had the surgery to have it removed.

This was a big deal that required stitches in his mouth because it was such a large tooth.  Since his surgery he’s only been able to have soft, wet dog food.  In a couple days he gets to go back for a recheck to make sure he’s all back to normal and can eat crunchy dog food again. 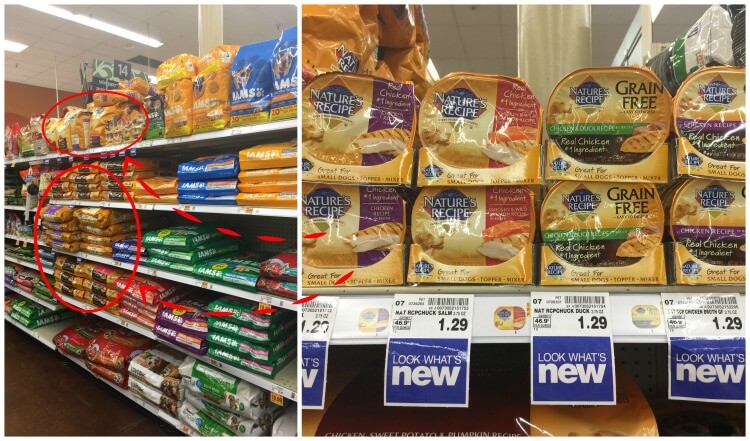 It’s been a challenge to find a good wet dog food that doesn’t upset his stomach.  Hank’s favorite has become Nature’s Recipe®.  I just recently found it at Kroger stores.  I like to buy him the Grain free Chicken in Broth recipe.  I love that you can see the real pieces of chicken.  Hank just loves the flavor, and it doesn’t upset his tummy.

It’s not a new product as it’s been around for more than 35 years!  Now, it’s newly available at Kroger, my favorite grocery store. 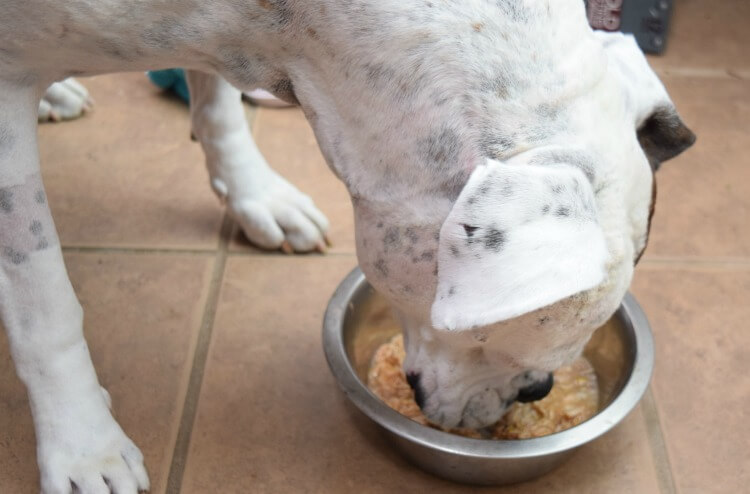 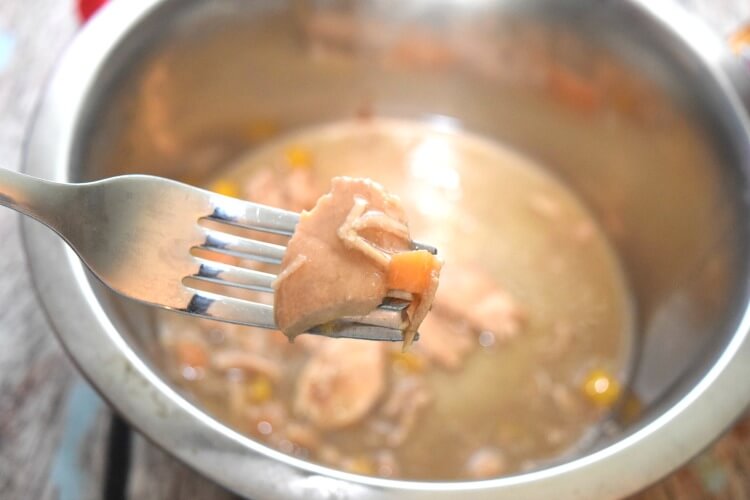 Another thing I do is indulge Hank a bit with his toys.  When we first brought him home, he didn’t really know what to do about treats or his new toys.  It took a couple months before he learned to even fetch a ball.  However, we realized his favorites were often the homemade toys.

Here is an easy DIY Dog Toy you can whip up for your dog, and it’s completely no sew! It’s Hank’s favorite toy. 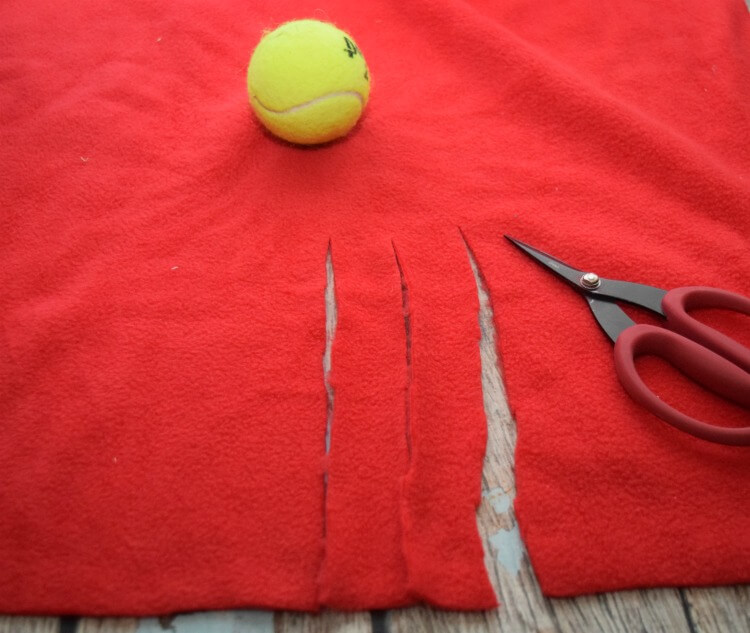 Lay the piece of fleece flat and cut a rectangle about 6 inches x 4 inches from each corner. 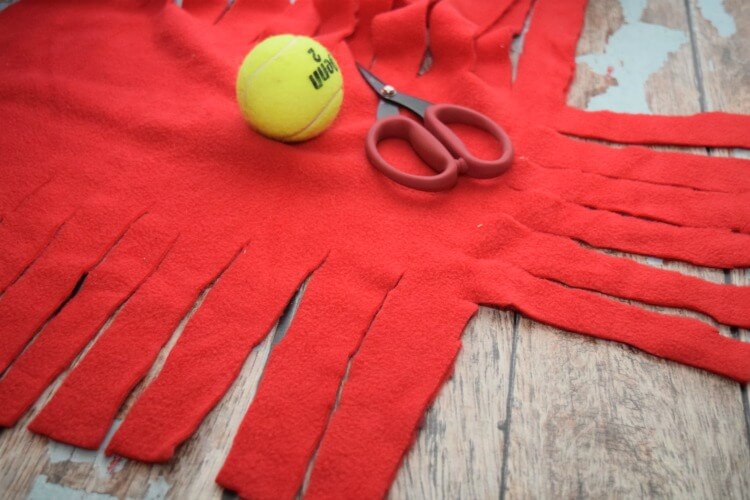 Cut 6-inch strips that are about 1-inch wide all the way around as shown. 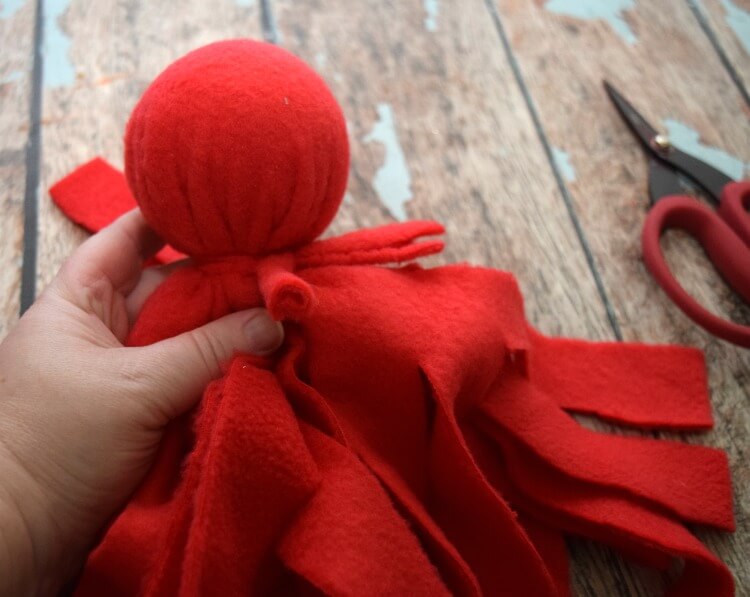 Place the tennis ball into the center of the fleece and gathered it up tightly.  Then, tie a scrap piece of fleece around it as tight as you can in a knot. 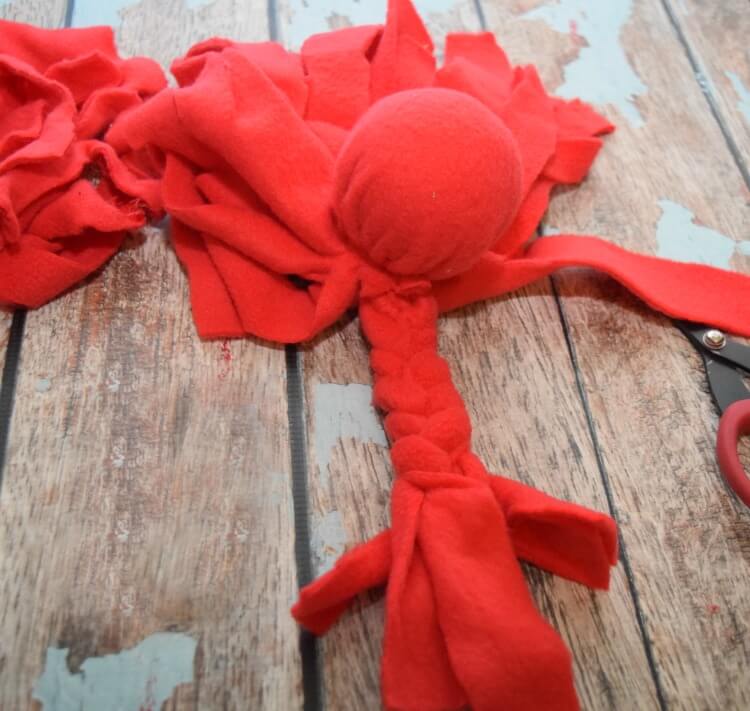 I like to make thick braids for him to chew on, so I use 6 strips to make the braids. As you section the strips for braids, you might need to cut them higher up to the ball.  I start with 6-inch strips, just so I have enough to cover the ball and then cut them higher as needed. 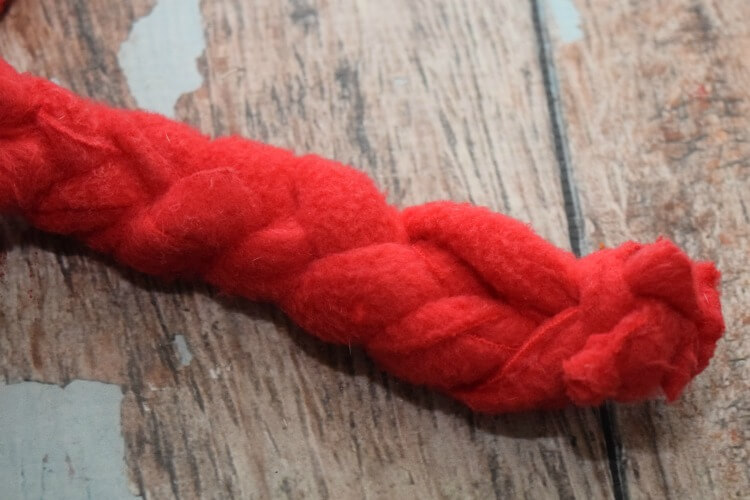 Once I’ve braided to the end, I tie a knot at the end.

Then, it’s time to share it with your dog. Hank gets so excited when he sees his toy. 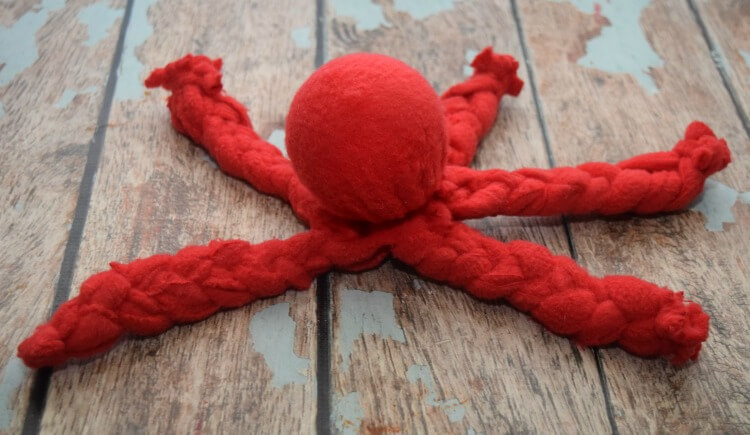 Learn more about the premium ingredients and great tasting dog foods from Nature’s Recipe.  Don’t forget to check them out on Facebook and Instagram, too!

MICKEY AND THE ROADSTER RACERS – WIN a DVD!

What a clever idea this is. I never would have thought to make something cool like this for my dog!

What a cute idea for a dog toy. Plus I love that it’s no-sew. I know my Max would love to play with this and eat the sweet potato rings.

This is such a cute dog toy! Hank is one lucky dog to have had you adopt him!

That’s fantastic that’s he’s improving and you found a wet food his belly can handle. Your dog toy idea is very creative, my dog would devour it.

OH MY GOSH your dog is the absolute sweetest! And what a wonderful idea for a toy! Very clever! My dog would destroy it in all of two seconds. He’s a monster. He destroys tennis balls. We can’t leave him alone with them. He’s a lab. I think it’s in their nature to destroy all the things. He even ate a hole through our basement wall – maybe it’s just our dog!

Awww poor thing! Thank you for rescuing him! I love that sweet potato toy! I’m sure my dog, Toby would love it too.

Great toy you made along with the doggie treats. Good to know you had the vet check him over and found that bad tooth before is got really complicated.

My FIL’s dog would love this. She will not eat dog food, so he cooks he special meals. This would be great for treats.

That’s a fun dog toy! Our pit bull would have that destroyed in minutes. He is so good at eating through anything.

Wow. This would be awesome for my fur baby. His stuffed toy monkey is about to retire, and I love this DIY toy you featured in this post. A sweet potato treat sounds awesome too. I will make a few and see how he takes it.

What a fun dog toy that is! I love how you made that one. I will share this post wiht a friend who has two dogs. Sweet potato is one of my fave foods too!

Aweh, this is such a cute idea! My dog wrecks toys after a few days so this is a great option without spending more money.

I would love to make a DIY toy for my baby!! I;m sure she would love it!!

This is one way to save money at the rip off pet store! What a clever idea this is…now I just need a dog (doesnt quite work as well with cats) 😀

We were just contemplating buying this brand yesterday! This toy is a brilliant idea! Our dogs lover their tennis balls.

Awwww, what a cute toy for dogs. I know a few dogs that would love to play with that toy!

You are so creative in creating that toy for your pet. Nice one. I’ll recommend this to my friends who have pets too as they can save some bucks on this. Also for the food. I love that its no artificials.

You have such a cute pooch, such expressive eyes! He looks like he is loving his new toy. What a great idea and so easy to make, thanks!